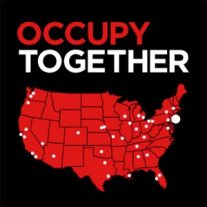 This is the eleventh communiqué from the 99 percent. We are occupying Wall Street. We will not be moved.

On September 27th, 2011, many friends participated in our democratic process.

General Assemblies are forming country-wide, worldwide. We are everywhere.

On September 27th, 2011, we marched on the Financial District’s Luxury Night Out, where couples wore outfits that cost more than

Occupied Boston doesn’t need a bullhorn to have their voices heard. They have the people’s microphone.

So does Michael Moore, who addressed us tonight.

Occupied Chicago was dispersed but not defeated. They will regroup and reoccupy.

So far at least 52 cities in America are occupied or organizing. We span at least three continents.

We are growing. Block by block – city by city. We will see change in this country, in this world.

It will happen sooner than you can imagine.

. And should also know that it has been doing so increasingly for over 30 years, as their power in the economy has radically increased, and with it their political power. That has set in motion a vicious cycle that has concentrated immense wealth, and with it political power, in a tiny sector of the population, a fraction of 1%, while the rest increasingly become what is sometimes called “a precariat” — seeking to survive in a precarious existence. They also carry out these ugly activities with almost complete impunity — not only too big to fail, but also “too big to jail.”

The courageous and honorable protests underway in Wall Street should serve to bring this calamity to public attention, and to lead to dedicated efforts to overcome it and set the society on a more healthy course.