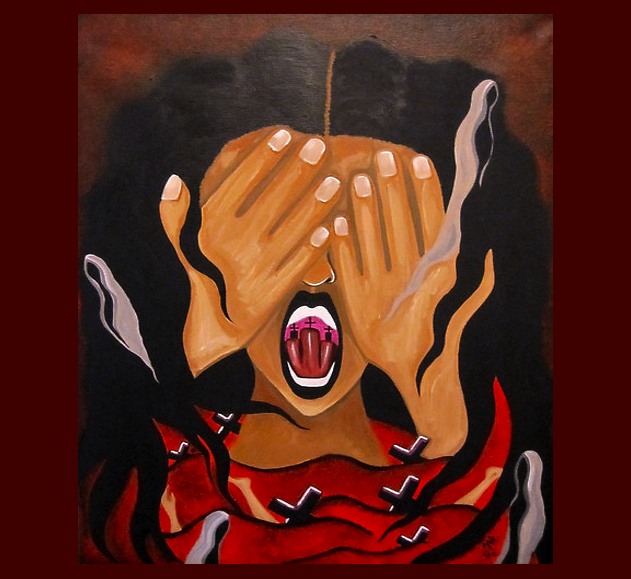 RIO DE JANEIRO, Nov 28 2013 (IPS) – The number of femicides – gender-related murders – in Brazil has reached civil war-like proportions. In just 10 years 40,000 women were killed in this country merely for being women.

Every year, between Nov. 25 and Dec. 10, the international community and women’s rights groups organise 16 days of activism against gender violence.

The idea originated with the Centre for Women’s Global Leadership, which in 1991 urged that the interval between Nov. 25 – International Day Against Violence Against Women – and Dec. 10 – International Human Rights Day – be dedicated to this issue.

In Brazil this year the activities have taken on special importance because on Dec. 3-4 a meeting will be held in the southern city of Porto Alegre to draft the civil society shadow report to be presented to the committee on the Convention on the Elimination of Discrimination against Women (CEDAW), when it meets in February in Geneva.

The alternative civil society report is aimed at providing support for the CEDAW committee’s assessment of the Brazilian government’s actions to combat trafficking in women and improve women’s health.

“These days of activism give greater visibility to the gender rights agenda,” Ingrid Leão, the coordinator in Brazil of the Latin American and Caribbean Committee for the Defence of Women’s Rights (CLADEM), told IPS. “Violence against women has come out from under the rug, and society now sees it as a reality and not something that people have invented.”

And the projection for this year in Brazil is 4,717 femicides, which are defined as “the killing of females by males because they are female.”

But violence against women is broader than that, noted Leão, who cited other manifestations, such as psychological, economic, sexual or symbolic.

A law stiffening penalties for domestic violence has been in effect in Brazil since 2006.

It is known as the “Maria da Penha Law” for the name of a pharmacist who was beaten by her husband for 14 years. In 1983 he tried to kill her twice, leaving her paraplegic after shooting her in the back while she was sleeping, and then trying to electrocute her in the shower when she returned from the hospital.

With CLADEM’s support, Penha filed a complaint before the Inter-American Commission on Human Rights (IACHR). It was the first gender violence case taken up by the regional body which forms part of the Organisation of American State, and led to a 2001 landmark ruling that held the Brazilian state guilty of negligence and failure to take action against domestic violence. 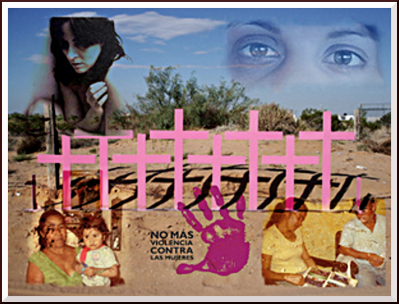 Besides CEDAW, which was adopted by the members of the United Nations in 1979, Brazil signed the Inter-American Convention on the Prevention, Punishment, and Eradication of Violence against Women in 1994.

“How can we still live with this level of violence against women, despite 40 years of denunciations of this problem?” Télia Negrão, an expert with the National Feminist Network for Health and Sexual and Reproductive Rights, remarked to IPS.

She said there is no typical profile of a domestic violence victim, because the problem cuts across all social classes, races and age groups. “All women, just because of their gender, are vulnerable and are objects of violence,” she told IPS.

But Negrão, who is also the head of the Coletivo Femenino Plural, a women’s rights group, stressed that the degree of vulnerability is exacerbated by social inequality, poverty, low educational level, limited labour opportunities, low incomes and living in areas where levels of violence are high.

In a protest, the mother of a young pregnant woman murdered in Pernambuco demands Brazilian women’s right to a life free of violence. Credit: Emanuela Castro/IPS

“These women have few social instruments to resort to. For women without a degree of autonomy it is harder to escape from a violent situation,” she said.

The victims must also be given access to emergency contraception, and in case of pregnancy, they have the right to an abortion, which is generally illegal in Brazil.

“Full citizenship means the enforcement of human rights. We have achieved a great deal, but not enough,” argued Negrão, who since 1985 has taken part in monitoring Brazil’s compliance with international conventions.

In the shadow report for the CEDAW committee, “we will include concrete incidents [of discrimination] that the Brazilian state won’t mention, because no government wants to expose itself in the international sphere,” she commented.

In its 2012 meeting the CEDAW committee stressed two points: internal and international trafficking of women, for which it called for concrete measures, and the need for unified legislation regarding women’s health.

In a report released in early October, the Secretariat for Women’s Policies ascribed to the Office of the President underlined that reports of trafficking increased by over 1,500 percent in the first half of the year, from the same period in 2012.

Between January and June, the dedicated 180 hotline for victims received 263 calls, of which 173 referred to cases involving international human trafficking and the rest to cases inside Brazil. In 34 percent of the cases, the victim’s life was considered to be at risk.

“The pace with which measures related to trafficking are being adopted is very slow, and the responses are too. We do not currently have the capacity to assess the magnitude of the problem,” Negrão said.

Estela Scandola, a civil society representative on the National Committee to Fight Human Trafficking, told IPS that Brazil has not managed to put into practice a state policy to address the crime.

“We have a government policy thanks to a decree. We need external pressure. Trafficking in persons highlights flaws in a country’s development process,” she said.

She argued that it is civil society’s role to denounce the Brazilian state’s failure to implement adequate policies to tackle trafficking.

“The impression is that getting anything done takes a long time. The red tape is never-ending,” she complained, referring to the delay in implementing the Second National Plan to Combat Trafficking in Persons and in creating the National Committee against Trafficking, which has been held up by a lack of funds.
Scandola said the civil society report to the CEDAW committee would underscore the lack of adequate policies.

She said the authorities have the means to prevent trafficking and exploitation of women in high-risk areas, such as the big hydropower dams and other infrastructure construction projects around the country, which have attracted large numbers of workers from other regions. 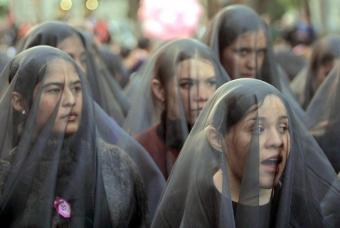