Anger on the Streets, Panic in the Corridors of Power

The establishment, both inside and outside Spain, is clearly alarmed at the scale and intensity of public anger in the country. In 2013 alone, there were 6,000 demonstrations, 84 of which turned violent according to police figures. What’s more, in the European elections, Spain’s two main establishment parties failed, for the first time in decades, to cobble together 50 percent of the vote.

The causes of public outrage are plain to see. The real economy continues its vertiginous decline while political corruption is at an all-time high. The collapse of the cajas (savings banks), which functioned for decades as financial outposts of the country’s two main political parties, has cost the public well in excess of 100 billion euros, yet not a single senior executive has seen jail time and almost all have held on to their ill-gotten gains.

The King of Spain, Juan Carlos I, broke with hundreds of years of constitutional precedence this week by announcing his intention to abdicate from the throne. The two official reasons cited for this historic move are: a) the King’s deteriorating health; and b) the need to reinvigorate the country with reforms spearheaded by a younger head of state – namely Juan Carlos’ 46 year-old son, Felipe de Borbón.

However, it’s not just the banks and political institutions of state that have squandered the faith and trust of the people. The highly politicised judicial branch has been mired in scandal, while the royal family’s own reputation has been soiled by revelations of the King’s son-in-law Iñaki Urdangarin’s extortion of millions of euros of scare public funds through his non-profit organisation, the Noos Institute. His wife and the King’s daughter, la Infanta Cristina, is also named as a suspect in the case, and both husband and spouse now face the humiliating prospect of being sentenced — albeit leniently — for embezzlement.

Even the King himself, once a highly regarded head of state (despite his extramarital transgressions and alleged dodgy business affairs), has seen his reputation – like his health – crumble. The final straw came in late 2012 when a photo was published showing the King, a long-serving honorary president of the Worldwide Fund for Nature, standing proudly beside a fallen elephant he had killed during a hunting expedition in Botswana – an expedition paid for by a billionaire Saudi friend and business contact.

Such coziness between the King and powerful business interests – both national and international – is nothing new. For decades Juan Carlos has served as an exemplary account manager for Spain Inc., enriching Spanish corporations by leveraging his close links to authoritarian rulers in the Middle East and North Africa.

Indeed, a week before announcing his intention to abdicate, he was in Saudi Arabia, cane in hand, to promote Spanish business interests – in particular the involvement of Spanish firms in the construction of a high-speed rail line between Medina and Mecca worth over $9 billion. “The support of the King has been essential to the success of this great project, as well as the image of Spain throughout the world,” said Spain’s minister of trade and development, Ana Pastor.

Naturally, promoting the country’s business and financial interests is a vital and necessary function of any head of state. It’s quite another thing, however, when those same interests become a source of vast, undeclared wealth for the head of state, as “seems” to have been the case in Spain.

On his travels, the monarch can accept gifts in the name of the Spanish government, but there is no public list of the presents. Over the years, he has received yachts, an island home and luxury autos to add to his large collection of cars, provoking caustic Twitter messages like, “The Spaniards in slippers and the king with 70 cars.”

Due to the opacity of its accounts, there is no official estimate of the royal family’s total fortune but recent guesstimates, including one by the NYT, provide a range of between 1.7 and 2.3 billion dollars – not bad for a royal household of supposedly modest means and whose official annual budget is currently 8.7 million euros (10.7 million dollars). 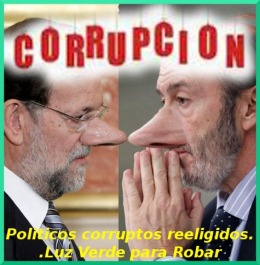 As Belén Carreño exhaustively documents in El Diario, the court of Juan Carlos has always functioned as a “Capitalism of Buddies” – or otherwise put, a Royal Kleptocracy.

The direct beneficiaries of the King’s patronage include esteemed names such as Emilio Botin, the chairman of Spain’s largest bank, Grupo Santander, whose father many moons ago paid for the King and Queen’s royal honeymoon; and Juan Miguel Villar Mir, a former close friend of Franco who, in 1987, bought his first construction firm (now the behemoth OHL) for the measly price of one peseta and who, in 2011, was made marques by the King.

The names listed by Carreño read like a Who’s Who of the wealthiest and most powerful families of the Franco dictatorship – all of whom have managed to massively expand their wealth and power in the last 40 years of constitutional monarchy. In many ways they owe their success to the King, the man universally credited with overseeing Spain’s smooth transition from a brutal dictatorship to a partial democracy, but who also safeguarded all the privileges and power of the dictatorship’s ruling caste. It’s almost certainly no coincidence that Spain remains one of the most difficult countries, not only in Europe, but in the world, for setting up a business.

Now, as the game of thrones begins in earnest, it is the King’s turn to seek refuge from the law. As the sovereign head of state, he has enjoyed full judicial immunity for 39 long years. However, once he abdicates, that immunity, like tears in the rain, will be quickly forgotten. Hence, the Royal Household and government’s desperate urgency to get Juan Carlos’ distinguished name added to the list of 10,000 aforados — senior officials and politicians who essentially enjoy complete immunity from common law and can only be tried by the government-appointed judges of the Supreme Court. In the perfect indictment of the state of democracy and leadership in post-Franco Spain, the primary instinct of the country’s unelected hereditary ruler on resigning his post is to insulate himself from criminal prosecution.

The System is Dying, Long Live the System

What these historic developments portend for the long-term future of Spain is for the moment hard to discern. What is clear is that the King’s abdication will be voted on in Congress on June 11 and in the Senate six days later. Given the natural inclination of Spain’s two mainstream parties to uphold the status quo (to which they both belong), the results are a foregone conclusion. Indeed, according to some reports, the champagne-and-caviar socialist party, PSOE, will be flexing its whip to ensure that as few of its MPs as possible vote according to their conscience.

All of which means that on June 19, Prince Felipe will take over the throne from his father. In the interim, hundreds of thousands of republicans — representing roughly 30 percent of the population — will continue to fill Spain’s sun-dappled city streets and plazas, demanding a referendum on the future of the monarchy. For their part, the political parties and media on the far (or better put, “real”) left are calling for the outright abolition of the monarchy. Needless to say, their cacophony of voices will fall on deaf ears. 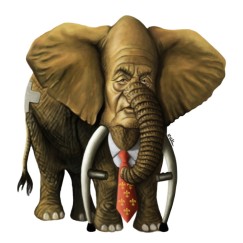 With multiple threats on the horizon, including a new round of Troika-imposed austerity measures (already in the pipeline), the ECB’s stress tests in November (with the prospect of subsequent bail outs, or even bail-ins) and Catalonia’s independence “consultation” (also scheduled for November), Spain’s post-Franco establishment – comprising the government, the monarchy, the military, the courts, big banks, big business and big media – is desperately closing ranks. Order and stability, cloaked in the cheap illusion of hope and change, are once again the order of the day.

According to Juan Luis Cebrián, the senior editor of banker-owned El País and attendee of last week’s Bilderberg meeting (along with the King’s oft-estranged wife, Queen Sofía of Spain), the constitution will need to be tweaked in order to placate some of the demands of more moderate Catalans. Only by sowing division and discord in the ranks of Catalonia’s independence movement will the establishment be able “to guarantee the continuity of the system born out of Spain’s ‘democratic’ transition.”

What Cebrián conveniently ignores is that the system he would like to see safeguarded has already lost all democratic legitimacy, serving as it does merely to protect the venal interests of the few and powerful — people, indeed, like himself — at the expense of everyone else. As I wrote in Fear, Loathing and Collective Amnesia in Crisis-Hit Spain, now that the largely EU-funded honeymoon is well and truly over and Spain has begun to retrace its long-term trajectory of economic decline, the unhealed scars and age-old divisions — both between regions and political ideologies — are resurfacing.

As such, the politicians can do as much constitutional tweaking as they want; in reality the system is probably already beyond repair. And it’s unlikely that a new king — even one as young, tall, handsome and well-groomed for the role as Felipe — will be able to save it.By Don Quijones, Raging Bull-Shit

“The people must pay” if they want to maintain the current levels of public services, warned James Daniel, the man in charge of the IMF’s mission in Spain, who, as an employee of the IMF, pays no income taxes  to any country. Read….Wreckonomics: Troika Accelerates Demolition of Spain’s Economy

By Don Quijones, freelance writer and translator in Barcelona, Spain. Raging Bull-Shit is his modest attempt to challenge the wishful thinking and scrub away the lathers of soft soap peddled by our political and business leaders and their loyal mainstream media 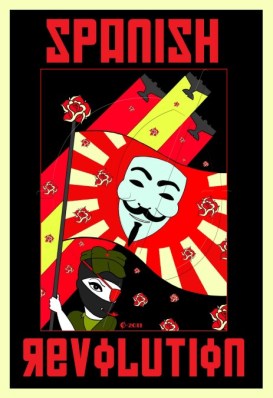 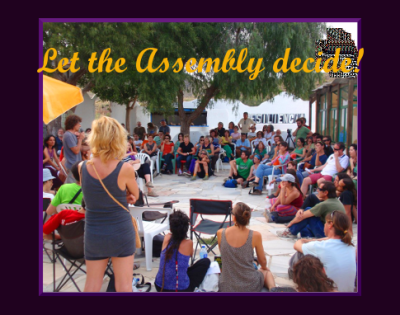 One thought on “Spain’s Musical Thrones: Desperate Move by a Desperate Regime”