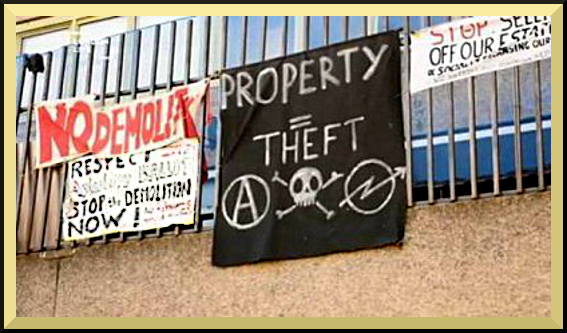 *We wondered where our wages went*

*We wasted most by paying rent*

*Since, we’ve learnt to change our lot*

*Now we’re living in a squat*

Two weeks ago we occupied the Aylesbury estate. The first block we took was violently evicted and we opened a new block, one the council had smashed up to prevent us from occupying. We are doing it up and plan to stay. 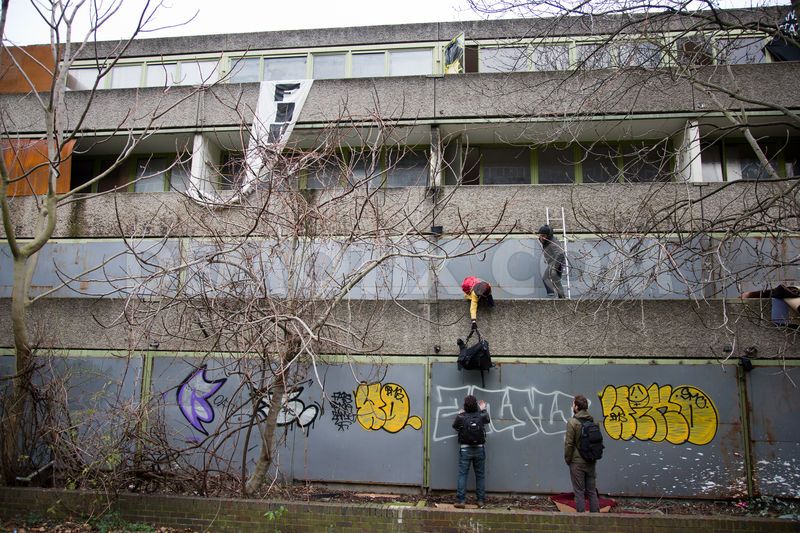 We are squatters, not housing activists. By moving into empty, neglected buildings, we fight to carve out a space for ourselves in this merciless money-dominated city. We aren’t here to fight on anyone’s behalf but to fight in solidarity with the residents of Aylesbury.

We are the generation who has nothing to defend: no council housing and no homes we own, no sense of belonging to any place, just endless badly paid, insecure, dead-end work. So we squat, constantly moved, our belongings taken, constantly hassled by police and bailiffs. But, as we do, we find others and together achieve some freedom from the state and landlords and some power to take control over our lives.

Squatting was criminalised at the same time as estates were being destroyed all over London. At Aylesbury we find a struggle like our own: a fight against eviction and for space in which we can not only survive but really live. Squatters and tenants unite!