By Kaos. International .  google translation. The new law will allow companies to fire workers by reducing benefits without going into losses and sick leave depend only on collective agreements and cease to be guaranteed by law. Compensation for unfair dismissal will also be reduced: it will take a minimum of 12 months’ salary for 6 months and only if the worker had at least two years in the company.

The state of emergency, labor reform, opposition to the construction of a new airport in Nantes and the convergence of many more struggles have crystallized in a camp in the Place de la Republique in Paris. The Convergence of struggles group called not go home after the general strike on March 31 against the labor law and stay up all night (Nuit Debout). Although the original call was limited to Paris, they had called in at least 20 other cities. The protest only caught on in Paris, Lyon and Nantes. In Bordeaux and Caen demonstrators they were evicted by police. A theater has been busy in Toulouse.

Between 5 and 6 am, concentrations in Paris and Nantes have been evicted by police peacefully. More than 100 riot police have surrounded the audience and forced to go underground, pushing the shields to those who offered passive resistance. It has lived a moment of tension when a fall occurs in the descent to the subway but the incident has not gone higher. The police have forced the last protesters who chose not to disperse to enter trains  . After the eviction, protesters called to meet again today 1st April at 18.00 in the Plaza of the Republic for another night stands.

“This system is imposed on us, government after government, the price of multiple forms of denial of democracy. The proposed labor reform will be slowed and Manuel Valls fall. We will not return home after 31 long as they bent on building a world for us, but against us, “warned the demonstrators.

In its statement, Convergence of struggles called “our fellow citizens to hold public space on March 31, 2016, to jointly build a just and emancipatory society.” The organizers of the protest are defined as “women and men of all backgrounds, social and political actors, spontaneously gathered around the dynamics generated by the film François Ruffin Merci, patron!”. The organizers invited in his statement “to all those who, beyond their opposition to destructive Labour Code, aspire to build an ambitious politician, progressive and emancipatory project, to join us at the end of the demonstration of March 31”.

The call of ‘Nuit Debout’  #Nuitdebout, in Paris was at 18.00 in Piazza della Repubblica, a few hours after the demonstration unit of the general strike. Although the rain marked the day of general strike in Paris and much of France, at sunset gave a respite. The planned program included a presentation by economist Frédéric Lordon anti-austerity, a series of concerts and the screening of the documentary Merci, patron! with citizens’ assemblies in parallel “to lift a state of ongoing struggles and to build convergence.” The organizers have raised a number of shops including a place of restoration and an infirmary.

The Republic Square is the traditional point of manifestation of Parisian and where spontaneous tributes to the victims of the attacks took place January and November left.

Merci, patron! It is a ‘mockumentary’ released on February 24 in French theaters. Still in theaters. The film, which has been viewed by over 160,000 viewers a month has caused a stir in the Gallic country. A family farewell Bernaud a company owned by Arnault, the richest person in France, seeking compensation with the help of film director, François Ruffin. Fakir he founded in 1999, a newspaper in social research paper without advertising or grants. “Fakir is not linked to any party, no union, no institution. He is angry with everyone or almost “, announced from its first issue.

The protest took place in a state of emergency throughout France, decreed after the attacks of November 13 and will be in force at least until April. The March 31 demonstrations have mobilized 1.2 million people according to union organizers, 390,000 demonstrators according to authorities. Labor law will be debated during the months of April and May in the National Assembly and Senate. The unions have called for new demonstrations on 5 and April 9 and “until the withdrawal of the bill”.

In France there was now a successful general strike, broad impact on many cities around the French State and has happened to them set up a camp as 15M in the Spanish State in 2011: sources consulted reported that this action is for only 3 days but it is likely to decide to extend it. “French 15M” beginning tonight has been called “Nuit Debout” which means “night stands” or “night awake.”

Paris: Assembly, Direct Action, Anarcosindicalismo and Self-management, have been the ideas forces in the General Strike.

More than a million French take to the streets in a total of 266 demonstrations across the country against the proposed labor reform. Institutes, schools, transport and media have supported the strike.
General strike in France. The Paris region has dawned with jams were around 430 kilometers before nine o’clock, twice a normal day. The emblematic Eiffel Tower and the Palace of Versailles has remained closed throughout Thursday.

176 institutes have been blocked by the striking students throughout France, according to the ministry. Faculties around the country have not opened due to physical locks. Newspapers have not reached due to unemployment kiosks in print.

The National Society of French Railways has estimated that 24.2% of the railway are on strike. The civil aviation authority has asked cancel 20% of scheduled flights to Paris Orly airport. 100% of the editors of Le Parisienhan supported the strike. In addition, many impromptu demonstrations have causadocortes temporary roads and tram tracks and trains throughout France.
1,200,000 people have taken to the streets to protest against labor law in 266 demonstrations and rallies planned for Thursday, according to union organizers General Labour Confederation (CGT) and Force Ouvriere (FO). The authorities estimated at 390,000. Week of March 9 protesters mobilized 450,000 according to unions, 224,000 according to police. Both unions have announced new demonstrations and strikes 5 and April 9 and “until the withdrawal of the text”.

The strike is called by four unions and three student interprofessional organizations. The bill will be debated during the months of April and May in the National Assembly and the Senate.

In Paris, despite the rain, between 26,000 and 28,000 they have been expressed according to police. Around a hundred people have gathered from 18 hours in Republic Square for Nuit Debout (night stand). It aspires to be a 15-M type occupation and camping in public spaces and a “Citizen Permanent Assembly”. Other planned activities include concerts and screenings of a documentary. Prefectural have permission to remain in the square until 2230. There are other calls in at least 21 cities.

The mass demonstrations in many cities have ended with clashes between police and small groups of protesters.

The general strike Thursday was called by four unions and three student interprofessional organizations, including the General Confederation of Labour (CGT), the first union by number of union representatives. “It offers complete freedom to employers and would be a historic setback rights for workers’ complaint CGT. The Movement of Socialist Youth, an autonomous organization of the Socialist Party, is also opposed.

This labor reform comes after years of lobbying and requests from international organizations such as the European Commission or the German Government to make an adjustment in the similar to other European countries such as Spain, which Prime Minister Manuel Valls admits is inspired labor legislation.

Labor Minister, Myriam The Khomri defends this reform proposed “while new flexibilities companies to improve the competitiveness of our economy and new protections, new rights for employees” and considers it “a real boost for social democracy of our country. ”

The new law will allow companies to fire workers by reducing benefits without going into losses and sick leave depend only on collective agreements and cease to be guaranteed by law. Compensation for unfair dismissal will also be reduced: it will take a minimum of 12 months’ salary for 6 months and only if the worker had at least two years in the company. 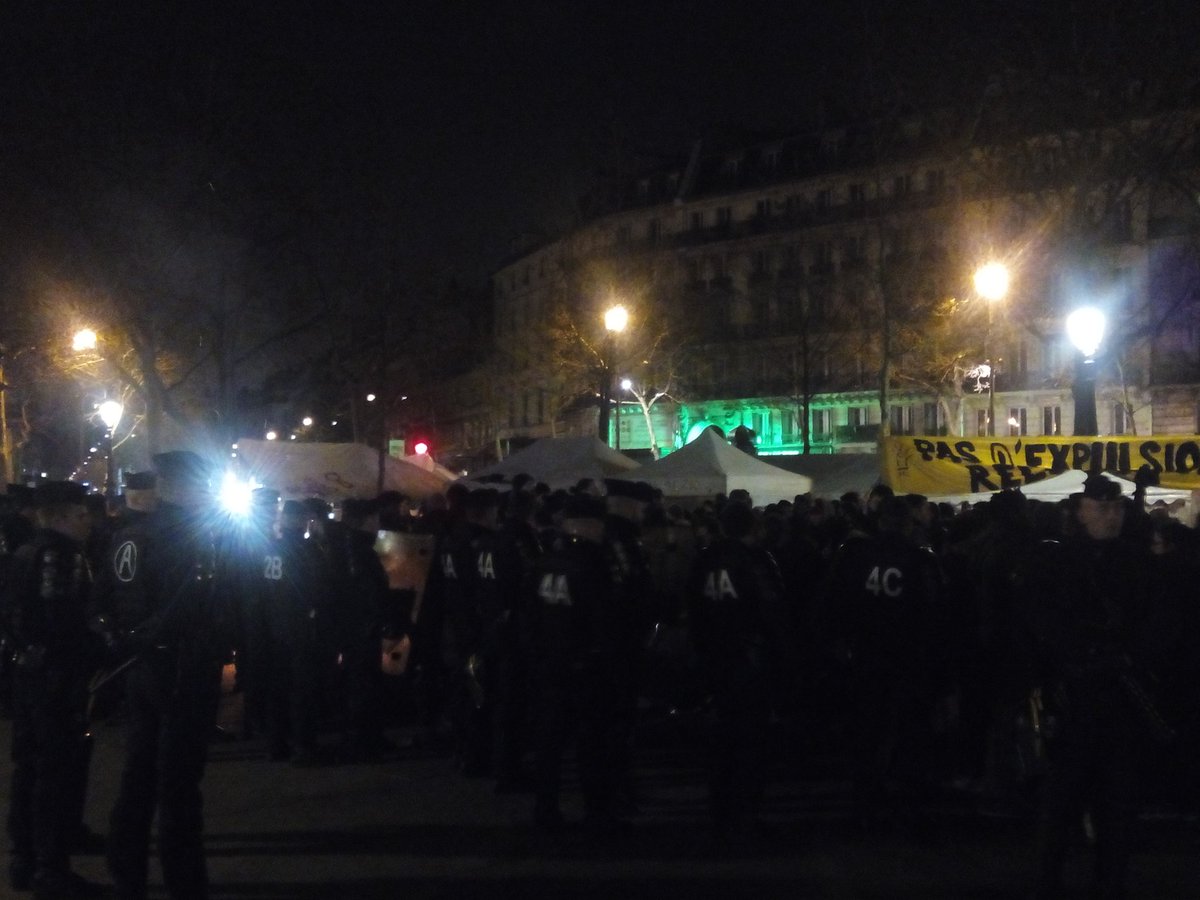 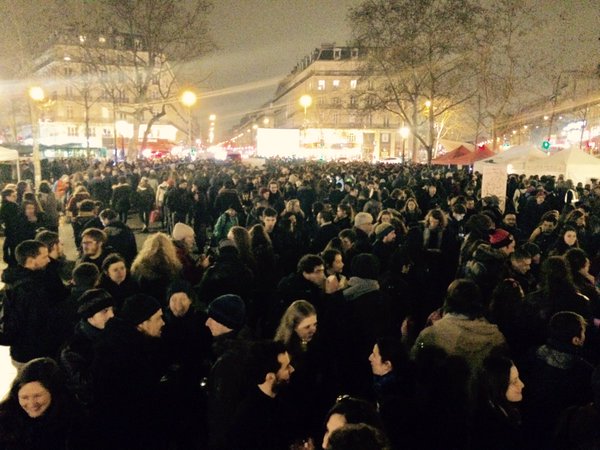