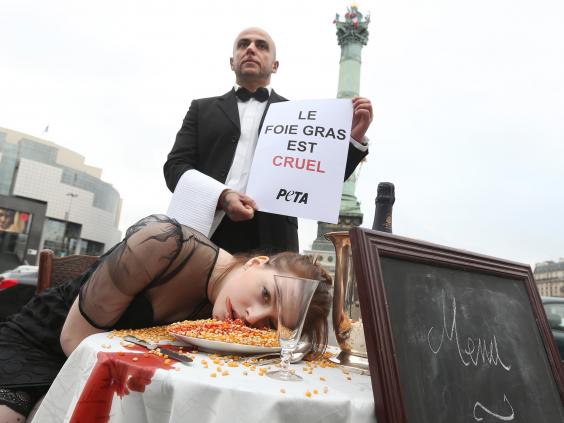 From daily The Independent in Britain:

Producers of foie gras have said they will lose millions of euros as France introduces a three-month ban on production.

The measure, which has been prompted by a bird flu scare, means breeders in 18 départments in south west France will not be allowed to have any ducks or geese in their slaughterhouses until August.

Foie gras – or fattened duck or goose liver – is considered a delicacy by some but is denounced as cruel by animal rights campaigners due the practice of force-feeding.

Breeder Florence Lasserre told the France Info news channel that her gavage room – meaning the room where the birds are force fed – was currently empty.