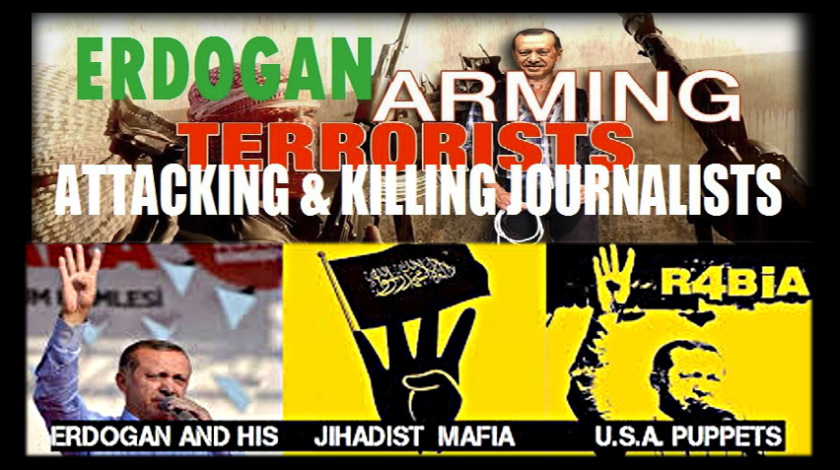 Turkey Threatens Europe: “Unless Visas Are Removed, We Will Unleash The Refugees”

by Tyler Durden     Following months of appeasement of Turkey’s dictator Recep Erdogan, Europe has found itself surprised that as it yields to every incremental demand, Turkey simply asks for more and more.

One such example was chronicled by the FT earlier today in “Turkey demands EU hands over €3bn for refugees” in which we read that “a row has erupted between Turkey and the EU over billions of pounds in aid for Syrian refugees, casting fresh doubt on a fragile deal to halt the flow of people towards Europe.”

Erdogan’s argument is that he wants the money to be transferred over to him directly to dispense with as he pleases, while Europe insists that UN agencies oversee that the money be spent as designated for refugee needs, instead of funding another wing for Erdogan’s palace.

Of course, the only reason why Erdogan is confident he has leverage is because Turkey is currently hosting over 3 million Syrian refugees that is holding back from flooding into Europe once more, potentially resulting in the most acute episode of Europe’s refugee crisis.

Erdogan has been successful in that, because as the following chart shows, for the first time since April 2015, more refugees arrived in Europe via Italy than on the path through Greece to the east. The flow of migrants through the Aegean Sea has waned since the European Union and Turkey struck a deal in March to send refugees back that arrive in Greece.

However, this potential onslaught of Europe-bound refugees is also Erdogan’s biggest trump card: should Europe deny anything Turkey wants, he will simply open the gates leading to spiraling political chaos of the type already seen in Austria and Germany where anti-immigrant parties have stormed higher in the political polls in recent months.

Confirming precisely that, was a warning by Burhan Kuzu, a high-ranking deputy for Turkey’s ruling AKP party and former adviser to President Erdogan, who said that Ankara will send migrants back to the EU if the European Parliament won’t grant visa-free travel to Turkish citizens.

Kuzu made several statements on Twitter in anticipation of Wednesday’s session of European parliament, at which visa exemption for Turkish nationals in the Schengen zone, as part of a migrant deal between Brussels and Ankara, was to be discussed.

“The European Parliament will discuss the report that will open Europe visa-free for Turkish citizens. If the wrong decision is taken, we will unleash  the refugees!” in what was an unmistakable threat.

He also told Bloomberg: “If Turkey’s doors are opened, Europe would be miserable.“

“Europe is on the edge of an important decision: It will decide on Turkey’s visa-free travel rights today. If a positive decision comes out, this is also a benefit for Europe,” the MP wrote in a separate tweet.

As RT writes, it’s not the first time the deputy has threatened to flood Europe with over 2 million migrants from North Africa and Middle East, stranded in Turkish refugee camps.“Finally the EU understood Turkey’s stake and loosened its purse strings. What did we say? ‘We will open the borders and set Syrian migrants on you’,” he wrote back in December 2015.

But in the worst news for Greece, and an indication that Erdogan’s gambit is no longer working, EUobserver wrote earlier that the European parliament had “quietly” suspended discussions of visa-free travel for Turkey Monday. 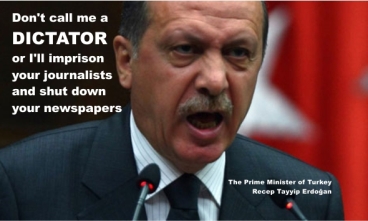 EU parliament chief Martin Schulz put the debate on hold because Turkey had not yet met all EU visa-free criteria, said Judith Sargentini, a Dutch Green MEP. According to the site, the move is aimed at putting pressure on the European Commission so that it would take a firmer stance on Turkey fulfilling its part of the deal.

“The ball is back with the European commission,” one of the MEPs told EUobersver, while the other stressed that the suspension will “make the parliament more important.”

The reason for the visit is because on May 4, the European Commission proposed to the European Parliament and the EU Council to lift visa restrictions for Turkish citizens, if Ankara fulfils five conditions by the end of June. They included measures to prevent corruption, holding talks on an operational agreement with Europol, judicial cooperation with all EU member states, bringing data protection rules in line with EU standards, and the revision of legislation on the fight against terrorism. It was the last condition that Turkey found particularly unacceptable.

Bozkir told Turkish NTV broadcaster Wednesday that “it is not possible for us to accept any changes to the counter-terrorism law” as demanded by the EU.

This followed a firm statement by Erdogan who told the EU on Friday that Turkey would not make the changes, declaring: “we’re going our way, you go yours”.

Wednesday’s repeated refusal, and assertion that there had never been a reciprocal deal over the laws, will likely alarm EU officials already worried by the departure of Prime Minister Ahmet Davutoglu, seen as a more flexible negotiating partner.

The EU said last week Turkey still had to change some laws, including narrowing its legal definition of terrorism, to secure visa-free travel for its citizens – part of a wide-ranging deal to secure Turkish help in reducing the flow of migrants into Europe.

Turkey’s clear rejection and insistence that it has all the required leverage, sets Europe and Turkey for what will be a dramatic showdown in which Turkey’s increasingly despotic dictator will either be appeased one more time, or his bluff will be called.

With Europe hit by the biggest migrant crisis in decades, the EU and Ankara signed the migrant deal back in March. According to the agreement, Turkey would take back refugees seeking asylum in the EU in exchange for a multi-billion euro aid package and some political concessions, including the visa-free regime.

If the deal falls apart, Turkey will surely flood millions more in refugees who will unleash far more political havoc across Europe, and certainly Germany, than Greece ever could.

So for all those focusing closely on the risk of Brexit or developments in Greece this summer where the third Greek bailout may or may not give the insolvent nation a few more months before its next payment to the ECB is due while it pretends to “reform”, a far bigger risk is what Greece’s neighbor to the east, ruled by an unhinged, irrational president, will end up doing, and how Europe would respond if he actually follows through with his bluff.

6 thoughts on “Turkey Threatens Europe: ‘free entry for only Turks.. or we Send Refugees’”