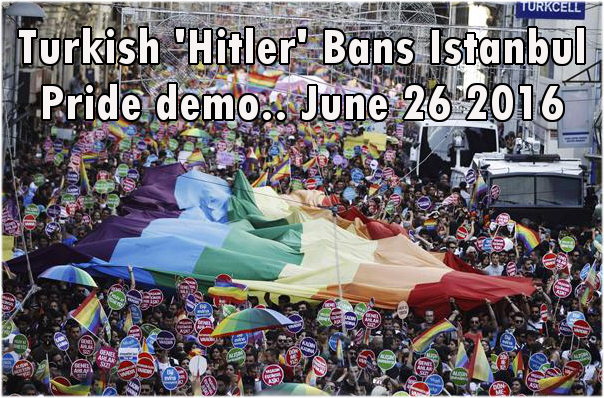 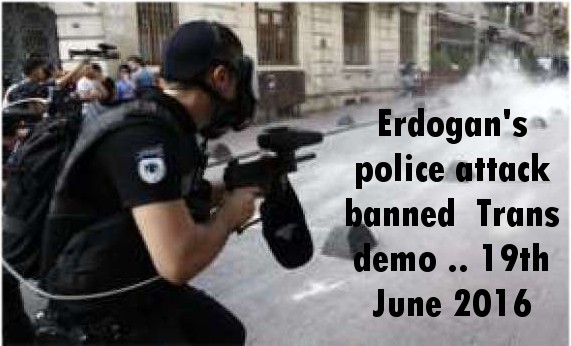 Turkish riot police have fired tear gas and plastic bullets after transgender rights activists gathered in Istanbul in defiance of a ban on marching. Several dozen activists turned up and were surrounded by police, after which scuffles began, with one man reportedly tearing up a gay rights banner.The march was banned in order to “safeguard security and public order”.

Istanbul Pride, which has occurred annually since 2003 and was due to be held on 26 June, was also prohibited. At last year’s Istanbul Pride, police used water cannon and tear gas to break up the crowd. The order banning this year’s marches means anyone taking part in either event risks facing intervention by the security forces.Organisers of Istanbul Pride denounced the ban as a “flagrant violation of the constitution and the law”.

This music video is by British band Radiohead – the song I Will, with subtitles in Spanish.

The lyrics are here. The song is a protest against the United States air force killing children in Iraq.

I will is from the 2003 Radiohead album Hail to the Thief, about ‘”the general sense of ignorance and intolerance and panic and stupidity” following the 2000 election of US President George W. Bush.‘

In Istanbul last night a protest against the attack on visitors to a music party was ended harshly. Several hundred people had taken to the streets to express their anger at the violence of Friday night, but the police was not amused and drove the demonstrators away with tear gas and water cannons.

On Friday a group of men invaded a music…