They will only permit passage to automobile drivers, gasoline and national products. 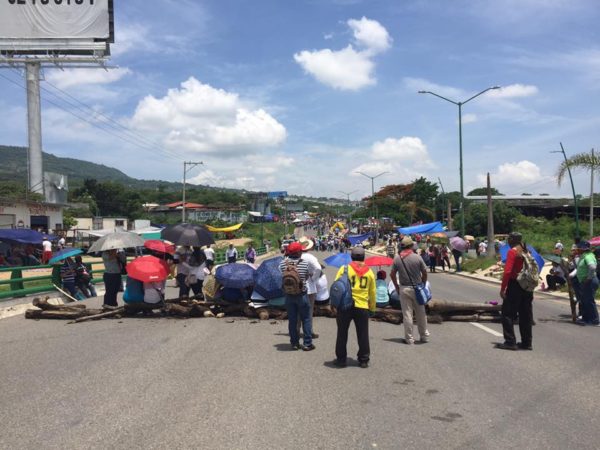 By: Angeles Mariscal and Isaín Mandujano

They will permit the passage of people in automobiles and public transportation, of food and gasoline; they will impede the movement of products and merchandise from “businesses owned by those who that impelled the education reform.”

The leader of the National Coordinator of Education workers (CNTE) in Chiapas, Pedro Gómez Bámaca, announced that the state and national teachers’ assemblies decided to continue with the mobilizations to demand the abrogation of the education reform.

In a press conference, after announcing the suspension of the (national) negotiating table between the CNTE and the Secretary of Governance, Osorio Chong, and after the announcement of the functionary that public forces would unblock the roads occupied by teachers in the states of Oaxaca…