Late news, The Kurds and allies, the SDF/YPG have retreated south of the river Sajur to make a defensive line against Turkey attacking the liberated from ISIS city of Manbij. Manbij, like all towns in the Rojava revolution, is run democratically and with sex equality by a Council composed proportionally of all the local forces (not by the SDF/YPG).

This is what Turkish tanks and jets are aiming to destroy and replace with the medieval mockery of Islam of their ISIS and allied militias. The SDF/YPG have no tanks or air force and have been betrayed by their US allies so can not now continue the offensive against ISIS in Al Bab or towards Raqqa.. 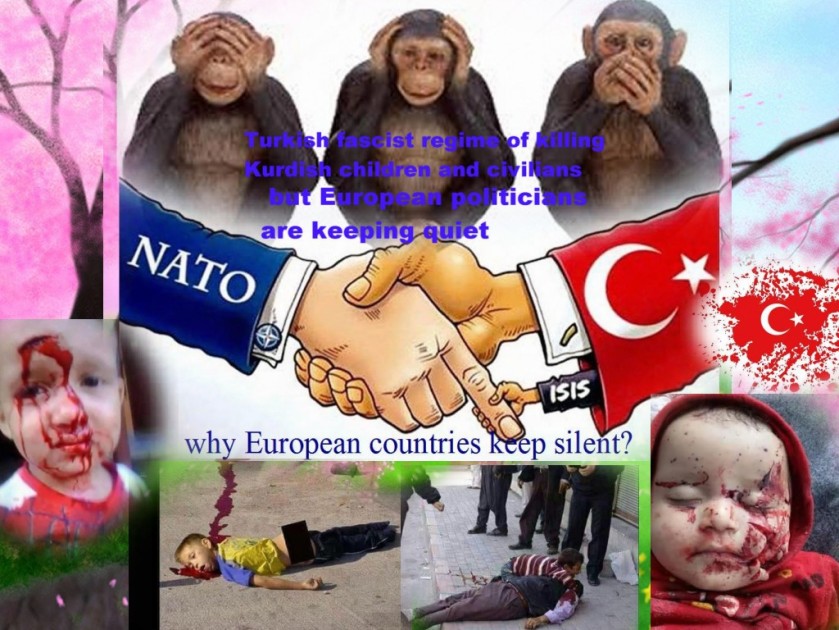 As predicted   here the Turkish anti ISIS invasion of Syria is an excuse to continue their genocidal murder torture, repression and enslavement of Kurds and all things Kurdish. 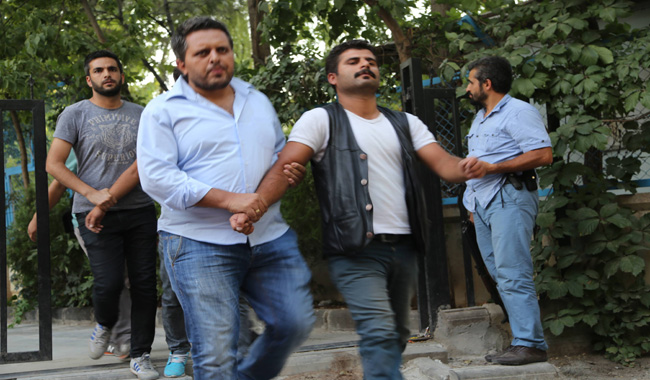 Back in Turkey the police have closed down the only Kurdish Language Newspaper (for about 18 million Kurds) The paper was already compelled to adopt a strict pro-government line, the assault on the headquarters ‘Azadiya Welat’ by agents of Erdogan has clearly political intentions.

The entire staff of 27 people were arrested and their fate is unknown.

It was the only newspaper in the Kurdish language in the whole of Turkey and follows a long line of repression against the Kurdish minority .

We recall that one month and three days ago the Turkish conservative Islamist government also arrested Zeynel Abidin Bulut, editor of the same publication.

Erdogan is at present negotiating visa free entry in the EU and threatening repeatedly to ‘unleash millions of refugees’ on Europe unless his visa and other demands are met.

Following the military coup of 1980, the Kurdish language was officially prohibited in public and private life.[Wikipedia11] Many people who spoke, published, or sang in Kurdish were arrested and imprisoned…

Kurds in Turkey are about 18 million people and are the largest ethnic minority in the country. [ 6] They speak an Indo-European language and live mainly in the east and southeast of the country, the region of Northern Kurdistan which has suffered prolonged  24-7 curfews, bombing, mass arrests and incarceration, shelling and sieges by the Turkish Security forces.

The Turkish State has a very long history of maintaining power by conducting fascist genocide and fanning xenophobic bigotry against minorities, in this case while at the same time being gifted billions of euros by the EU as blood money for closing off refugee access..

[12] Since lifting of the ban in 1991, the Kurdish population of Turkey has long sought to have Kurdish included as a language of instruction in public schools as well as a subject.

In Turkey, it is illegal to use Kurdish as a language of instruction in both public and private schools. Kurdish language is only allowed as a subject in some schools.[13]

Since the 1970s, the European Court of Human Rights has condemned Turkey for the thousands of human rights abuses. The judgments are related to executions of Kurdish civilians, torturing, forced displacements, destroyed villages, arbitrary arrests, murdered and disappeared Kurdish journalists. The latest judgments are from 2014. 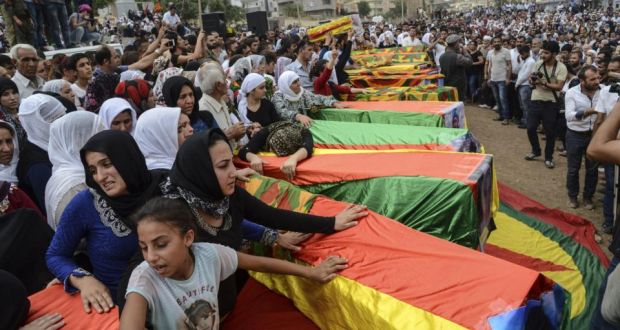 Since the 1980s, Kurdish movements have included both peaceful political activities for basic civil rights for Kurds in Turkey as well as armed rebellion and guerrilla warfare, including military attacks aimed mainly at Turkish military bases, demanding first a separate Kurdish state and later self-determination for the Kurds.[14]

During the Kurdish-Turkish conflict, food embargoes were placed on Kurdish villages and towns.[16][17] There were many instances of Kurds being forcibly expelled from their villages by Turkish security forces.[18]

Many villages were reportedly set on fire or destroyed.[18][19]Throughout the 1990s and early 2000s, political parties that represented Kurdish interests were banned.[10]

In 2013, a ceasefire effectively ended the violence. The PKK changed its policy from Marxist Leninist to Democratic Federalism under the influence of their imprisoned leader Ocalan, following the  teachings of the municipal anarchist Murray Bookchin.  A Kurdish State was no longer a goal, Kurdish culture flourished  with horizontal local organisation and increasing political representation which infuriated the nationalist Turks.

In June 2015,  hostilities were renewed between the PKK and the Turkish government. An election had deprived Erdogan’s rightwing nationalists of an absolute majority and  the election of some Kurdish reps was blamed. After an anti-Kurdish massacre in Suruc of volunteers on their way to help Kurds under attack in Kobane  in the Syrian Civil War the government inexplicably attacked the Kurdish victims.

This provoked the PKK to kill 2 police, which was the -causus belli- to abandon the ceasefire and begin a series of purges, pogroms and killings of Kurds which spread to Iraq and continues until  today (2016). Violence was widely reported against ordinary Kurdish citizens and the headquarters and branches of the pro-Kurdish rights Peoples’ Democratic Party were attacked by mobs.[20] 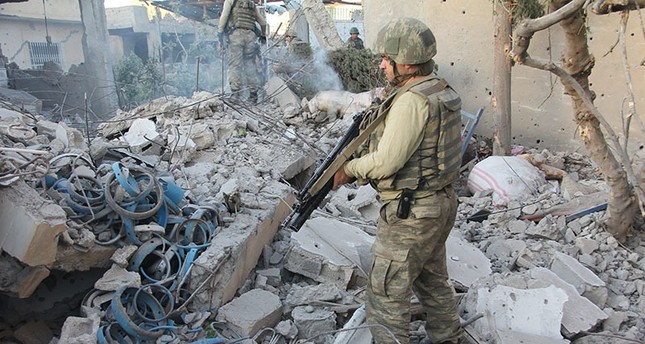 The anti Kurd  offensive is linked to a campaign in the purged media which is now totally state controlled. It has now spread with a Turkish invasion into northern Syria with a flimsy anti-IS  pretext. (Aug 27th).  A new generation of youth flocked to the PKK and strong resistance continues.

Turkey has a 300,000 strong NATO army, mostly conscripts, well equipped with US armaments. tanks and jets which may be used to wipe out the lightly armed volunteers of the unique and inspiring Rojava Revolution of Kurds and their allies in Northern Syria.

The Turkish State has been given a free hand to either occupy or hand the Rojava area back to control of strictly Islamic rebels or the Syrian State.

Erdogan has persuaded its US Nato partner to cynically betray their erstwhile Kurdish allies to a xenophobic police State already committing genocide against them in Turkey.  Erdogan has been mending his fences with  Moscow and blackmailing the US by threatening to  ‘ditch NATO and embrace the Russians instead’. 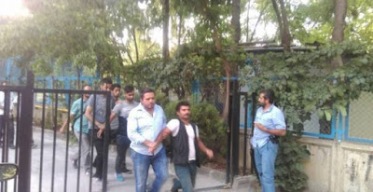 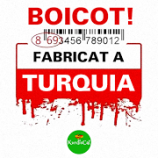 Per a que ajudi a reconstruir Kobanê