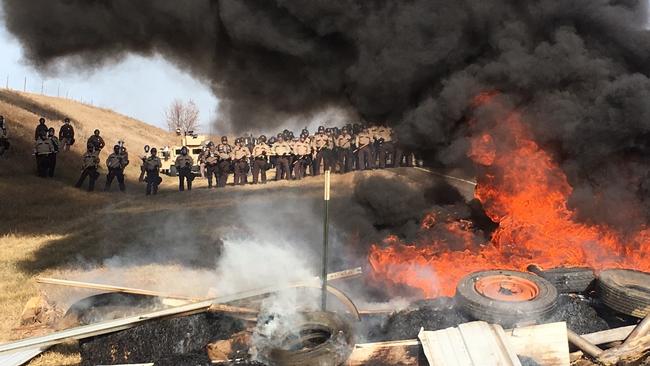 Solidarity actions are springing up around the country in response to the massive police raid on the “frontlines” camp in Standing Rock against the Dakota Access Pipeline. The eviction saw hundreds of militarized police attack the encampment with armored vehicles, tasers, pepper spray, concussion grenades, LRADS, and good old fashioned bone crushing batons. 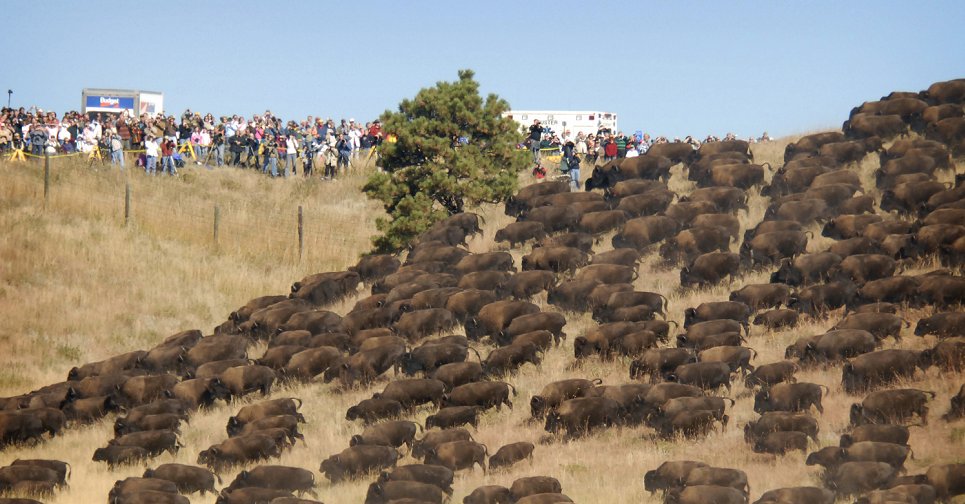 Buffalo arrive at Standing Rock during showdown with authorities.

In response warriors set up burning barricades, threw rocks, torched several large pieces of pipeline machinery and 2 security vehicles, and briefly invaded an active construction site. The Sheriff is also claiming that molotovs were thrown at police and that there were two incidents involving gunfire. At least one burning barricade was maintained through the night. While the frontlines camp has been evicted, the main encampments are still going strong and asking for supporters to join them. 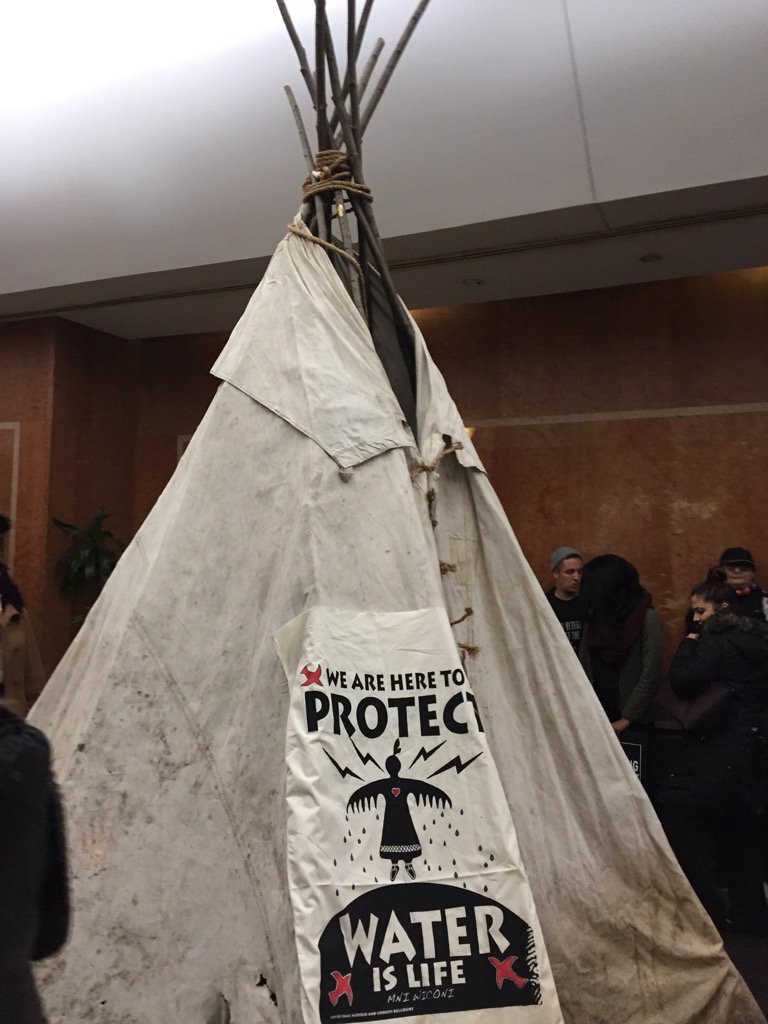 Meanwhile solidarity actions are popping up around the country. As police were cracking heads on unceded Lakota territory, dozens of Sioux youth occupied Hillary Clinton’s national campaign headquarters in NYC. The youth set up a tipi in the lobby, banged on drums, and sang songs. This action was followed by 40 students in Virginia occupying another Clinton campaign office in Charlottesville, VA. 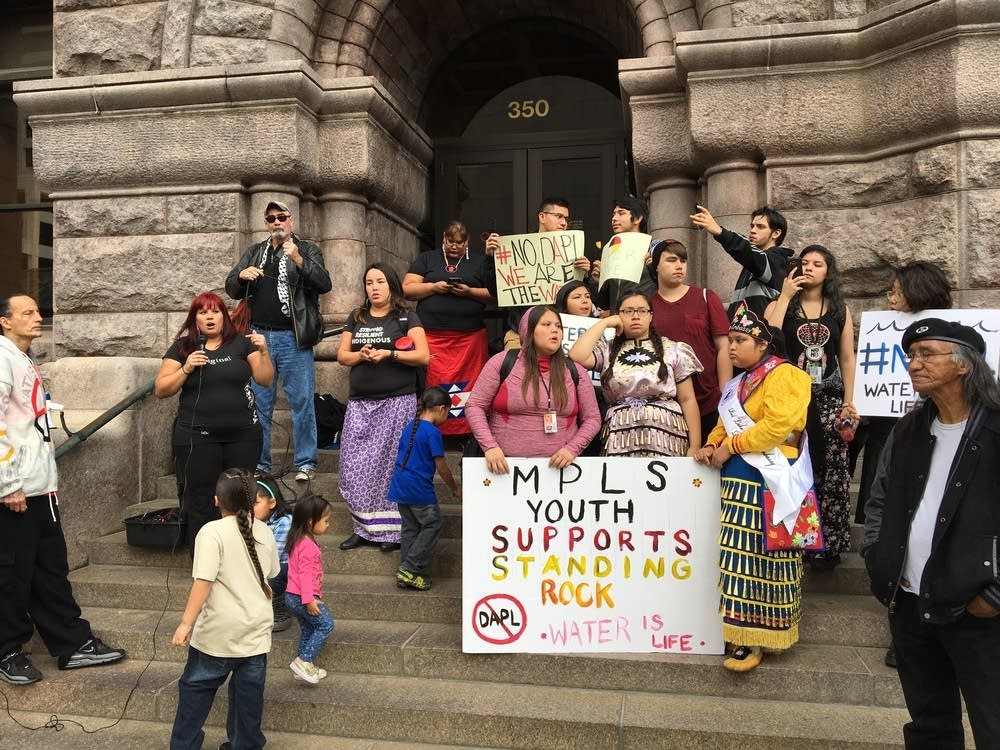 On Oct 28th, at least 100 Minneapolis high school students walked out of class to join a march protesting the Hennepin County Sherriff’s office participation in the Standing Rock eviction, and show their solidarity with the pipeline resistance. 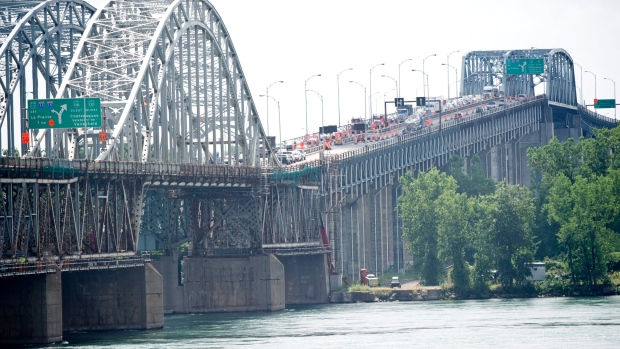 While students were walking out in Minneapolis, Mohawk warriors followed through on their threats and shut down a major highway at the Mercier Bridge in Quebec in retaliation for the eviction.

This is just a small sampling of the solidarity actions happening around the country. Join the call put out by the frontline warriors and organize an action to shutdown a bank, a highway, a railroad, a corporate office, a politicians office… you get the idea. The time to act is now!

For more information on companies involved in the Dakota Access Pipeline check out:
www.nodaplsolidarity.org

STANDING ROCK: “ALL OUT WAR ZONE;” CALL FOR GLOBAL SOLIDARITY

Originally posted to It’s Going Down

After a violent raid on resistance encampments on October 27th, which left over 100 people arrested, many injured by projectiles, and one horse dead due to injures from police and DAPL security, clashes continued into the night. Mint Press News describes the situation:

Riot police have raided resistance camps and are still firing tear gas at protesters north of Red Warrior camp on 1806. Protesters have set an SUV on fire as a barricade on the bridge there. They are also setting the bridge on fire…[I]t’s an all out war zone at Standing Rock.

Many people are continuing to answer the call for solidarity with Standing Rock which includes coming to North Dakota and fighting the pipeline and joining the struggle, organizing where you live and taking action against banks, the Army Corp. of Engineers, and politicians backing the project, and sending money and supplies to the encampment. Already solidarity actions are taking places, such as the occupation of buildings, solidarity demonstrations, and more.

Today, the Red Warrior Camp stated on facebook with a video and report:

They have moved the road block to the bridge just north of the big camp to cut off all access from 1806 to the pipeline route…They are trying to finish the project as quickly as possible. Drastic times.

A call has also gone out for militant actions and resistance such as blockades, shutdowns, and direct actions against the DAPL and it’s world. Some resources can be found on NoDAPL Solidarity and Sacred Stone Camp.