FROM  Rise Up Times · shared with thanks

The United Nations today adopted a landmark resolution to launch negotiations in 2017 on a treaty outlawing nuclear weapons. This historic decision heralds an end to two decades of paralysis in multilateral nuclear disarmament efforts.

At a meeting of the First Committee of the UN General Assembly, which deals with disarmament and international security matters, 123 nations voted in favour of the resolution, with 38 against and 16 abstaining.

The resolution will set up a UN conference beginning in March next year, open to all member states, to negotiate a “legally binding instrument to prohibit nuclear weapons, leading towards their total elimination”. The negotiations will continue in June and July.The International Campaign to Abolish Nuclear Weapons (ICAN), a civil society coalition active in 100 countries, hailed the adoption of the resolution as a major step forward, marking a fundamental shift in the way that the world tackles this paramount threat.

“For seven decades, the UN has warned of the dangers of nuclear weapons, and people globally have campaigned for their abolition. Today the majority of states finally resolved to outlaw these weapons,” said Beatrice Fihn, executive director of ICAN.

Despite arm-twisting by a number of nuclear-armed states, the resolution was adopted in a landslide. A total of 57 nations were co-sponsors, with Austria, Brazil, Ireland, Mexico, Nigeria and South Africa taking the lead in drafting the resolution.

The UN vote came just hours after the European Parliament adopted its own resolution on this subject – 415 in favour and 124 against, with 74 abstentions – inviting European Union member states to “participate constructively” in next year’s negotiations.

Nuclear weapons remain the only weapons of mass destruction not yet outlawed in a comprehensive and universal manner, despite their well-documented catastrophic humanitarian and environmental impacts.

“A treaty prohibiting nuclear weapons would strengthen the global norm against the use and possession of these weapons, closing major loopholes in the existing international legal regime and spurring long-overdue action on disarmament,” said Fihn.

“Today’s vote demonstrates very clearly that a majority of the world’s nations consider the prohibition of nuclear weapons to be necessary, feasible and urgent. They view it as the most viable option for achieving real progress on disarmament,” she said.

Nuclear disarmament has been high on the UN agenda since the organization’s formation in 1945. Efforts to advance this goal have stalled in recent years, with nuclear-armed nations investing heavily in the modernization of their nuclear forces. 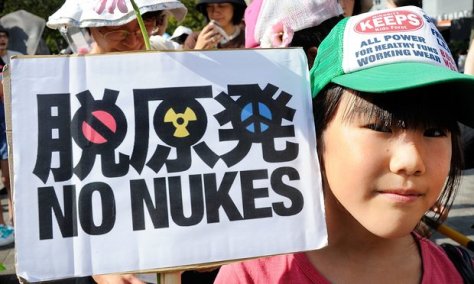 Twenty years have passed since a multilateral nuclear disarmament instrument was last negotiated: the 1996 Comprehensive Nuclear-Test-Ban Treaty, which has yet to enter into legal force due to the opposition of a handful of nations.

Today’s resolution, known as L.41, acts upon the key recommendation of a UN working group on nuclear disarmament that met in Geneva this year to assess the merits of various proposals for achieving a nuclear-weapon-free world.

It also follows three major intergovernmental conferences examining the humanitarian impact of nuclear weapons, held in Norway, Mexico and Austria in 2013 and 2014. These gatherings helped reframe the nuclear weapons debate to focus on the harm that such weapons inflict on people.

The conferences also enabled non-nuclear-armed nations to play a more assertive role in the disarmament arena. By the third and final conference, which took place in Vienna in December 2014, most governments had signalled their desire to outlaw nuclear weapons.

Following the Vienna conference, ICAN was instrumental in garnering support for a 127-nation diplomatic pledge, known as the humanitarian pledge, committing governments to cooperate in efforts “to stigmatize, prohibit and eliminate nuclear weapons”.

Throughout this process, victims and survivors of nuclear weapon detonations, including nuclear testing, have contributed actively. Setsuko Thurlow, a survivor of the Hiroshima bombing and an ICAN supporter, has been a leading proponent of a ban.

“This is a truly historic moment for the entire world,” she said following today’s vote. “For those of us who survived the atomic bombings of Hiroshima and Nagasaki, it is a very joyous occasion. We have been waiting so long for this day to come.”

“Nuclear weapons are absolutely abhorrent. All nations should participate in the negotiations next year to outlaw them. I hope to be there myself to remind delegates of the unspeakable suffering that nuclear weapons cause. It is all of our responsibility to make sure that such suffering never happens again.”

There are still more than 15,000 nuclear weapons in the world today, mostly in the arsenals of just two nations: the United States and Russia. Seven other nations possess nuclear weapons: Britain, France, China, Israel, India, Pakistan and North Korea.

Most of the nine nuclear-armed nations voted against the UN resolution. Many of their allies, including those in Europe that host nuclear weapons on their territory as part of a NATO arrangement, also failed to support the resolution.

But the nations of Africa, Latin America, the Caribbean, Southeast Asia and the Pacific voted overwhelmingly in favour of the resolution, and are likely to be key players at the negotiating conference in New York next year.

On Monday, 15 Nobel Peace Prize winners urged nations to support the negotiations and to bring them “to a timely and successful conclusion so that we can proceed rapidly toward the final elimination of this existential threat to humanity”.

The International Committee of the Red Cross has also appealed to governments to support this process, stating on 12 October that the international community has a “unique opportunity” to achieve a ban on the “most destructive weapon ever invented”.

In particular, the treaty will place great pressure on nations that claim protection from an ally’s nuclear weapons to end this practice, which in turn will create pressure for disarmament action by the nuclear-armed nations. 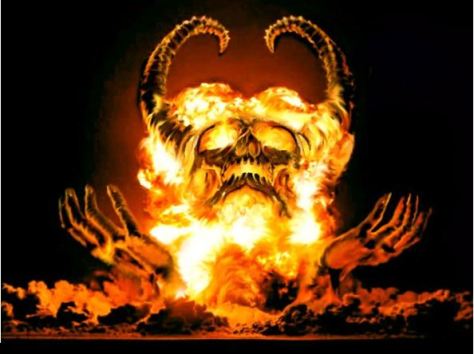 Media for the people!  Bringing you the best of the alternative media and original articles and videos.  Click here to help by learning more about Rise Up Times, spreading the word, and making a donation.