“This is unfathomable. We can’t let Trump put the world’s largest oil company in charge of our international climate policy. Tillerson may be a friend of Putin’s, but he’s no friend of the planet. ExxonMobil is still a leading funder of climate denial and is pursuing a business plan that will destroy our future. Tillerson deserves a federal investigation, not federal office.

We’ll be pressuring Senators to turn the confirmation process into a hearing on ExxonMobil’s history of climate deception. If Exxon is found guilty of working with other oil companies to deceive the public and their shareholders about the threat of climate change, they could be on the hook for fraud and racketeering charges. It would be the largest corporate scandal in history and could not only stop Tillerson’s appointment, but take down the entire company.

Exxon Climate Criminals may already have knowingly caused runaway Climate Change, which could lead to the extinction of millions of species, including YOU and ME.

350.org is one of the organizations behind the #ExxonKnew campaign, an effort to shine a spotlight on Exxon’s history of climate deception. Exxon has subpoenaed 350.org as part of its case in Texas court against the Massachusetts and New York Attorneys General. The oil giant is trying to gain access to 350.org’s emails and internal communications in an effort to shut-down the group’s campaigns. On Friday, 350.org filed a motion to quash the subpoena in a New York federal court.

#350 is the red line for human beings, the most important number on the planet. The most recent science tells us that unless we can reduce the amount of carbon dioxide in the atmosphere to 350 parts per million, we will cause huge and irreversible damage to the earth. But solutions exist.

All around the world, a movement is building to take on the climate crisis, to get humanity out of the danger zone and below 350. This movement is massive, it is diverse, and it is visionary. We are activists, scholars, and scientists. 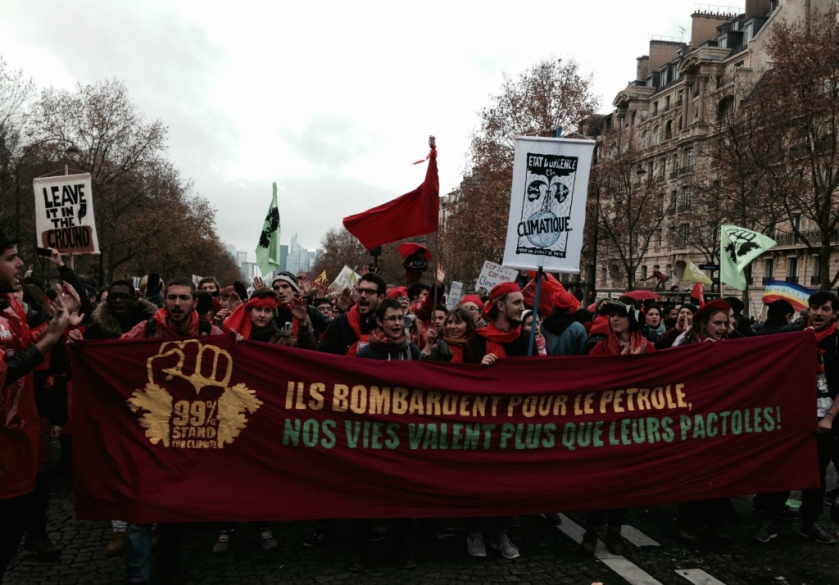 We are leaders in our businesses, our churches, our governments, and our schools. We are clean energy advocates, forward-thinking politicians, and fearless revolutionaries. And we are united around the world, driven to make our planet livable for all who come after us.

An anti.fracking march in Spain, where no wells have yet been sunk.

2 thoughts on “Exxon’s top Climate Murderer to be Secretary of State: 350.org comment”