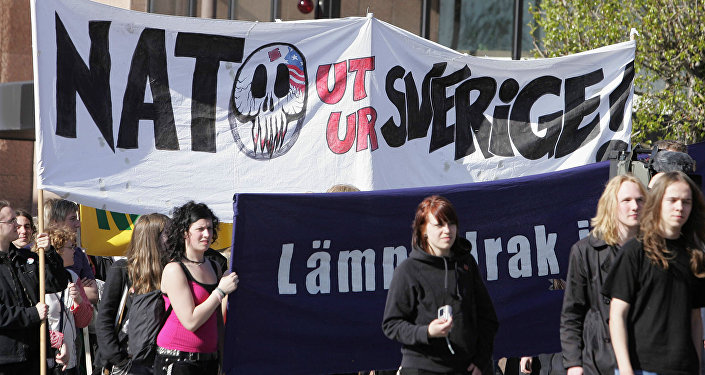 By Sweden brings back the draft

by  Johannes Stern:       On Thursday, the government of Sweden announced plans to reintroduce the draft. The Scandinavian country with a population of 10 million, which has not been directly involved in a military conflict for over two centuries

except for participation in the neo-colonial Afghan war. See here.

, is girding up for war against Russia.

Swedish officials were unambiguous that recruits should be prepared to fight Russia. “The Russian illegal annexation of Crimea [in 2014], the conflict in Ukraine, and the increased military activity in our neighborhood are some of the reasons” for the re-introduction of conscription for the first time since 2010, a spokesperson for the country’s Ministry of Defence told the BBC.

Under the plan, all citizens born between 1999 and 2000 will be conscripted next year. Of the 100,000 Swedes that fall in this category, 13,000 will be ordered to receive a physical examination, and 4,000 young men and women will then have to begin an eleven-month military service on July 1.

Workers and youth across Europe should regard this announcement … as a warning. After two devastating world wars in the 20th century, even the ruling class in supposedly peace-loving Sweden is again recruiting the cannon fodder for a new great war.

The government wants to “introduce a method of recruitment, which is more stable, and extends our military capabilities because the security situation has changed,” explained Swedish Defence Minister Peter Hultqvist. “We had difficulties staffing our fighting units on a voluntary basis and we have to fix that somehow.”

At the end of 2016, Sweden’s civil protection authority (MSB) invited all municipalities to prepare “in case of war.” Emergency shelters were to be prepared, and emergency evacuation procedures were to be drawn up. A few days later, Prime Minister Stefan Löfven announced a new security strategy and an increase in the defence budget. The military is to be “strengthened, after going in the other direction for many years.”

Similar developments are taking place in all the major imperialist countries. In Germany, the defence budget is being raised, the army enlarged and the reintroduction of conscription is under discussion. President Donald Trump recently justified a ten percent increase in the US defence budget with the words: “We have to start winning wars again.” 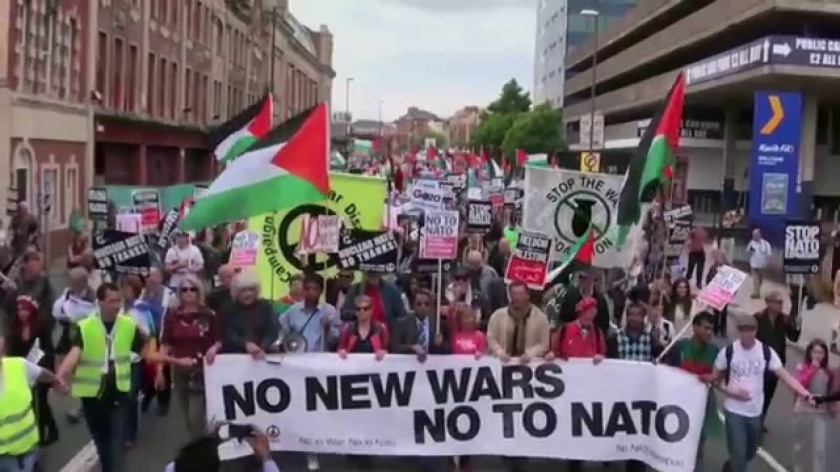 In Europe, the massive rearmament is directed primarily against Russia, and is increasingly bound up with direct preparations for war. NATO is currently deploying combat troops and tanks to Eastern Europe and establishing so-called Battle Groups in Lithuania (led by Germany), Estonia (United Kingdom), Latvia (Canada) and Poland (USA).

Earlier this year, German tanks bearing the Iron Cross, the insignia retained by the modern German army despite its notorious use by the Nazis, rolled into Lithuania, just a few hundred kilometres from the Russian border.

Leading NATO generals are calling for a “grand strategy” against Russia. In an interview with the Financial Times on Thursday, British General Sir Adrian Bradshaw, who is also deputy NATO commander in Europe, said that Russia remained a threat so long as Vladimir Putin holds power. It could have “catastrophic” consequences if the West was not unified in its response to a “competitor” who has “all the levers of power in its hands.” 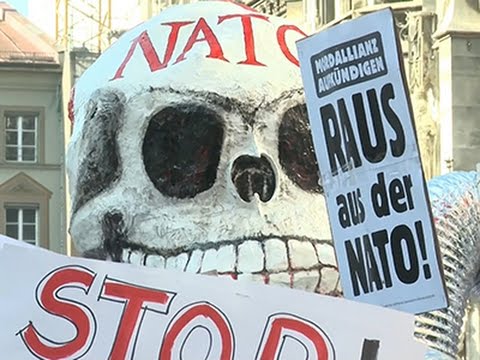 At the Ämari Airbase in Estonia, von der Leyen said it was “important … that Estonia and our friends in the alliance in recent years, were able to rely firmly on Germany and its commitments and that they will also rely firmly on Germany and its promises in the future.” And in Lithuania’s Rukla, speaking in front of the first German combat troops to be stationed in Eastern Europe since Hitler’s war of extermination against the Soviet Union, Gabriel said, “The security of Estonia, Latvia and Lithuania is synonymous with German security.”

The statements by Gabriel and von der Leyen underscore how far the imperialist powers are prepared to go. Article 5 of the NATO Treaty stipulates that “an armed attack against one or more” parties “shall be considered an attack against them all” and that “if such an armed attack occurs, each of them … will assist the Party or Parties so attacked … including the use of armed force.”

To put it plainly: If one of the ultra-nationalist and fanatically anti-Russian governments in the Baltic states provokes a border conflict with Russia, then Berlin and NATO are committed to go to war against the second largest nuclear power in the world.

Last month, the World Socialist Web Site asked: How many people would die in such a conflict? Almost certainly many millions, if not billions. According to a report by the International Physicians for the Prevention of Nuclear War, even a “limited” nuclear war would lead to more than a billion deaths, mainly due to severe climate disruption. According to the US National Academy of Sciences, a “full nuclear war” would directly cause up to four billion deaths.

In the years following the dissolution of the Soviet Union and the supposed “triumph” of capitalism, such scenarios were dismissed as scaremongering from a time long past. But now, as on the eve of the First and Second World War, the ruling class is concluding that a new great war is likely or even inevitable, and say so openly.

In an editorial in the German newspaper Die Welt, headlined “The world faces its defining moment,” the German historian and political advisor Michael Stürmer warns of a “no longer unthinkable event that the brakes fail, control is lost” and “world order is nothing more than a pipe dream.” “For half a century, war with Russia—accidental or deliberate—has never been as close as at present.”

The danger Stürmer evokes of a “destructive moment” can only be prevented by the construction of a new anti-war movement.