by Skyler Simmons / Earth First! Newswire          Communities in upstate New York are celebrating the recent announcement from the Department of Environmental Conservation that the Northern Access Pipeline will not receive the necessary permits for construction. The $500 million pipeline, proposed by National Fuel Gas, would have brought fracked gas from Pennsylvania to upstate NY.

An announcement from the DEC on April 7 stated, “After an in-depth review of the proposed Northern Access Pipeline project and following three public hearings and the consideration of over 5,700 comments, DEC has denied the permit due to the project’s failure to avoid adverse impacts to wetlands, streams and fish and other wildlife habitat. “We are confident that this decision supports our state’s strict water quality standards that all New Yorkers depend on.” 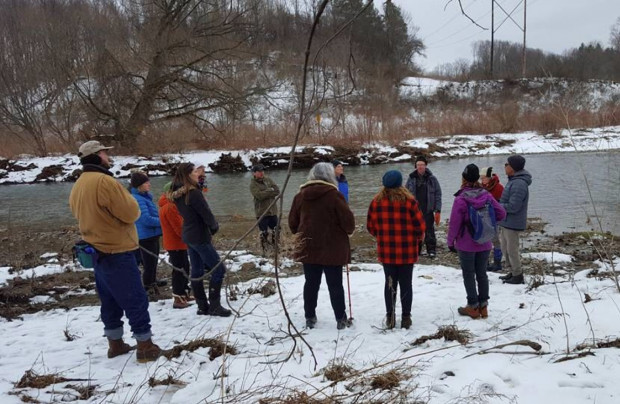 While the DEC was the one that rejected the permit, the real heroes are the thousands of people that turned out to rallies and public hearings to put grassroots pressure on the government to stop the pipeline. As was noted in a previous article on the Earth First!

Newswire, though the resistance at Standing Rock ultimately failed to stop the the Dakota Access Pipeline, the nationwide movement it sparked has successfully defeated numerous pipelines in the past year, as well as inspiring a new a wave protest encampments. The residents of New York and the watersheds they are protecting appear to be the latest benefactor of this powerful wave of pipeline resistance.

2 thoughts on “Another One Bites the Dust: Northern Access Pipeline Defeated in NY”