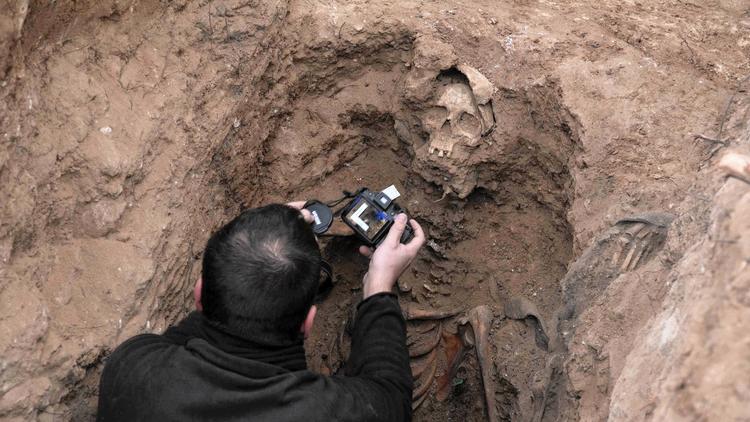 This video says about itself:

An Argentine judge has ordered the exhumation of the remains of Timoteo Mendieta. He was executed by Franco’s forces at the end of Spain’s civil war and dumped in an unmarked mass grave on the edge of Guadalajara’s municipal cemetery.

This is a big victory for his daughter, 90-years old Ascension Mendieta, who had to travel to Argentina to get the right to give her father a proper burial.

On the cusp of her 92nd birthday and after decades of waiting and uncertainty, Ascensión Mendieta, daughter of a victim of political violence killed almost 80 years previously, finally buried her father on a…