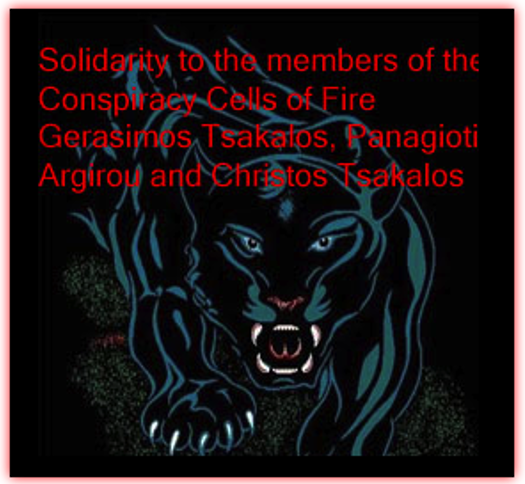 Greece: Message from CCF-FAI/IRF member Panagiotis Argyrou in Response to the Solidarity Call for No-G20 Prisoners.

During the exile of captivity few are the things that can make you smile, offer a warm thought or a pleasant feeling. I can, however, say with some certainty that these days of July when Hamburg surrendered to the chaos of riots during the G20 summit, the clashes with the police, the burning barricades, the store looting, the vandalism and burning of sovereignty targets, my thoughts were boosted, a great deal of “thank yous” as well as vivid emotions overwhelmed me, and a smile lit up my face. 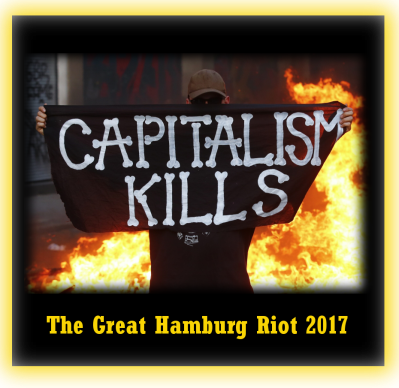 I’ll be honest, however. Although from an early stage a large part of insurrectionary anarchism aspired at setting a high target, something that had become clear already since the call for a militant campaign of informal organization months before the summit; and although there was a large number of public texts and claims of responsibility responding to this call (some comrades were kind enough to even mention the heritage of Black December), I wasn’t that sure that the days in question would indeed involve such great momentum.

And this due to the fact that the difficulties entailed weren’t unknown to me—the adversities and the challenges that would have to be confronted by the people who would want to organize and accomplish such an ambitious riot plan.

The state of emergency declared in many countries due to the jihadist asymmetric threat, the tightening of cross-border checks due to the large refugee flows, the announcement of Hamburg’s militarization, and the construction of special prisons for the rioters, the media terrorism for zero tolerance for the troublemakers, the 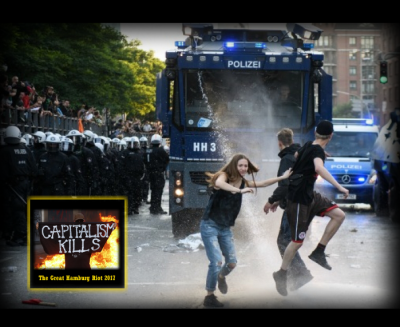 domination and pessimism of the various anti-insurgent anarchist currents (that may have been speaking with a hint of irony about an ambitious attempt to repeat the Genoa events), and even a bias against anti-Summits as set-ups with cops by groups of insurrectionary anarchism itself (a bias that, I have to admit, I had maintained in the past myself); all these together, therefore, were undoubtedly factors of increased difficulty.

And yet, against all odds, the spark lit up and the “Bring Chaos to Hamburg” campaign succeeded and, as a result, this so well-done repressive mechanism that would supposedly crush the rioters was eventually ridiculed.

The intensity of events and, above all, the success of the various plans that eventually combined the tactics of decentralized, hit-and-run attacks along with that of revolting right in the heart of the demonstrations proved in the most tangible way that the competition of the two different rationales is futile since each contributes and enriches in its own way the anarchist insurrection.

Besides, when the riot dares to confront head on with the all-mighty suppression and the supposedly immense power of state terrorism, then everything is possible such as the ridiculing of such an extravagantly repressive mechanism as the one urgently activated in Hamburg during the days of the Summit.

It is also a fact that some of the most powerful moments in the history of worldwide insurrections took place precisely against the odds and that, in many cases, is the beauty of it all. 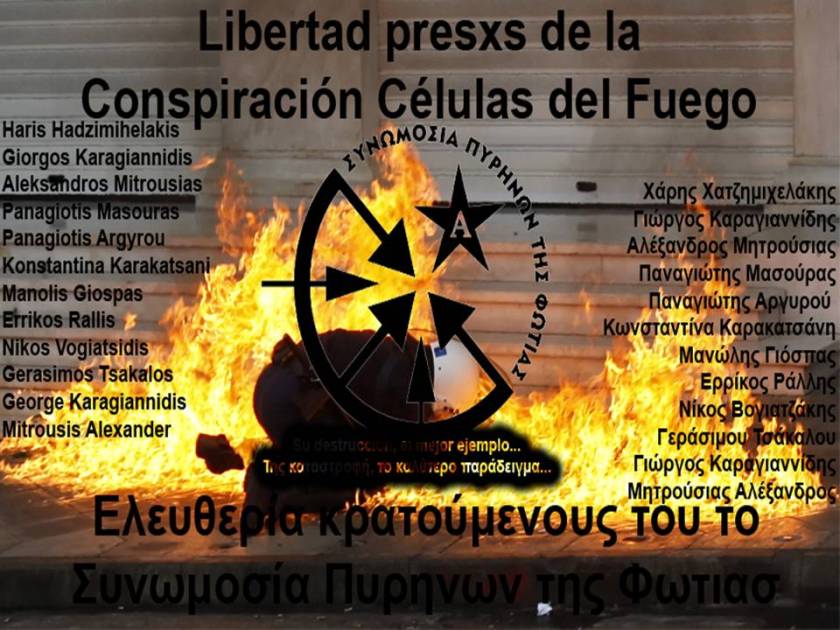 Therefore, I cannot but feel excited by this wind of enthusiasm and self-confidence that travelled thousands of miles from Hamburg to this place of captivity.

That’s because with these events everyone can see that the dynamics released by such explosive situations do not begin and end at a given moment but travel and diffuse sending a message everywhere saying that the key to everything is determination and the death of defeatism.

These are enough for the inducement of one, two, or more, moments which can function as milestones, historical landmarks, something towards which we can turn our gaze when things are bad, when frustration and futility are prevalent. 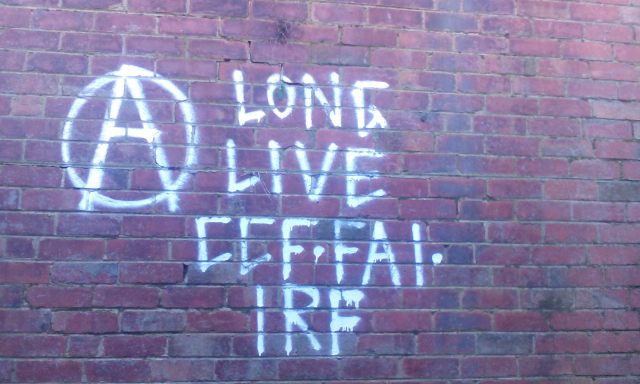 On the other hand, however, the authorities know how to take such moments into account, too, to assess them, fathom their long-term effects and, respectively, retaliate in a definite and clear way stating that every occasion of insurrection will be crushed.

So, after the hundreds of arrests of protesters, the onslaught of fully-armed commandos of the special police forces against the rioters in the streets of Hamburg, after the brutal assault on a group of demonstrators, the repression showed its teeth further by holding in custody many dozens of people accused of participating in the riots according to the updates (36 still remain in custody).

At this moment, a new call has already been addressed and put forward concerning precisely the solidarity towards the detainees of the anti-summit events. 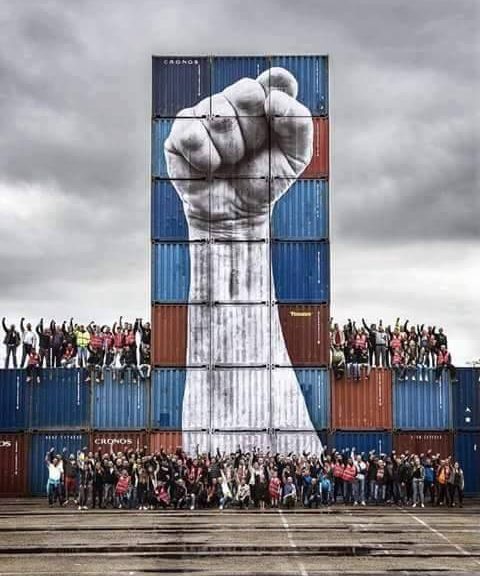 Already, the first demonstrations as well as attacks with vandalisms and burnings in various European metropolises have taken place. In response to this call, I would also like to express my solidarity to those detained for the events in Hamburg, as I would also like to send back this broad smile that I was given by all those who reminded in the most beautiful way that when Anarchy wants it, it is powerful.

Panagiotis Argyrou, member of the Conspiracy of Cells of Fire-FAI/IRF

(via Radiofragmata Translation Project) reblogged with thanks.