A court sentenced Nasser Zefzafi and other activists who were involved in organising demonstrations in Al Hoceima.

The leader of a protest movement that shook Morocco’s northern Rif region for months over social and economic issues has been sentenced for 20 years.

A court in Casablanca on Tuesday sentenced 39-year-old Nasser Zefzafi, who was arrested in May last year and later transferred to a prison in the port city.

Zefzafi was involved in organising demonstrations in his hometown of Al Hoceima.

The social unrest in the region followed the death of Mouhcine Fikri, a fishmonger crushed in a rubbish track as he protested against the seizure of swordfish caught out of season.

Calls for justice for Fikri, 31, evolved into a grassroots movement demanding jobs and economic development, with Zefzafi, himself unemployed, emerging as the leader of the Hirak el-Shaabi, or Popular Movement, based largely in Al Hoceima.

His arrest in 2017 was ordered after he allegedly interrupted a preacher at a mosque to call for further demonstrations.

Prosecutors had said the arrest was ordered after he “obstructed, in the company of a group of individuals, freedom of worship” at the mosque in Al Hoceima.

Since, smaller protests have become a daily occurrence in the town.

As part of the same verdict, movement leaders Nabil Ahmijeq, Wassim El Boustani and Samir Aghid were also given 20 years in prison, while three others received a 15-year jail sentence.

Meanwhile, seven activists were sentenced to five years in prison and six others were given a 10-year jail sentence.

In total, 53 people were handed sentences on Tuesday following a nine-month trial.

Speaking to Reuters News Agency by phone, the activists’ lawyer Bouchra Rouis said the sentences were “unfair”, adding that there will be an appeal against the ruling after a discussion with the defendants.

The mainly ethnically Berber Rif region has long had a tense relationship with Morocco’s central authorities and was at the heart of Arab Spring-inspired protests in 2011.

The main protests subsided following a series of political reforms, including constitutional changes that saw King Mohamed VI give up some of his wide-ranging powers.

Morocco: Guilty verdicts returned in unfair Hirak trials must be overturned 2 days ago – Protest leaders Nasser Zefzafi and Nabil Ahamjik were last night … along with two other protesters, in connection with protests in the Rif region …

CNT in solidarity with the protests in the RIF

For months, there have been protests in Alhucemas and other Rif cities in northern Morocco against the unjust treatment that the Moroccan state has given the population for decades. The corruption of the Moroccan state, the lack of public infrastructures in the region, the attack on the Rif  culture and language , the precarious conditions of life and the absence of freedom and autonomy to express themselves as a people.

Protests have increased as a result of the arrest of dozens of activists of the Popular Movement of Alhucemas, which raises the social and political demands of the Rif people through the peaceful mobilizations that are developing, and where women are increasingly prominent.

On Wednesday, June 28, eight months after the start of the Hirak, the peaceful protest movement following the death of Mouhcine Fikri, a 31-year-old street vendor, crushed by a garbage truck at Alhucemas

In recent days, mobilizations have spread outside the Rif, with massive demonstrations in Rabat, tens of thousands of people. To all this are joined the acts of solidarity that have taken place in various European cities, in support of the protests in the Rif.

We know that, at present, there are at least 200 detainees, who have been transferred mostly to Rabat, although these figures are provisional, because their numbers are constantly increasing.

Several prisoners, including Nasser Zafzafi, Mohamed Jelloul and Mohamed Mejjaoui, and several dams, such as Silya Ziani, and many others, have begun a hunger strike in protest of the arrests. These are totally arbitrary and are directed against peaceful activists and demonstrators, just because they are socially and politically annoying because of their just demands.

July 2017..Almost 50 refugees feared drowned in the Mediterranean | Spain …  Sixty migrants have died trying to cross the waters to Spain from Morocco …The rubber boat was believed to have left Morocco with 52 people aboard. The migrants now also include refugees from the Rif rebellion.  … Rescue workers were searching for survivors in the water  …

Ill-treatment of detainees is the norm and there are numerous cases of torture. The Moroccan army has strengthened its presence in Alhucemas and treats the population as if it were in an occupied  military zone.

The Moroccan public television tries to discredit the protests by means of the most rough manipulations. The Moroccan National Press Union (SNPM) has denounced them and demanded the release of detained journalists, such as Mohamed El Asrihi de Rif 24, Jaouad Al Sabry photographer of Araghi TV, Abdelali Haddou of Rifpress, Houssein El Idrissi of Awar TV , Fouad Assaidi …

With these names, only a few of the 200 people arrested so far, we do not intend to prioritize some cases in front of others, but to put names and surnames to the prisoners, to support their relatives, companions and companions and to demand the:

– IMMEDIATE RELEASE OF ALL PRISONERS AND PRISONERS FOR POLITICAL REASONS

We must remember that, unfortunately, this situation is not unique. Just one night before the great demonstration in Rabat, the Moroccan police and army brutally repressed in El Aiun a call in support of Saharawi political prisoners and to claim the right of self-determination.

It is no coincidence that in the Rif, as happened in Western Sahara, the Moroccan army has bombarded the civilian population with napalm, in the recent past. That’s why we also demand the:

The -majcen-, (the circle of oligarchs that surrounds the crown of Morocco) claim that the protests are organized from abroad. At the same time, the king receives Macrón. But in reality it is the majcen which encourages the protests with its injustice, the one that eats from the hand of the French imperialism, the one that receives military aid from the state of Israel to oppress the Saharawis or the one that is supported by the corrupting and oppressive monarchy, a friend of Trump and the Saudis.

The History … Mustard Gas and Napalm

The historical marginalization of the Rif seemed to come to an end with the coming to the throne of the then young and promising Mohammed VI in 1999 after the death of Hassan II, who as crown prince had taken over the repression of the riots of 1958-1959, even ordering The bombing with napalm of the rebels ( see the documentary’Romper el silencio’, by Tarek Idrissi, if you want to delve into this cruel episode)

Not in vain, the north of Morocco has become a space of delocalisation of many Spanish companies, that have transferred to this zone their production, to take advantage of the low wages and the lack of union rights.

Similarly, the Moroccan government plays a key role in monitoring the southern European border and in the control of cross-strait immigration, as a gendarme serving the European Union, with constant abuses and violations of human rights. of its own population and migrants from other countries.

A government such as Spain, at the service of the elites who benefit from this situation, can only be complicit in the policies of the Moroccan government, in a general and shared context of freedom cuts and rights retreat.

For this reason, solidarity and the joint struggle with the workers of North Africa and the Rif in particular are fundamental for the improvement of the conditions of life of the working class.

One of the hallmarks of CNT is its internationalist commitment. At the beginning of the last century, CNT strongly opposed, among protests and strikes, the recruitment of workers and the war in the Rif.

Consequently, from CNT we support the just demands of the people, we declare our full support and solidarity to their mobilizations and to the demands of the Popular Movement Rifeño, which are the following:

– Demilitarization of the Rif and free exercise of the rights of manifestation, assembly and freedom of expression.

“We do not have any factory, we do not have an oncology hospital, despite having the highest cancer rate in all of Morocco, because of the use of chemical weapons made by Spain [A study in 2015 showed that almost 80% of adults and 50 % Of cancer-infants treated at the oncology hospital in Rabat came from the Rif area where Spanish aviation bombarded with mustard gas between 1924 and 1927].

-Construction and equipment of hospitals, universities and schools. Right to quality and free public health and education.

– Social measures of distribution of the wealth that allow the end of the misery. Right to a decent home and life.

– End of the corruption and mafia structure that governs the Maghreb.

-Respect to the culture and language rifeña. 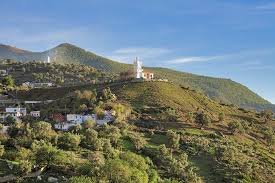 CNT has always been committed to building a world without borders, where people do not have to leave their land because of political persecution or lack of work and social rights, which belong to everyone.

That is why we encourage everyone to give the maximum possible support to the companions of the RIF, supporting solidarity committees and attending all the demonstrations and rallies held for this cause.

Rif – Wikipedia, the free encyclopedia The Rif (in Amazigh, Arrif and in Arabic, الريف [Ar-Rīf]) is a region with mountainous zones and green areas of the north of Morocco