As in previous years Turkish police have viciously attacked a peaceful and festive Gay Pride march, under the neo fascist rule of ‘Emperor Erdogan’, now legitimised by elections after locking up or killing tens of thousands suspected of not liking him.

The pride marched even though the municipal government banned it, citing security concerns. The police threatened that they will arrest  anyone who “looks gay, wears rainbows or bright feminine colors, or has on too short shorts.” Indeed, the cops harassed and arrested Pride marchers through-out the day.

The police allowed the march participants to read out statements before ordering them to disperse. The pride organisers refused to do so, calling the ban “comical”, and the police violence followed. 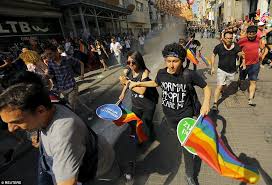 In a statement on social media, Istanbul Pride Week said that “This march is organized in order to fight against the violence and discrimination fueled by that governorship decision. We would like to inform the press and the public that we will go ahead with our prideful march with the same ambition as we had before.”

The Istanbul Pride, taking place since 2002, was banned for the fourth fourth consecutive year. Although homosexuality is not a crime in Turkey, there is widespread hostility to it across Turkish society.            zb      Photo: Mangal Media

by Abdullah Bozkurt. Turkey’s Islamist President Recep Tayyip Erdoğan has ratcheted up his usual anti-Western diatribe, taking it a step further to threatening Europe in particular with a flood of returning jihadists, warning that countries had better cooperate with Turkey or risk seeing a wave of terrorism in their…

JOURNALIST: I AM FREED BUT THERE ARE 6 CHILDREN IN MY OLD TURKISH PRISON CELL 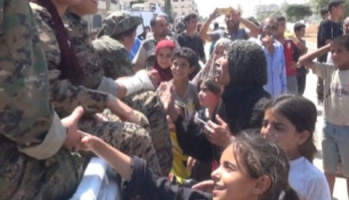 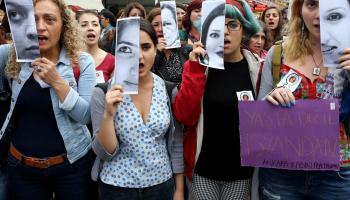 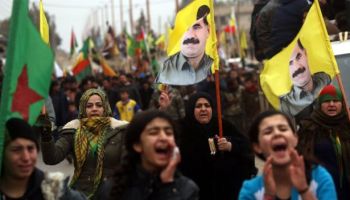