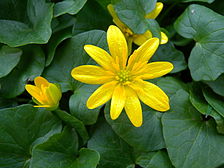 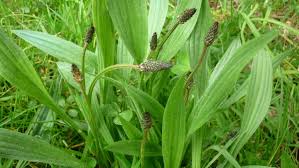 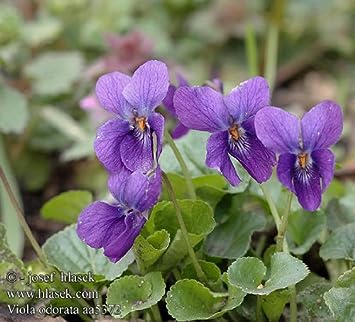 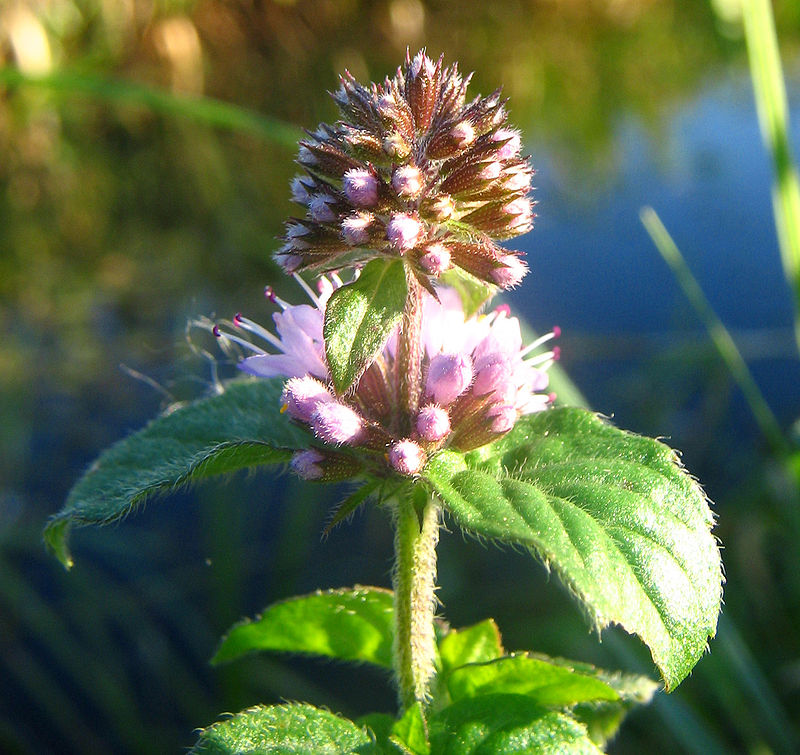 ”I’m an anarchist organiser, agroecologist and designer based in Somerset in the South West of England. ..  To learn more about permaculture check out Empty Cages Design here” .. ”I learnt how to grow food in prison during a 3.5 year sentence for my role in fighting animal testing, as part of the historic campaign Stop Huntingdon Animal Cruelty”.  ..    Nicole

Note: Last year we heard Nicole suffered a serious illness and we wish her all the best for a full recovery

Last week, I had the pleasure of attending the first part of a year-long course in Practical Ethnobotany and Plant Identification with the Woodcraft School.

I have to admit – I was really nervous. My unpredictable health and chronic pain is a huge barrier to learning and what I was getting myself into feeling like quite a mystery. Even though I was totally shattered by day three, the days spent learning in the woods were amazing.

The first part of the morning covered the inevitable practicalities and how the course is structured, as well as expectations for the assessments. Ethnobotany is all about learning about the uses of plants and trees. This includes their edible, medical and craft uses, as well as the folklore and the historical relationship humans have with plants. It totally fascinates me!

We then dived straight into learning about uses of tree bark. John Ryder, the main teacher, is an experienced woodsman. He shared with us his experiments with native trees and which ones have bark that is pliable enough. He described how in a British climate the birch bark so commonly used in Scandinavia is not always thick enough. He has worked regularly with many trees including sycamore, conifers, chestnut, cedar, willow, cherry, elm, willow, oak and lime bark. A lot of his experiments have been based on reading how indigenous peoples on the north-west coast of occupied US used barks, especially from Western red cedar, which is a sacred tree and called the ‘tree of life’ due

to its diverse uses.

We learned about the basics of weaving and folding and how bark is worked through gentle wetting so that its dry enough to bend without breaking but not too wet that it will shrink. He showed us these beautiful berry baskets. All the weaving reminded me of baskets I used as a child in Sri Lanka. We also learned about fibres and cordage and also how they can be used for fire lighting and clothing.

Phil from the Woodcraft School then talked to us about safe tool use, which is always important in the woods! We then went out on a plant walk – I must admit, my favourite part of each day on the course. John introduced us to ancient woodland indicator plants. The reason certain plants indicate in this way is that of the time it takes for them to move and reproduce – therefore the time it takes them to colonise new areas can be incredibly slow, hence an indicator of age. Ancient woodland is classified as 400 years or older, and there is also semi-ancient woodlands, plantations and secondary woodlands.

We then came to a little clearing. The open canopy and access to sun gave life to a diversity of plants. Foxglove (Digitalis purpurea) is a pioneer plant (colonising open ground). We also saw the beautiful Betony (Betonica officinalis), one of my favourite plants – it is a nerve tonic and helps reduce anxiety. I have used it for years as part of my PMT mixes. We learnt about the different kinds of bluebell and the threats to native populations from the Spanish bluebells (Hyacinthoides hispanica).

A new plant for me was Bugle (Ajuga reptant), it has astringent properties and has been used to slow bleeding and help with sore throats. Wood spurge (Euphorbia amygdaloides), is an irritant and has historically had a reputation of curing worts! We also came across a beautiful Marsh Thistle (Cirsium palustre). All thistle roots are edible and because of their biennial nature, it’s best to harvest them at the end of the first year or beginning of the second. The Wood Sorrel (Oxalis acetosella) was delicious – a sweet apple-lemon like taste. You can’t eat too much of them though because of the oxalic acid. We also came across lots of primroses (Primula vulgaris), which I learnt are also edible! Not forgetting Hairy Bittercress (Cardimine hirsuta) and it’s peppery taste.

We then learnt about two starch sources – pignuts (Conopodium majus) were so much fun to dig out. Lesser Celandine (Ficaria verna) also have edible roots and have historically been known as ‘Pilewort’ for you guessed it, allegedly treating piles.

At the end of our plant walk we coppiced some hazel ready to make some baskets!

This blog series shares my experiences completing the year-long course in Practical Ethnobotany and Plant Identification with the Woodcraft School.

Day two brought more adventures in the woods. Plants that I have seen for years but never known much about were coming alive to me. John introduced us to Wood Sage (Teucrium scorodonia) and Tormentil (Potentilla erecta) a strong astringent. We tasted sweet blackberry tips and learnt the difference between strawberry and barren strawberry (the leaf tip!). One of my favourites was Ground Ivy (Glechoma hederacea), affectionately known as ‘snot buster’ for its effect on clearing the sinuses. It’s also been used to flavour ales and for liver health. Herb Robert (Geranium robertianum) was another edible and medicinal plant we were introduced to. I must admit, it’s not my favourite but learning about its properties on helping with bleeding as a ‘carpenter’s herb’ did make me feel more affectionate towards it!

We also learned some lore about Lords and Ladies (Arum maculatum) also known as ‘jack in the pulpit’ and ‘cuckoo-pint’. The root used to be used as a starch source for stiffening clothes, but it was so caustic on the hands that it damaged the health of laundry workers. It has a cunning trick of trapping flies for pollination and then releasing them.

We then moved down towards the field edges and roadsides, coming across Dandelion (Taraxacum officinalis), probably my favourite medicinal plant in the world! We also met Lady’s Smock (Cardamine pratensis) which has a subtle peppery taste. Sweet Woodruff (Galium odoratum) was used as a strewing herb. White Dead Nettle (Lamium album), which is edible, had been affectionately called fairy shoes, my Grandma who passed away this winter would have loved to know that. Yellow archangel (Lamium galeobdolon) has the same properties too.

We could not forget Ribwort Plantain (Plantago lanceolata) with its amazing ability to soothe bites and stings, as well as having edible roots and seeds. It’s one of the herbs tattooed on my sleeve! As well as Sweet Violets (Viola odorata) and Dog Violets (Viola riviniana) that is a lot smaller in terms of growth habit. We found loads of Docks (Rumex spp.) which can be hard to ID but have a great edible root. Common Sorrel has also been used a lot in soups for its lemony flavour. Greater stitchwort (Stellaria holostea) was also introduced and we could see its soapy qualities due to its saponin content! On the water’s edge was some Water mint (Mentha aquatica) which tasted delicious too.

No one can forget Jack by the Hedge (Alliaria petiolata) or Hedge Garlic either, for its delicious garlic flavour that brings any wild-food dish to life. It was great to be able to get to know more about Woundwort (Stachys sylvatica) which also has an astringent action and can be used in a poultice to stop bleeding. We also had a nibble at some young beech leaves!

This blog series shares my experiences completing the year-long course in Practical Ethnobotany and Plant Identification with the Woodcraft School.

On the third day of the course, we mostly stayed at the base in the woods and got on with our bark craft work. We learnt about sticking and how to add rims on our baskets. It was such a heavenly process to work with the bark. It also smelt delicious!

John talked to us about birch bark and how it is highly flammable but also very waterproof. It has even been used for roof tiles in Scotland. We also had a play with some conifer resin that can be made from spruce and pine, as well as some super-smelly birch tar which forms the basis of a glue. It’s very different to birch oil which can be painted on like creosote to line things like cabins and canoes.

Phil then introduced us to charcoal making, which is basically heating without oxygen. Willow was used traditionally but other woods can be too. Originally the process was used to capture oils rather than to make charcoal, however, charcoal production soon influence the shape of the landscape.

A couple more plants came to light too – Herb Bennet (Geum urbanum) also known as wood avens and blessed herb, which has an edible leaf as well as clove oil in its root. This makes it good for toothache and stomach ache too. Cleavers (Galium aparine) was the last plant of the weekend – everyone knows this sticky plant that you throw around at school. I normally make it into juice and freeze it at home, as its a great lymphatic tonic.

Finally, we finished the three-days with a recap of what’s expected in our assessments, as well as how we will communicate through the course. Overall it was an exhausting but super enjoyable few days and I learnt loads!