After years of persecution 23 victims of police repression in Rio de Janeiro have finally come to trial and been sentenced to long prison terms between 5 and 13 years. Thousands took part in the protests, the 23 are just victims snatched by the police. The only positive thing is that they are freed on bail pending appeals. They will need another strong and lasting solidarity campaign

via act for freedom now!

Comminique:  On the sentences against 23 comrades for alleged participation in the disorders in Rio de Janeiro in 2013-2014

As we oppose anything that violates freedom, today we are opposing the sentences against the 23 arrested following the protests in Río de Janeiro in 2013-2014.

‘The freedom of others extends mine infinitely.’ – M. Bakunin

23 people were sentenced in Río de Janeiro in ‘Operation Firewall’ for violence, criminal organization, damage, resistance, bodily harm and possession of explosive devices; sentences range from 5 to 13 years in prison and were issued by judge Flavio Itabaiana of the 27th Penal Tribunal in Rio de Janeiro.

They were all investigated by the Unit for the repression of cyber-crimes, which was the political police engaged in the World Cup and Olympic Games, the same that monitored protests in Porto Alegre and Sao Paulo.

The media and communication technology are being used as instruments of control and repression (we’ve known this for a long time), but this is an obvious example of the potential these instruments have for repressive purposes.

According to the judge (in an act of benevolence), remand in custody was not ordered so that those convicted could appeal the sentences under restrictive measures.

However these sentences, even considering the possibility to appeal for ‘freedom’, represent to us a precedent to understand where they want us to be (in prison). And today these sentences pose the necessity to change the precedent for mobilization against prison society, mobilization for solidarity. 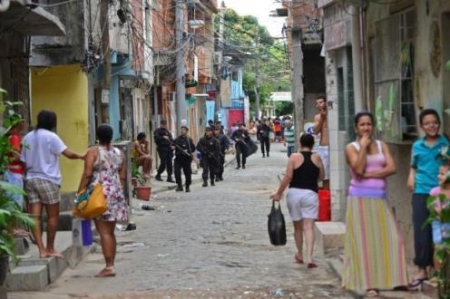 As those accused had been recently repressed by Operation Erebeo, the least we can do in the face of these sentences is to express firm solidarity through a call for combative mobilization in solidarity and against them.

But not under the banner of being against the criminalization of protests. Protests cannot be included in the rules of legal or illegal, guilty or innocent, permitted or prohibited. Protests go beyond these categories precisely because they follow a direction contrary to the latter.

We are against repression because the whole system of domination is continuous repression and anyone who perceives it acts against it, takes to the streets, destroys material things and with each act destroys domination.

Anyone who rebels against the established order will always be considered ‘criminal’ because the ‘crime’ of protests is a symptom of not total submission to domination.

If we struggle under the banner ‘protest is not a crime’ we accept and legitimize the existence of prisons; but as we are anarchists, and we are just that, we love freedom and are irreducible enemies of cages.

How could we not take to the streets against the spectacles that justify social cleansing? How could we remain indifferent to redevelopment, militarization and decoration of the streets for tourists and strolling of the bourgeois who were at the World Cup and Olympic Games?

It’s deeply sad to know that at the cry of ‘Goal!’ or in their enthusiasm for a gold medal some people forget the abuse, deaths and genocidal politics produced by this spectacle. And it gives us infinite joy to know that the incorrigibles go out and destroy everything, in spite of the alleged control of the ‘authorities’ that spent millions in security.

Violent protest is the least gesture of sensibility we have in the face of dominating oppression that tries to extend as ‘normal life’. It’s a signal that we still feel the cruelty of devastation, of undeclared war; and like animals in front of a tamer… we react against the whip.

Against the sentences, permanent mobilization

Solidarity with those who struggle!

The 23 sentenced following the protests in Rio de Janeiro in 2013:

Translated from Italian by act for freedom now! 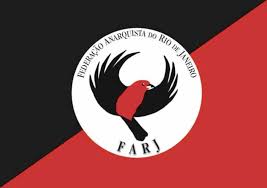