NOTE: ‘TheFreeOnline’ blog which copied the post below is now banned in Turkey along with Dozens more pro Rojava and anti Fascist sites 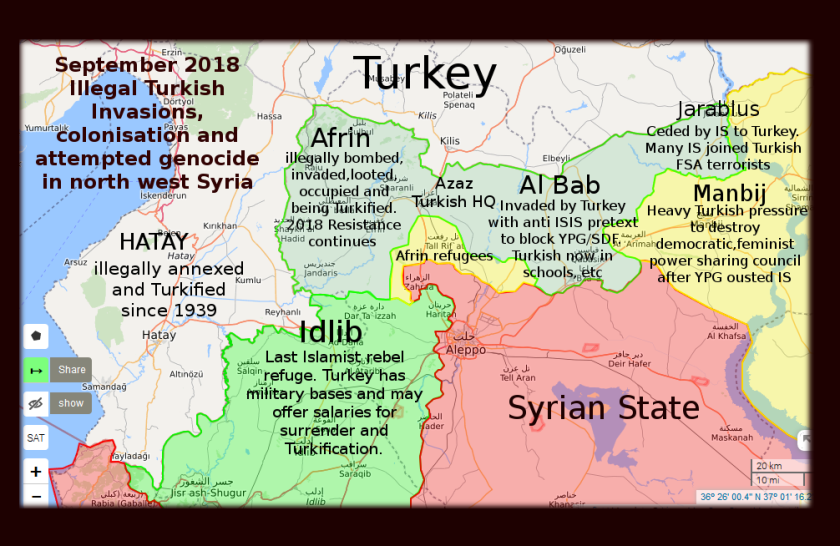 ALEPPO, Syria — What a disaster! The record freefall of the Turkish lira (TL) against the US dollar has cut by up to 40% the salaries of the thousands of FSA islamist mercenaries, the famous ‘evil medievils’..

These ex Syrian rebels, many ex ISIS fanatics, are hired by Turkey to invade, loot, bomb, rape and ‘Turkify’ areas of their country illegally occupied by Erdogan’s military. 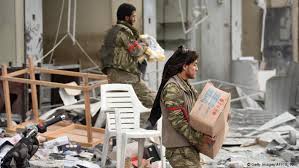 ‘The repercussions of the money depreciation were most visible in these area since a large segment of its Syrian residents are ”civil servants” and  who receive their salaries in collapsing Turkish Lira, and have to change to Syrian pounds to spend it’.

The ‘Euphrates Shield’ areas in the Aleppo countryside, controlled by the Free Syrian Army (FSA), is a region invaded by Turkey  which control it with their own troops and hired FSA military police. 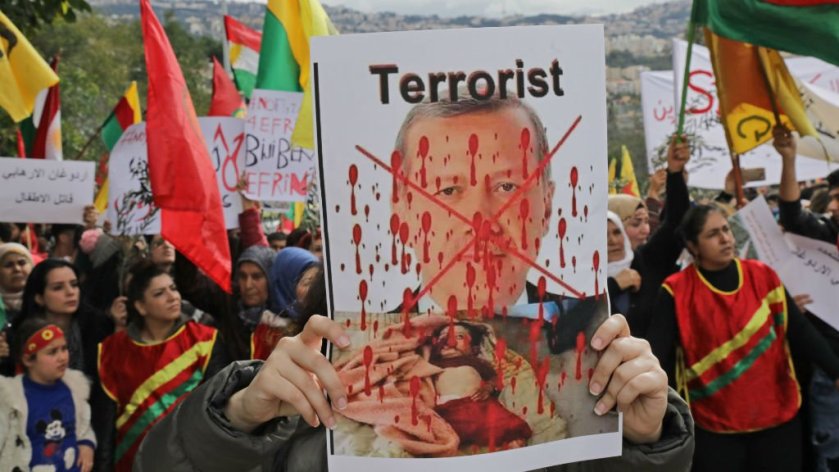 Local councils are run from Turkey, schools teaching Turkish, all with a far right wing Sunni Islam and extreme anti-women policy to counter the influence of the democratic and feminist Rojava Revolution .

Erdogan has repeatedly boasted he will take over most of Syria and Iraq in this way and remake the Ottoman Empire. This meansTurkification, expulsions and planting of new population (including thousands of Urghur Turkmen from China) . 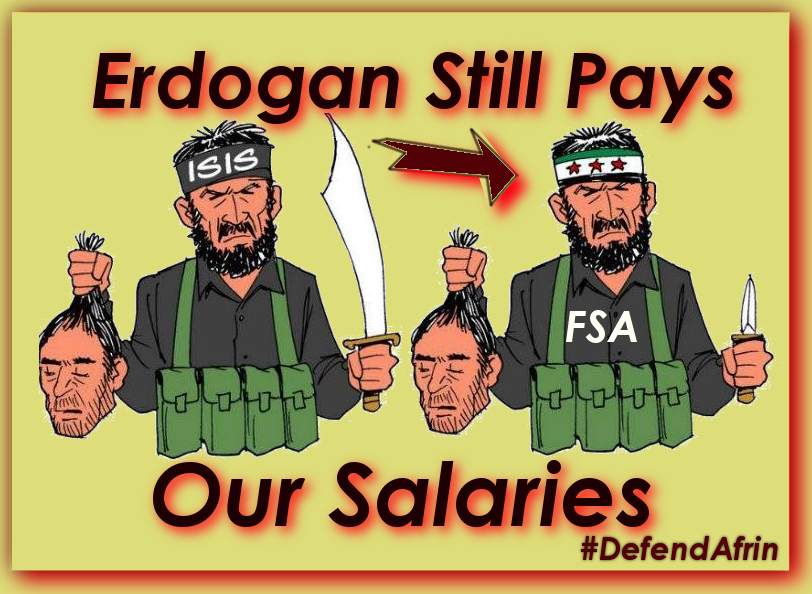 Erdogan himself set off the money crisis by imprisoning tens of thousands, borrowing hugely for vast useless schemes (like the border wall with Rojava) , refusing to raise interest rates. Now he will need to borrow much more and double the salaries of the huge army of depraved ex rebels he has let loose.

The Turkish lira  registered on Aug. 23  6.07 against the dollar and became the equivalent to a mere 70 Syrian pounds (SP). The monthly salary of Syrian ”employees”  in the Euphrates Shield area of 500 TL would be equivalent to 35,000 SP, or about $85. This petty amount is not enough to meet basic monthly needs. 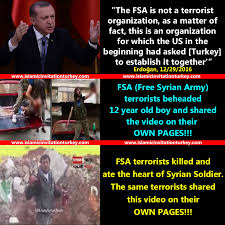 “More than 100,000 Syrian people in the Euphrates Shield area receive their salaries from the Turkish government ..Local councils, police and general security forces, [FSA] fighters, teachers, but also preachers and mosque staff were all affected by the sharp decline of the Lira. Their salaries now barely cover their living expenses.”

Some Info shared from:  Khaled al-Khatebs, a Syrian journalist and former lecturer in the Geography Department of the University of Aleppo. Read more: http://www.al-monitor.com

The Turkish lira’s volatility is a new illustration of how the involvement of regional or global powers in Syria’s fractured warscape can change things for people on the ground.

Besides Turkey, Iran, Russia and the United States each have forces deployed in Syria, all the combatants in the war have to be paid by one unscrupulous backer or another . With the war winding down many factions have lost their salaries and Erdogan has seizEd the opportunity to convert them into Turkish mercenaries 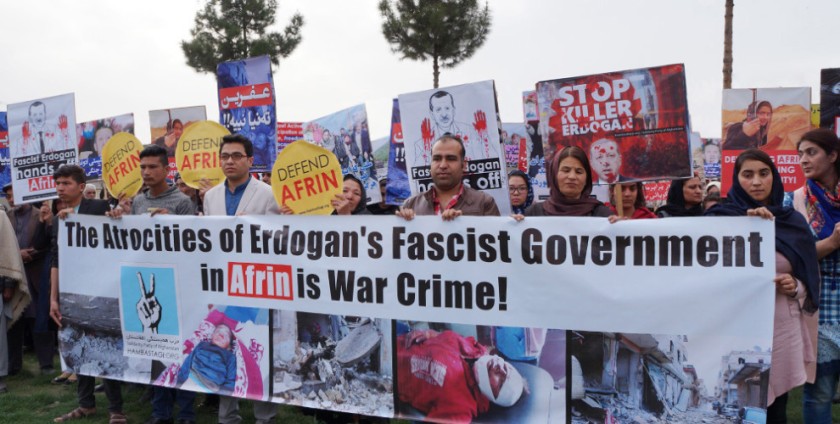 “When the Turkish lira began to lose value against the Syrian pound our salaries became worthless,” said Ghassan Kinno, 23, a fighter with a Free Syrian Army rebel faction in Azaz. “The fighter receives his salary and goes to the market… and it’s barely enough for one week. This is the reality we are witnessing now. The situation is very difficult and there is no solution,” he said.

Local political and military realities mean the lira and its fluctuations may continue to play an important role in Turkish occupied Syria.  “What is better for us is to be paid in Syrian pounds since we are spending our money in the Syrian territories. But in the end we have to abide by the rules of the side that supports us,” said Kinno.

info from  Khalil Ashawi and  Angus McDowall at  ANHA

Turkey has presented the town of Jarablus, which they invaded in 2016 by agreement with ISIS, as a model for ‘Peace in a Post War Syria’ ,

The reality is very different, it’s run by an Islamic fundamentalist council implementing a Turkification agenda.  Continuing clashes between rival jihadi factions and the Turkish controlled military police, many of them ex ISIS terrorists illustrate the lack of peace.

August 28th 2018 ”The military police of the Free Syrian Army clashed again with the Ahrar al-Sharqiah faction in the city of Jarabulus. A military source who preferred to remain anonymous reported that the two military police officers received minor injuries during the clashes. 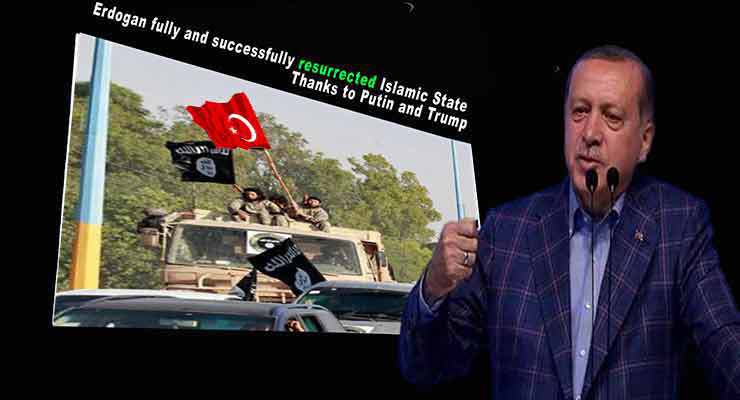 The source added that the al-Shamiah Front intervened to solve the conflict, and Turkish forces fired gunshots into the air to scatter the conflicting parties.

In June 2018, clashes between the Ahrar al-Sham Islamist Movement and the al-Shamal Brigade of the FSA killed a civilian and injured several fighters in Jarabulus. After the clashes, civilians demonstrated, demanding all opposition factions exit the city”. 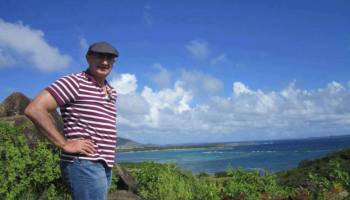 SYRIA: The life and work of anarchist Omar Aziz in the Syrian revolution