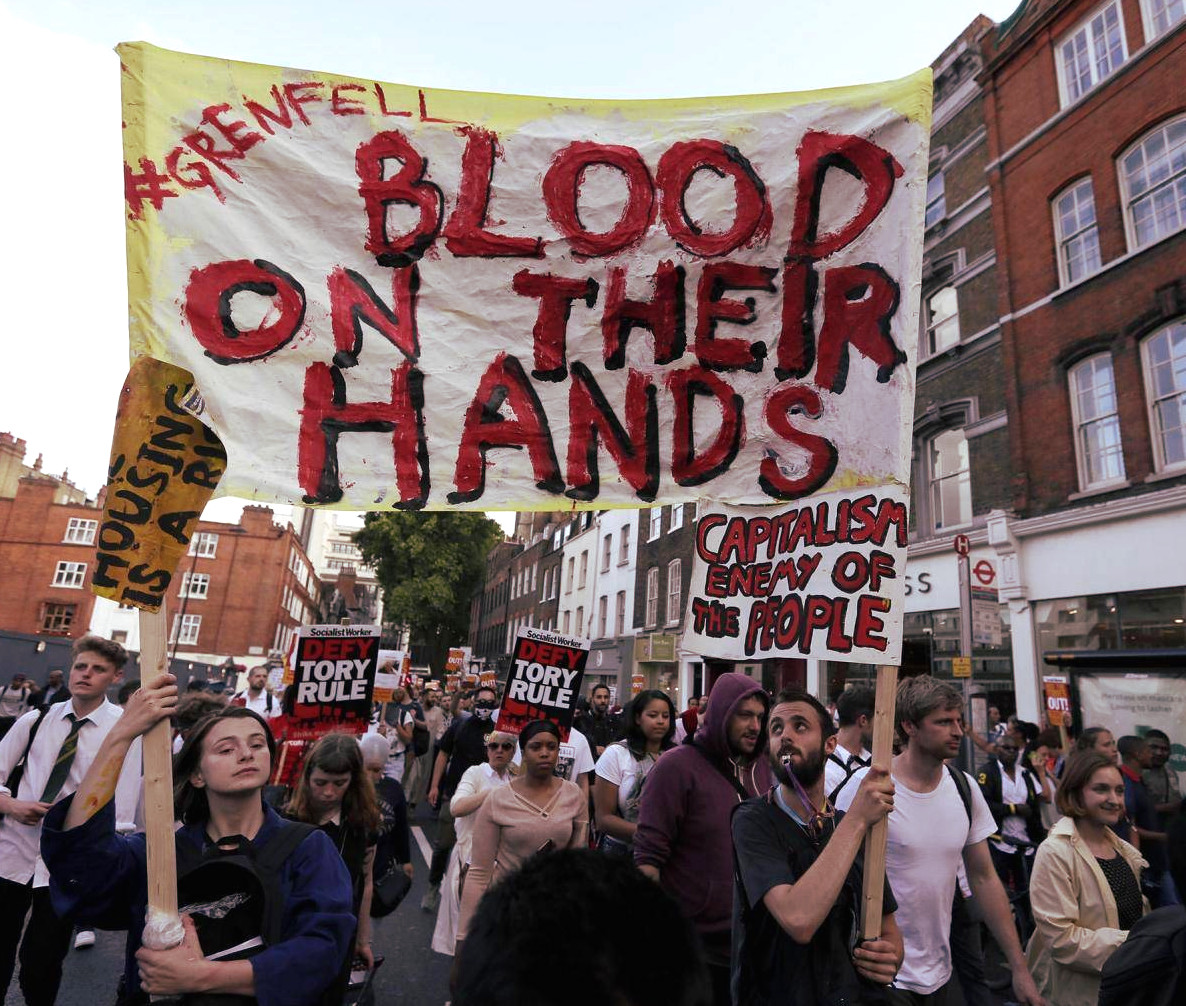 In the early hours of 14th June 2017, a fire tore through a 24-storey tower block in North Kensington, killing at least 72 people. In the wake of the event, it soon became clear that this was more than a tragic accident, as revelations began to emerge around a lack of fire 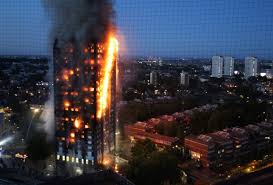 safety standards, a refurbishment which had saved £293k by downgrading insulation to less fire-proof material, as well as panels installed on the outside of the building to make it ‘look better’ for local wealthy neighbors (creating a cavity which acted as a chimney).

It also emerged that the residents of the tower had been trying to raise their voices in the run-up to the event in order to get their landlords and the council to address fire safety issues in the building, but to no avail…. 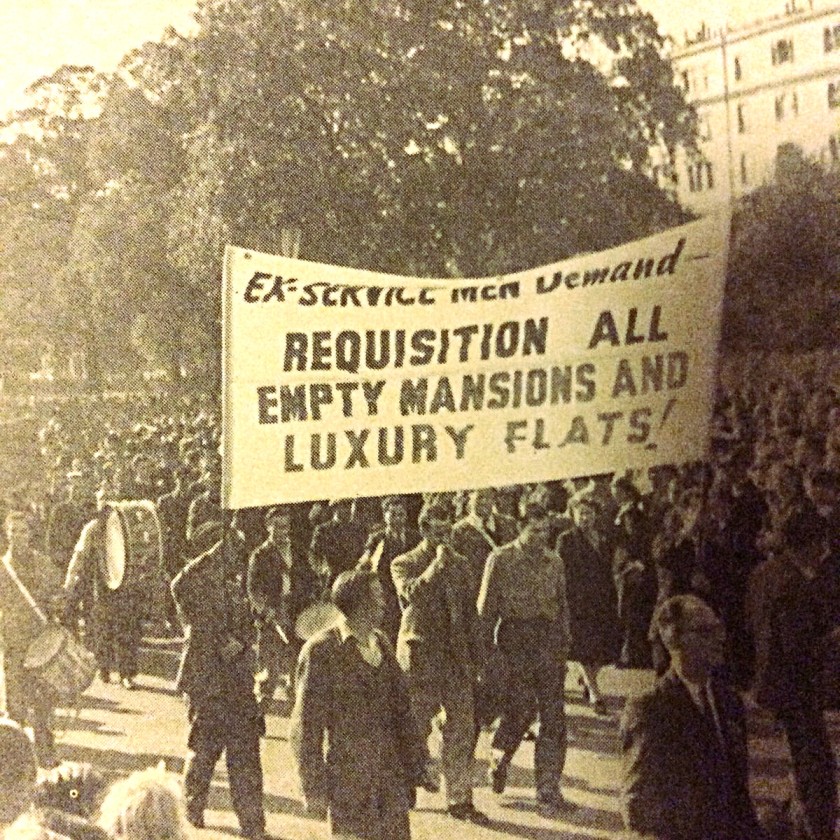 Grenfell Tower has now become a beacon for the housing crisis and urban inequalities in cities like London, symbolic of an aesthetic disregard for the poor (not listening to their voices and trying to mask their appearance on the city’s skyline behind panels) as well as who has the ability to access safe and secure housing (which is currently distributed around property ownership and notions of entitlement). Many, for instance, have pointed out that the fire took place in one of the richest boroughs in the country, but that Kensington and Chelsea also has one of the highest number of empty buildings in the UK, which are largely being used as investments by the international super-wealthy.” 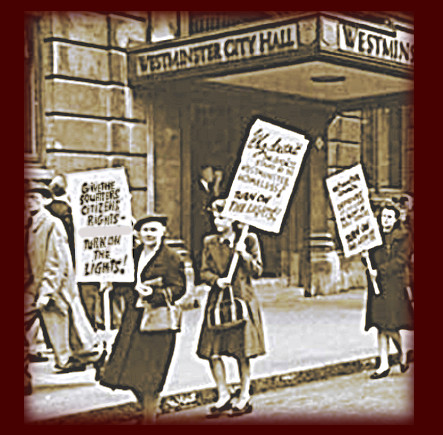 Addressing this context after the blaze, there was an extraordinary and controversial call by leader of the opposition, Jeremy Corbyn, for the state to take over these empty buildings in order to house survivors. This idea was immediately met with dismissal as threatening core tenants of property ownership and entitlement, yet we can actually find a precedent in the UK for requisitioning empty buildings in order to address a housing crisis. After the 2nd World War, both Churchill’s coalition government and Atlee’s Labour majority saw fit to overlook such property norms in order to redeploy empty properties as emergency housing the the urban poor. Crucially, however, both Churchill and Atlee were only forced to do so by post-war squatting movement…. 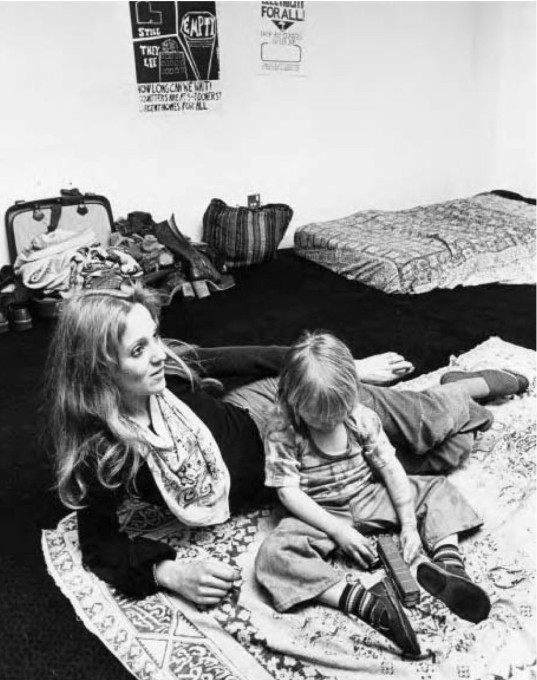 Housing Crisis 1974 – Squatters occupy newly built luxury flats at 5-7 Dover St, Mayfair. The posters talk of thousands of homeless yet hundreds of buildings are still empty, decent homes for all and ‘How Long Can We Wait!’ Housing Crisis 2018 – The same slogans are still good!

In addition to the now infamous Vigilantes in Brighton, few people remember the 40,000 families who spontaneously squatted empty military bases in the summer of 1946, or the Communist Party’s ‘Great Sunday Squat’ which led 1000 people to empty luxury flats in Kensington that September. But both of these actions put great pressure on the government to grant immediate material concessions (e.g. reconnecting utilities or finding suitable alternative accommodation) as well as listen to and address the housing situation of the city’s poor. This politics of forced entry, in other words, was successful in making previously ignored voices and appearances heard and seen on London’s post-war political landscape…. 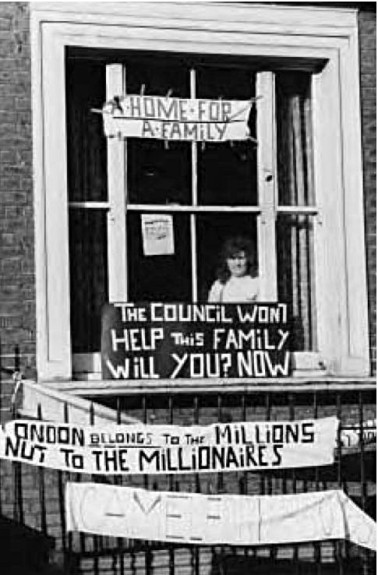 Housing Crisis 1975 – ‘WE WON, YOU SHOULD FIGHT THEM TOO. IT’S NOT WHAT THEY SAY BUT WHAT WE DO THAT COUNTS!’ Graffiti at Elgin Avenue, West London when squatting community fought and won rehousing. Housing Crisis 2018 – The same slogan is still good!  -‘We said the ‘waiting list’ was a political device to divide & weaken the real housing movement; homeless are not responsible for homelessness & no-one should have to wait for a home. Empty houses should be used’. Housing Crisis 2018- The same argument is good Southwark Notes

These small victories demonstrate that, in contrast to the financialised housing markets of major cities like London today – which treat property as an investment and property owners as protected from intrusion (even if they’re not using their property) – such norms have been overlooked in the past in the face of a housing crisis and direct action. Subsequently, by revisiting such historical examples, it is argued that we might be able to advance a popular politics of forced entry in the present, by demonstrating that we have before – and can again – think about property differently.

Sam BURGUM, Distributions of the Sensible: from Grenfell Tower to the Home Front, PDF of the presentation at the 2018 annual meeting of the Squatting in Europe Kollektiv in Catan 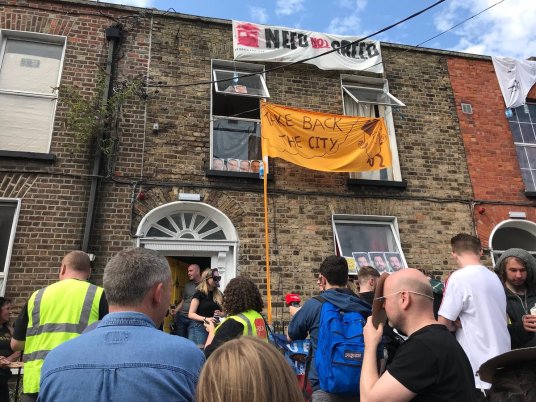 Sam BURGUM, Distributions of the Sensible: from Grenfell Tower to the Home Front, PDF of the presentation at the 2018 annual meeting of the Squatting in Europe Kollektiv in Catania.

The author of this post, Samuel BURGUM, is a Leverhulme Research Fellow at the University of Sheffield (UK) currently conducing research with activists in London into squatting, trespass, and direct housing action. Forthcoming article on Antipode: “From Grenfell Tower to the Home Front: Unsettling Property Norms Using a Genealogical Approach”. His blog: squattinglondon.wordpress.com / Twitter: @sjburgum 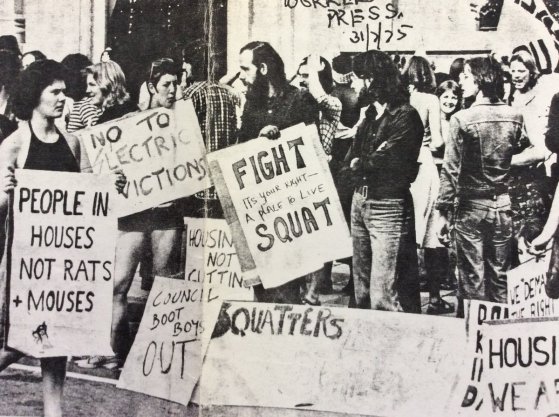 An interview with musician and writer Akala and local resident Joe Delaney, saying that people died and lost their houses in Grenfell Tower because they were poor. Channel 4 news on Youtube.

“The Grenfell Tower fire needs to be seen in the context of similar events such as the floods following Hurricane Katrina in New Orleans, Louisiana and the water crisis in Flint, Michigan, as well as other disasters worldwide, such as the 2011 gas pipeline explosion that killed dozens in an informal neighbourhood in Nairobi, Kenya, or the Rana Plaza collapse in Dhaka, Bangladesh in 2013. These disasters—distilled versions of innumerable everyday forms of structural violence—reveal the deadly inequalities of safety and security that characterise contemporary urban life”. David Madden, “Deadly cityscapes of power“, Sociological Review, 19/6/2017.

These positions heavily challenge interpretations such as Andrew O’Hagen’s, who wrote a long article on the London Review of Books arguing that there are no responsibles for the catastrophe, just a series of unfortunate events. The text was published in Italian on Il Post, here. 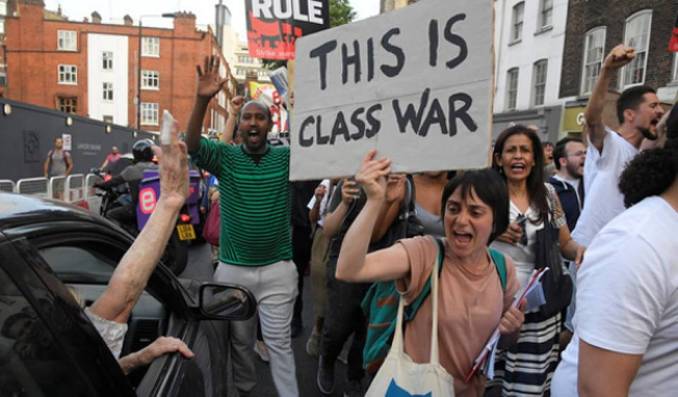 On the relationship between fires and gentrification, there is an enlightening book by the Wallaces about the Bronx. It explains in detail how the decay of the neighborhood is linked to planned shrinkage. After shutting down half of the fire stations of the districts, fires devastated the area, forcing residents to accept or even request private investments that pushed the Bronx into extreme gentrification. Deborah & Roderick WALLACE (2001) A Plague on Your Houses: How New York Was Burned Down and National Public Health Crumbled, Verso. Here goes another text of the same author about the same issue.

Many of the families killed in Grenfell Tower were Moroccan. One came from the Northern city of Larache, about which we wrote this post in 2011. Places and events are linked in ways that often escape from our understanding.

One thought on “They died for being poor: How Mass Squatting could Burst the Speculation Bubble.”