Nearly a Million People Took to the Streets. They Want the Western-imposed government out

By Ezili Dantò  from Global Research ….shared with thanks  … photos added

Janjak Desalin (Jean Jacques Dessalines), said, “I Want the Assets of the Country to be Equitably Divided” and for that he was assassinated, 212 years ago today.

Nearly a million Haitians took to the streets nationwide in Haiti on October 17, 2018. The day marked the 212th anniversary of the assassination of Haiti’s liberator and founding father Janjak Desalin by the mulatto sons of France and their slave-making European fathers and white settler colonists.

The comical colonial co-option was obvious as many of the suspected criminals/Bafyòti who are at the heart of Haiti’s neocolonial corruption and who are accused of stealing state funds, entered the demonstrations, also asking for the stolen monies to be returned and for a stop to impunity! 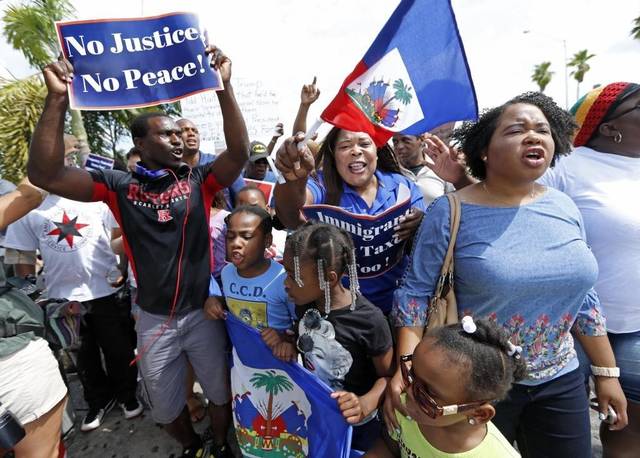 But the people know who they are. The Haitian population assures that they are mobilized in an unprecedented manner and won’t be distracted…. Haitians died today. They want the Western-imposed government out of Haiti. They want an end to impunity.

The people of Haiti want the $3.8 billion PetroCaribe funds returned to Haiti with a legitimate government ruling.

Honor to Defile – Kouwon pou Defile, was the warrior mother who gathered the pieces of our Liberator and held on to our dignity on that October day, 212 years ago, as Aset did for Kmt. Thank you Defile!

If I am a whole human being today I have to say: Thank you Desalin! End the Unjust System.

If you read the Associated Press reporting for the demonstrations in Haiti, Haitians protest alleged misuse of Petrocaribe funds, you’ll see the complicit media are at it again. How is it possible that the significance of October 17th to Haitians is NEVER really mentioned in this Associated Press article for today. At least 7 Haitians died today. They did not die in vain or just because they WANTED to get shot.

They want the Western-imposed government out of Haiti, their resources to be used for local Haiti development, infrastructure, education and health, not flown to foreign coffers or used for the sole comfort of the few Western puppets imposed on them… But the racist Associated Press reporting fails to make any sense.

They won’t explain about the Digicel’s monopoly and role in the fake elections; won’t point to the Obama-Clinton, consultant-create fake elections that put in a far-right colonial puppet government in Haiti to services the oligarchs and sell out the country.

No real context was given other than the imagery of the violent Haitians throwing rocks and burning tires. The magnitude of the popular revolt wasn’t conveyed.

The AP article also fails to mention the United Nations role in Haiti, making millions for 15-years, training the police who shot  the unarmed demonstrators and many say that same United Nations also transported the doctored ballots that gave Haiti the unelected, Western-supported Jovenel Moise, the people did not elect this so called “legal bandit” and the incriminated money-laundering president! 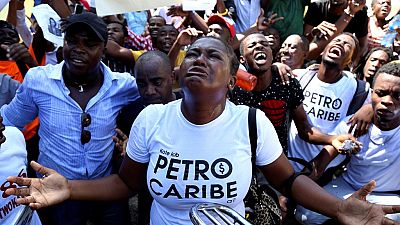 see also:  Haiti on this Earthquake Anniversary Still Pays the Price for Having Fought Slavery

AP and their crew are a bunch of oligarchy waterboys. These racists and decontextualized articles from AP and the complicit media should not be trusted by anyone with a brain cell. They are tapping into racist imagery and stereotypes about “rioting Haitians”.
But, I’ll say his name: “Janjak Desalin (Jean Jacques Desalin”) since AP cannot utter the name of the man who first put liberty into application in the Western Hemisphere, beat three European nations and was assassinated by the mulatto sons of France and their slave-making European fathers and white settler colonists, exactly 212 years ago today.

This October 17th, Haitians came out to say this system in Haiti that started with the assassination of the man who ended slavery in the Western Hemisphere, that day is when neocolonialism and the social/economic exclusion of the Black masses began.

Two hundred and fourteen years after Haitian Independence, Haitians are still paying the price for having fought slavery and for having won that fight. The former colonists France and Spain have returned to make Haiti a free for all. The United States and Canada are there too. This is to be expected. 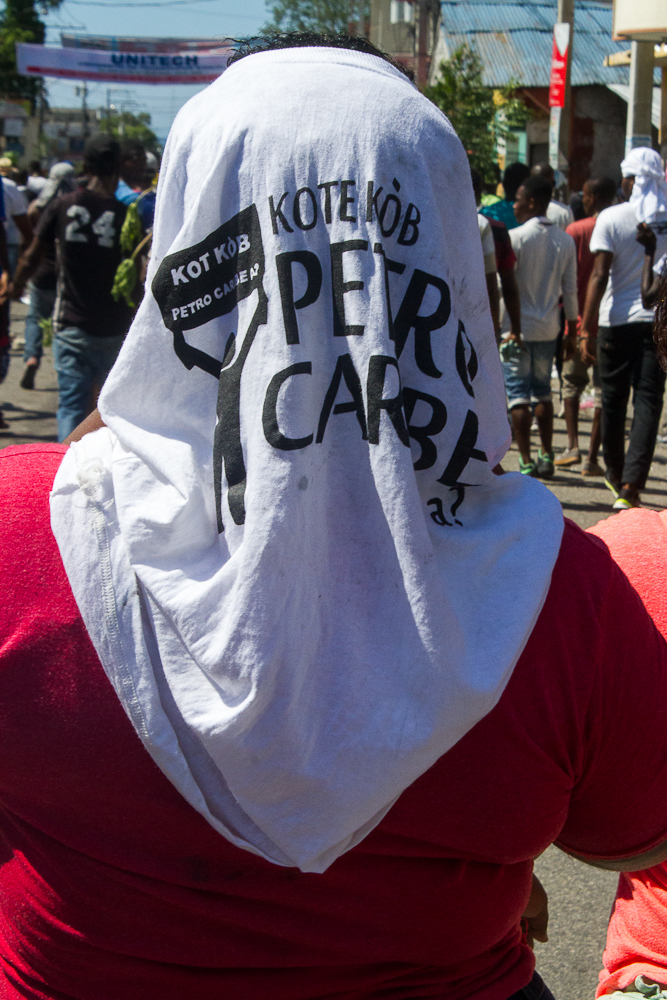 former European colony has had to fight for its independence more than once. Cuba fought Spain, Vietnam fought France, and then they had to fight again. Independence is never won. In Haiti, this ongoing struggle is part of the fabric of our history. If we successfully did it when we were slaves, then we can do it again.

We can never give up that fight. Haiti has been a beacon for human rights. When everybody was giving lip service to the rights of men, we were the ones who stepped up and said most persuasively that there was no place for slavery in the rights of men. Yet slavery persists. It was unacceptable back in the late 18th century, and it is unacceptable now. The colonists are returning as international gangs. People all over the world must also join to fight them.

It began with endless indebtedness, unfair trade, privatization of public assets for the oligarchs’ interest, wage slavery and a black face to Eurocentricism to rule on behalf of the white oligarchs. Colonialism and imperialism in Haiti will end, the demonstrators said, using the PetroCaribe $3.8 billion theft done after the earthquake, as their latest example of neocolonial theft in Haiti.

It is reported that today’s gatherings were the largest protests and popular dissent to a colonial government, ever seen in Haiti, in terms of the sheer numbers of people who took the streets, nationwide to protest the post-earthquake embezzlement of monies in the name of “helping Haitians.”

The populace gathered at several key locations in the capital and converged at Champ de Mars, in Port au Prince to show the colonial puppets, put in power through fake elections. They have NO POPULAR SUPPORT and cannot investigate themselves, indict and punish themselves for stealing monies and putting Haiti in debt that must be repaid by the oppressed and exploited Haitian majority.

The Clinton-Obama installed, puppet president, Jovenel Moise, and the other unelected narco-trafficking Parliamentarians must get out of the way, the leaders of this movement said. That’s what the people are saying. They knew the police, paid and funded by the colonists and the small white Arab/Lebanese/Syrian/Jewish (Bigio & Mev) oligarchs ruling Haiti, would shoot them. Freedom is not FREE!

A lot of people got hurt today. We knew this. The battle for liberty, inclusion, and economic justice is hard in this profit over people world. It’s been interminably long for Haitians, who, after 300 years of brutal European slavery, now are at 212-years of containment in poverty while their natural resources get pillaged and plundered by Empire’s oligarchs and puppets.

But, though long and horrific, for the descendants of Defile and Desalin, every day we die to stop the despots and tyrants and this time fight to bring economic liberty to all, not just to end chattel slavery…to be replaced by wage slavery…or cloaked in humanitarian imperialism, the charitable industrial complex, poverty pimping do-gooders or other such sophisticated frauds, dubbed “free trade, democracy, neoliberal economics, et al… ”

see also:  Haiti on this Earthquake Anniversary Still Pays the Price for Having Fought Slavery

Note to readers: please click the share buttons above. Forward this article to your email lists. Crosspost on your blog site, internet forums. etc.

This article was originally published on the author’s blog site: ezilidanto.