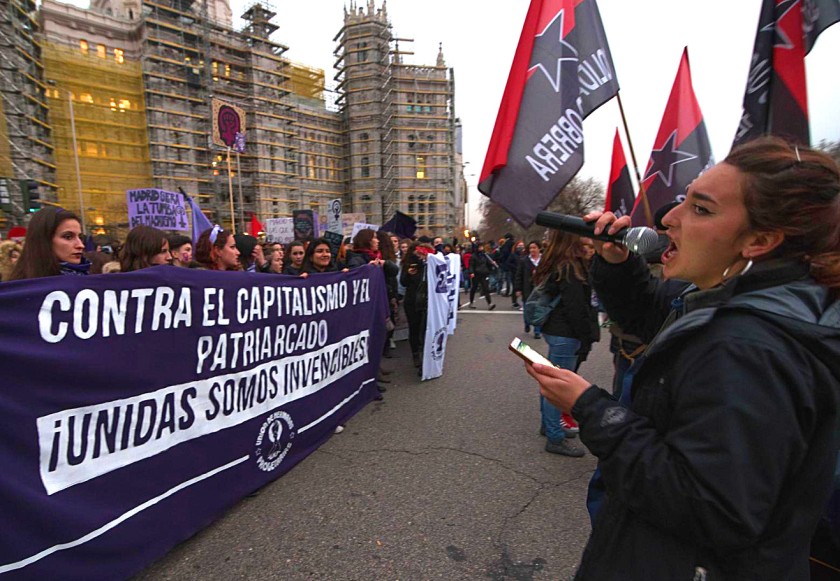 Feminist collectives, LGTBI, Podemos, IU and the SAT are  promoting mobilizations in Andalusia before the investiture of a rightwing coalition including the new fascist party Vox, on Tuesday 15th and 16 Jan..

Its the first time since the Dictatorship that openly fascist candidates have been elected and the far right have gained control of the Andalusian local parliament.

The PP got the support of Vox without openly assuming its shocking anti feminist measures but Vox with 10 seats will hold the balance of power..

The news of the despicable Vox in power generated rage on social networks and sparked calls for multiple demonstrations and rallies on the investiture dates, on January 15 and 16 .