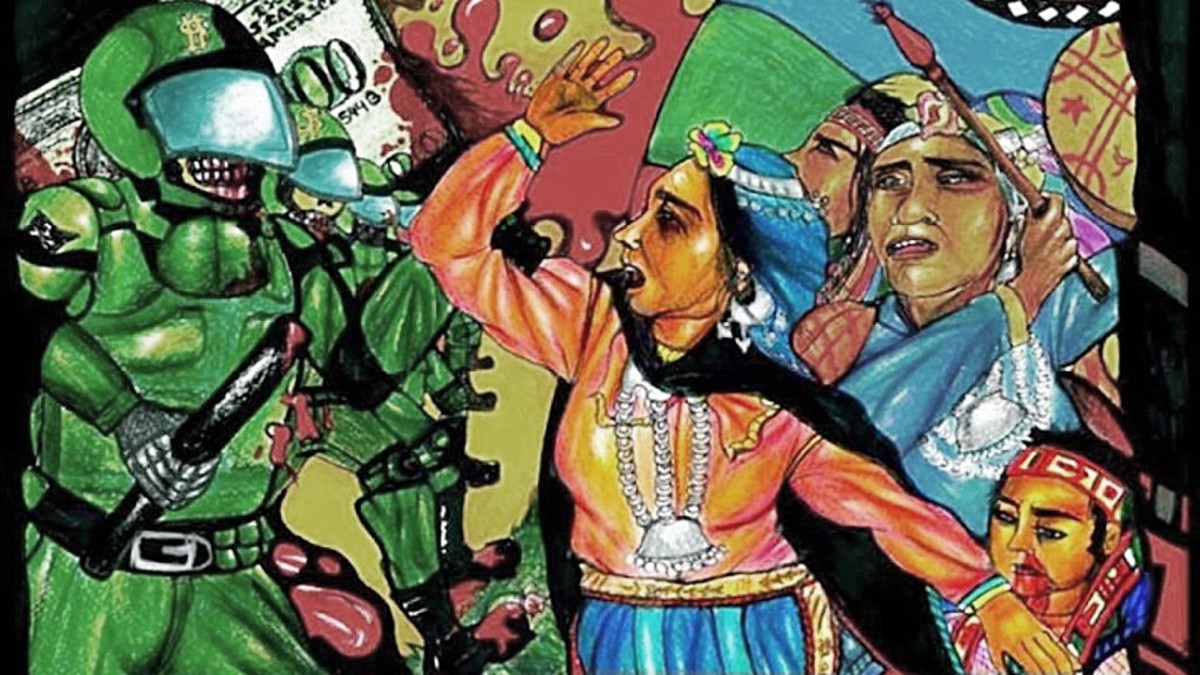 It is no longer accurate to speak of one feminism, encapsulating the experiences of white women in the west and laboring women in the global south, for example.

Rather, today, we speak about feminisms, different branches fighting in the cause of women’s freedom, and created by women from the so-called ‟third world” – women of color, black women, and indigenous women.

These feminisms were brought into being when women from around the world began to critique the limitations of the sort of universal feminism that come from the white bourgeois women in the West to explain our own realities.

Thanks mainly to the legacy of black feminism, plus the work done by social activists in Abya Yala (a decolonial term to refer Latin America and the Caribbean region), for generations we have been building a feminism that describes our needs, goals and political program. We call this decolonial feminism. As we forge decolonial feminism, new archives of women from Abya Yala such as the collection of the late feminist activist and founder of Gender Studies and the Women’s movement in Chile, Julieta Kirkwood, can only lead us to further strengthen this feminist and political project.

Knowing when decolonial feminism started can be at least problematic because, as with many other theoretical concepts, the historical record of women is full of silences. So many women in history have done and said things which were never recorded, because women have historically been restricted from reading and writing, and the men in charge never thought these struggles and ideas were worthy of ink.

A good place to start, however, would be when Sojourner Truth, a free black woman, famously declared ‟Ain’t I a Woman?” in a speech for the Ohio Women’s Rights Convention in 1851. This speech and phrase may be one of the first expressions which shows the power relationships dividing ‟women.” Sojourner knew that her position and circumstances as a black woman who fought slavery for her freedom and that of her community, was different than that of white women.

‘Femicide is a Crime of the Patriarchal State’..Women Creating

Following this idea, other important black feminists and activists such as Angela Davis or bell hooks, developed a more complex understanding of their experiences. Later this would be called intersectionality by another black woman, Kimberlé Williams Crenshaw, an academic. In fact, it was black feminists who first realized the complexity of the oppression in their daily life, which was permeated by broader issues related to race, class, and sexuality.

Just like the concept of intersectionality was taken from black feminist thought, decolonial feminism has a similar construction. We can recognize at least two sources that took part in the emergence of decolonial feminism: 1) the collective political practices and activism forged by people from Abya Yala, along with those from critical feminisms, and 2) decolonial theory built by Latin American thinkers. These feminisms criticized the feminism produced by white feminists.

The kind of feminism being criticized is rooted primarily in the experiences of middle and upper-middle class white women in Europe, Australia, South Africa and the US. It is one that tried to make itself universal, and emerged when many white women were fighting for their right to vote.

And yet, many of these founding mothers of feminism had little to say about Apartheid, Jim Crow, and indigenous genocide. It was a feminism that tried to make itself the “feminist common sense” while aiding in the oppression of women everywhere. In other words, it was a “hegemonic feminism” that came from privileges of class, race, gender, sexuality, and geopolitics.

In order to correct this kind of feminism, and replace it with one that captured the various struggles of women everywhere, the Argentinian scholar María Lugones began to use the term ‟decolonial feminism.” In a broad sense, she has argued that feminism must fight coloniality, which refers not just to the historical legacies of colonialism, but to the effects of the power relationships in a world scale, where colonialism, capitalism, and western globalization were an inseparable triad in the project of modernity.

In my case, being a woman and feminist in Chile was a completely different experience compared to when I came to work in the US for the first time in 2015. Coming from the South and a working-class family made me realized how far I was from other women who grew up and developed in these middle-class and upper middle-class institutions and country. It made me understand better my own experiences in a wide scale while giving me more strength and clarity for the sort of feminism I wanted to build.

Living in constant fear of going home by yourself at night, knowing that most of us have been sexually abused, not having enough money to access good education or in other cases to fulfill our basic needs, are just some of the struggles we face every day in the South. We face more poverty because our resources have been taken away under the colonial and capitalist order, so these situations happen with more intensity in our countries than in the US, Europe, or Australia.

All these reflections brought me to a feminism which focuses in our own experiences as women and bodies in Latin America, affected by colonialism/coloniality, racialism, the capitalist and neoliberal economy, and contemporary patriarchy that was at the same time the product of ancestral and colonial patriarchies.

It may seem to some that decolonial feminism is just an academic buzzword, but the word itself captures the practice of political projects taking place in the global south. Like me, different feminist organizations, collectives, and people in Abya Yala are now engaging with this political project, practice and thought.

For instance, my comrades and I, who previously organized with anarchist-libertarian and anarchist-feminist platforms in Chile, have created our own collective called Quimera to explore and move towards the creation and dissemination of our thought and political project permeated by decolonial feminism.

In addition to this group, there are many other organizations around the region, such as the Mapuche feminist collective ‟Rangiñtulewfü” (Between Rivers). This is a group of indigenous and mestiza women, men, and queer folks who are building a Mapuche feminism based on decolonial perspectives.

They criticize an imposed gender binary, the capitalist economy, and extractive industries. They also go beyond to rethink themselves in accordance with their own culture and the effects of coloniality.

A similar platform is ‟Mujeres Creando” (Women Creating), an anarchist-feminist group which started in 1992 in Bolivia and has conducted more than 20 years of activist work criticizing the neoliberal economy, power institutions, and an institutional feminism which doesn’t account for the Bolivian indigenous poor.

For them, the problem and the challenge is to question the legitimized structures, logics, and meaning of these institutions, because they believe that the end of patriarchy cannot be possible without decolonization and the end of capitalism.

In the same way, there are the Maya-xinka women from Guatemala who created feminismo comunitario (communitarian feminism). One of the most well-known woman from this movement is Lorena Cabnal.

Lorena defines feminismo comunitario as a project created by indigenous women in Abya Yala, which comes from angry bodies trying to re-understand their own oppressions and emancipations. It is a decolonial feminism not born in academia but in the daily life of indigenous women. And just as black feminism pointed out earlier, these oppressions are a triad which cannot be considered as independent, but rather as part of one system which benefit from each other.

Nevertheless, it is important to highlight the fact that even though all these organizations, women, collectives, communities, etc. are shaping themselves through this decolonial turn, there are still many different feminisms within Abya Yala.

Indeed, rather than defining decolonial feminism as just one term to refer to all feminists in the region, I would prefer to understand decolonial feminism as a feminist revolution which includes a variety of subtle nuances according to all the different and local experiences of the bodies who inhabit Abya Yala.

In other words, decolonial feminism is the expression of all feminisms that are being built now in Abya Yala and have the common ground of criticizing false universalisms, challenging a binary system, favoring the creation of a local agenda. Decolonial feminists in Abya Yala position themselves as anti-racist, anti-capitalist, and anti-sexist. 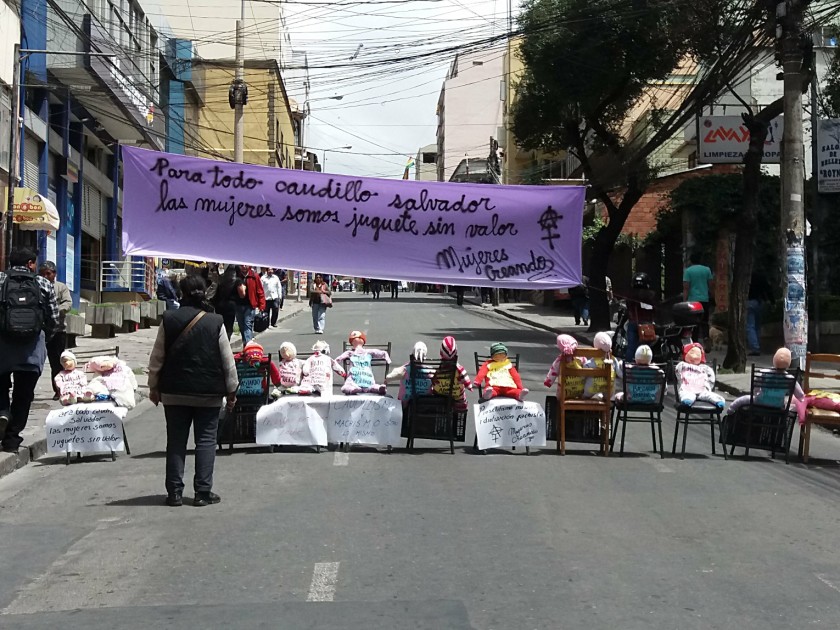 For Every Saviour Dictator, Women are Worthless toys

As a part of the strengthening this feminist and decolonial praxis, academics have been writing about these issues and experiences, especially within the scholarly work of people from Latin America. Yet they build on a legacy of the women which came before them within Abya Yala.

Such is the new collection of Chilean feminist and scholar Julieta Kirkwood, who was one of the first to prominently address feminist issues in the country during the mid to late 20th century. Under the motto ‟Democracia en el país, en la casa y el cama” (Democracy in the country, beds and houses), she fought against Pinochet’s dictatorship while disseminating feminist ideas. Kirkwood proposed the unification of political participation and feminist thought, and she affirmed the need for women to get involved in social transformation. 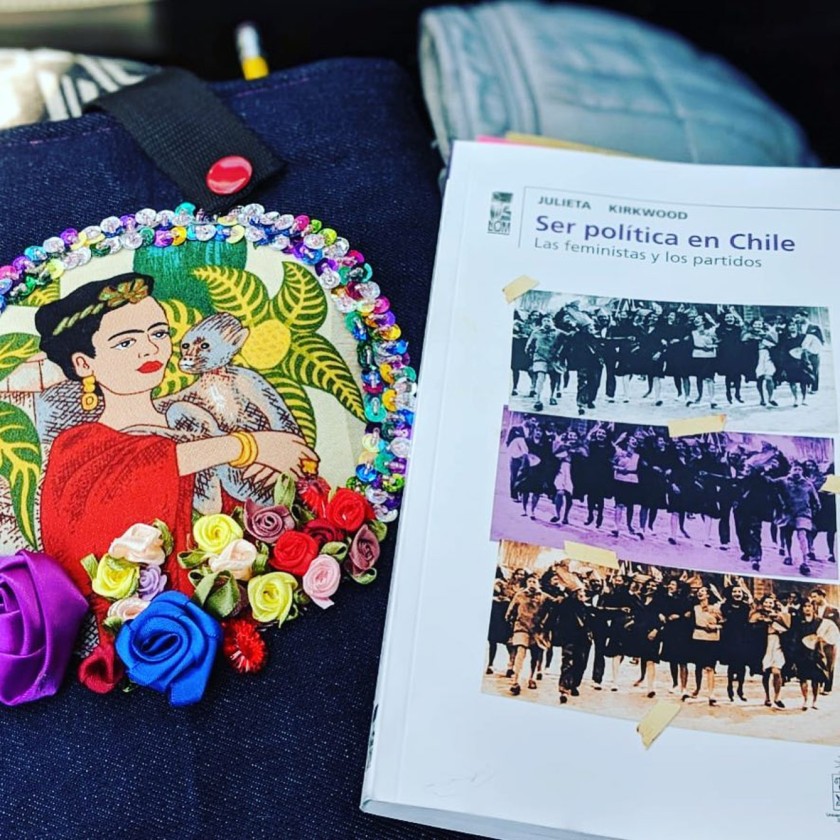 Kirkwood claimed that there is a tight relation between power and knowledge, and this relationship made patriarchy possible. If knowledge was created and consumed by those in power, then it would not help emancipate those without power. She also argued that there was a political strategy which divided our “theories” about the world from our practice.

She theorized on the power relationships within the private sphere, between men and women, for example, and between women themselves. These ideas, experiences, and reflections written by Kirkwood are now in the National Library in Chile. It was the feminist Vicky Quevedo who in November donated Kirkwood’s journals and documents to the library to promote feminist studies.

Kirkwood’s archives are a possibility to root decolonial feminism and put it in dialogue within the feminist revolution across Abya Yala. Just as my comrades and I are trying to look for ways to disseminate our analysis and experiences from our own realities and ways of knowing, indigenous women in Guatemala are fighting for their freedom, rights, and equality in society.

Communitarian feminists are giving talks not only in Abya Yala, but in the US and Europe, making a call to Western feminists to look at the needs and demands of women from other parts of the world.

‘I’m the forbidden one’.. self help book for young women

Decolonial feminism does not only focus on gender division and oppression. It is a complex and broad political project which struggles for the de-privatization of water and territories, against extractivism, and against violence directed at the LGBTQ community. The most important aspect is that decolonial feminism is a plurality of experiences and agendas that fight against oppression, according to the needs of each territory and reality.

As Lolita Chávez, an indigenous and communitarian feminist from Guatemala, puts it, “Estamos aquí alzando nuestra voz para que los feminismos sean plurales y diversos y no se limiten a ciertas agendas individuales o de un solo sector. / We are here to raise our voice up to make feminism plural and diverse, so they aren’t limited to only certain individual agendas or to specific sectors.”

* Abya Yala is a term in Kuna language which translates as ‟earth alive” or ‟ripen earth”. It is used as an alternative to Latin America for its colonial and racial legacy.

Pilar Villanueva is a feminist activist and the editor-in-chief in Zanganos Magazine.