…” if Venezuela falls to the US capitalist onslaught it will be a new Colombia, with profits for the rich, a genocide against the poor and indigenous and a 50 year long civil war..”
shared from TeleSur English, with thanks

According to a recent count, just since the signing of the peace agreements in Colombia, in November 2016, 596 social leaders have been killed.

Ordóñez was murdered Monday night by a group of strangers in the department of Nariño, in southwestern Colombia, official sources said. 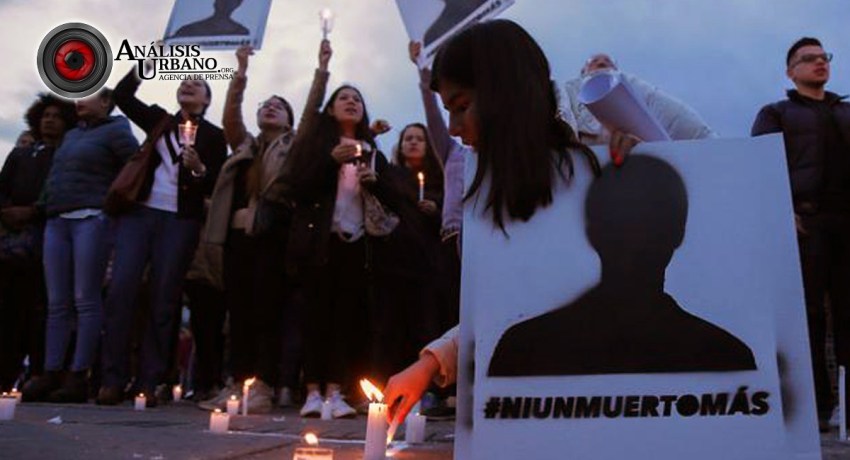 Rosero Ordóñez, 47 years old, was the representative of the Public Ministry of the town of Samaniego, in Nariño, and had previously warned she was receiving threats against her life.

According to a police report, the lawyer was approached by two hit men, who shot her at close range.

Although she was given first aid almost immediately, it was impossible to save his life, the reports said. The Attorney General of the Nation and the Ombudsman of Colombia, in a joint statement, lamented the crime.

“@PGN_COL and @DefensoriaCol condemn the crime against the person from Samaniego, Nariño. Statement attached”

Both institutions demanded that the government of Colombian President Ivan Duque “take urgent measures” to guarantee the lives of human rights defenders, as well as all social leaders.

Luis Eduardo Dagua, his body was found with clear signs of torture;

According to a recent count made last week, after the signing of the peace agreements in Colombia, in November 2016, there 139 former guerrilla fighters were killed. Also 31 relatives of ex-rebels have been killed, while 596 social leaders and 119 Indigenous people were murdered.

According to the non-governmental organization Programa Somos Defensores, from January to March, 25 more human rights defenders in Colombia were killed.

shared from TeleSur English, with thanks

The US is blockading and subverting Venezuela to control it like Colombia. Plan Colombia was a counter narcotics and counter insurgency military aid package launched in 2000 by then U.S. President Bill Clinton to put down leftwing resistance to the oligarchy, the ‘Mafia of the Rich’  who have long plagued Colombia, and indeed Latin America, …

Plan Colombia Has Been a Nightmare for Women  Six women were raped every hour in Colombia during the first nine years of Plan Colombia. That figure was taken from a joint survey done by women’s rights organizations, which include Oxfam and other Colombian based groups. The study revealed that some 489,678 women were victims of some type of sexual violence, while 7,752 had been forced into prostitution between 2000-2009—what were integral years for the controversial deal.

As one more example, Colombian Indigenous and campesino leader Alicia Lopez Guisao was killed in Medellin

Nicaragua in the Shadow of Western Fascism   by Tortilla con Sal

The Bolivarian Revolution Metes Out Poetic Justice   by Arnold August