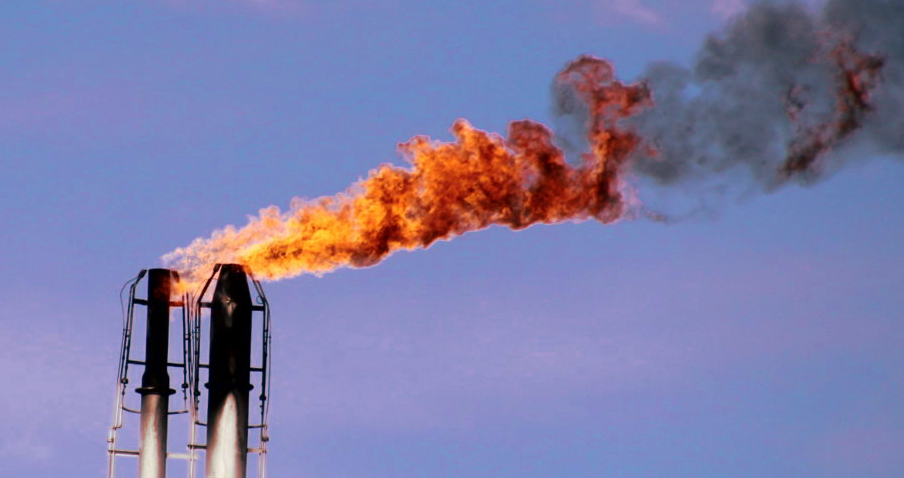 see also: It’s a Vast, Invisible Climate Menace. We Made It Visible.. HERE:https://wp.me/pIJl9-e8w

Madrid, Dec 4 — Today at an official COP25 side event Texas and New Mexico residents — impacted by the extraction of Permian Basin oil & gas, and by planned infrastructure to transport, process and export it — informed delegates and other attendees that catastrophic climate change is inevitable unless the Permian infrastructure expansion is stopped.

“The Permian Basin is an oil and gas carbon bomb that’s exploding, and it’s happening right now. If we can’t defuse it, the world cannot avoid catastrophic

Between 2018 and 2050, production of new U.S. oil and gas reserves could unlock 120 billion metric tons of new carbon pollution. Meanwhile the U.S. — thanks to Permian production — just marked its first month as a net exporter since records have been kept. If production and expansion are not curtailed, U.S. oil and gas expansion will impede the rest of the world’s ability to manage a climate-safe, equitable phase out of oil and gas production.

Although communities across the region are bearing the brunt of impacts from oil, gas and petrochemical development, those most at risk from the Permian expansion are those already the most impacted by social and environmental injustice. And on Texas’ Gulf Coast — where the oil & gas is processed and exported — they’re suffering twice: from the operations’ toxic pollution, and from intensified climate change.

“I live less than two miles from the Ship Channel in the East End of Houston, TX. My dad was a United Steelworker who died of cancer in 2016, and I was diagnosed with an autoimmune disease that same year. So I’m well aware that workers and fenceline communities are paying with their health the price of daily exposure to toxic pollution from oil and gas infrastructure,” said Ana

No One Should Have to Breathe These Chemicals – AnaParras of Texas Environmental Justice Advocacy Services (@tejasbarrios). HOUSTON — While families across the country celebrated Thanksgiving with their loved ones, more than 50,000 people in Port Neches, Tex., were forced to evacuate from their homes and spend the holiday in makeshift shelters

Scientific study and optical gas imaging videos demonstrate that the worst recorded oil and gas methane pollution is in the Permian Basin of Texas & New Mexico. Because methane is 86 times more powerful a climate pollutant than carbon dioxide, and because it only stays in the atmosphere for 12 years while carbon dioxide remains for as long as 200 years, eliminating methane pollution is among the quickest, if not the quickest, way to mitigate future climate change impacts.

photo shared with thanks from The Times exposé https://www.nytimes.com —

“I travel the Permian Basin with an optical gas imaging camera that makes visible the normally invisible methane pollution the oil & gas industry often claims doesn’t exist. If you could see what I see, there might not be a fracking boom. Seeing is believing,” said Earthworks Field Advocate Nathalie Eddy.

Earthworks’ Community Empowerment Project (CEP) works with communities to protect their health and the climate by making visible normally invisible air pollution from oil and gas facilities. With video evidence in hand, we work side-by-side with impacted residents to pressure regulators and companies to reduce pollution.

Earthworks’ Community Empowerment Project (CEP) works with communities to protect their health and the climate by making visible normally invisible air pollution from oil and gas facilities. With video evidence in hand, we work side-by-side with impacted residents to pressure regulators and companies to reduce pollution.

Together we spotlight regulators’ responsibility to protect the public from the industry’s pollution — and hold them accountable when they don’t.

Find Pollution Near You & Take Action

Earthworks ITC-certified staff travel the United States and internationally exposing oil and gas air pollution using our optical gas imaging cameras. Zoom in on the map below to find camera icons indicating the worst of our 700+ videos of pollution from oil and gas sites.

Earthworks’ team of experts uses these videos to file official complaints with state and national regulators, and to help communities do the same. Once regulators respond to our complaints we add them to the map. Zoom in on the map below to find paper and pencil icons that track closed complaints and any related actions.

You are not alone. Over 12.6 million people in the United States live within half a mile of an oil and gas facility, a distance within which health impacts have been most clearly correlated by peer-reviewed science. Zoom in on the map below to find a person icon and hear some of their stories. To add your story, contact us at info [at] earthworks.org.

Get help. Fill out a form at the bottom of this page to bring Earthworks’ CEP to your community, get help filing an official complaint or to share a complaint you already filed with Earthworks.

There is a huge global spike in methane, one of the most potent greenhouse gases driving climate change over the last decade, according Harvard University Studies. The U.S. is the biggest culprit, mostly from oil and gas fracking wells, there are over a million of them, with half already abandoned. Obama introduced laws so that the industry would -voluntarily- at least measure the leaks. But even that is being repealed by the Trump administration, a criminal and ecocidal policy in the light of years of concrete scientific proof that the methane emissions are tipping us towards imminent uncontrollable climate chaos.. Controlling methane emissions would be a quick way to pause climate change, while CO2 remains in the atmosphere for many decades.

Oil and gas pollution can cause health problems for nearby communities ranging from asthma and nosebleeds to increased risk of cancer. It also releases large volumes of methane, a potent climate pollutant 86 times worse for climate than carbon dioxide.

Thanks to generous Earthworks supporters, we have been documenting pollution with FLIR GasFinder 320 optical gas imaging (OGI) cameras since 2014. Our cameras are the same model used by industry and government agencies to detect leaks and chronic pollution, and our camera operators receive the same training.

How can CEP help you?

photo shared with thanks from The Times exposé https://www.nytimes.com —

US to flood EU with ‘Frack Gas’, now proven ‘Much Worse Than Coal’

What is the real cost of cheap Russian gas? STOP both US and Russian Climate Criminals

The US Fracked Gas has been shown to be at least twice as lethal for the world climate as coal, due to massive methane leaks. However the Trump led regime has cancelled all methane measuring regulations in the industry, despite a  a recent study from Harvard, and still sells the myth that gas is a less dangerous ‘transition fuel’.

U.S. And European Activists Host #BreakTheFrackingCycle demonstrations have sought to amplify, … fighting back against the expansion of fracked gas projects. If built, the Rio Grande LNG terminal would be the single-largest source emitter

Public Resistance in the US is limited as Water and Environmental laws were suspended for the gas and oil fracking entrepeneurs and compensation is impossible for the huge public and animal health epidemics caused by exploding lethal chemicals in huge quantities close to groundwater.

US Fracking has benefited from state support, free loans and exemption from environmental and climate costs. Even so the industry has always been close to bankruptcy, wells are short lived and up to half a million are abandoned, many with lakes of toxic chemicals.

Nevertheless Fracking has made the US self sufficient in energy, and the web of pipelines bringing the gas and oil mostly to the Texas Gulf coast has spawned a huge LNG export industry, now set to expand fivefold, and a giant LPG volume supplying a mushrooming plastics industry.

see also: It’s a Vast, Invisible Climate Menace. We Made It Visible.. HERE:https://wp.me/pIJl9-e8w

Efforts to force the Fracked Gas on Europe continue, with  open blackmail   of US dependent European states,  linking anti Russian sanctions relief to buying Fracked Gas and vetoing the Russian Northstream 2 pipeline. New terminals have been built in US friendly Lithuania and Poland, as well as a new scheme of discounts to the Henry Hub US pricing system the Fracked Gas is pegged to.

Failure of US bid to flood Europe with Gas from Fracking