”March 8th was adopted as the International Day of Working Women in memory, along with other previous struggles in the second half of the nineteenth century, of the dozens of women killed in a textile factory in New York in March 1911 for claiming improvements in their labor rights and salary equality with men.

With the evolution of the times, for some years now, March 8 has become known as International Women’s Day, losing the words ‘Working Women’ and the concept of a worker, which may be due assuming that new social sectors are approaching feminism, thereby gaining in transversality and greater public visibility.

From liberal feminist and even social-democratic viewpoints, the the disappearance of the word ‘worker’ is may make sense. But for anarcho-feminism, the component of working women is indispensable.

We understand that feminism has to be, in the first place, a class feminism impregnated with other parameters such as postcolonial and racialized feminism, feminism of the intersectionality of migrant women, cyberfeminism, lesbian feminism, queer, ecofeminism, punkfeminism, transfeminism …”.

”The feminist movement in the Spanish State is preparing for a new 8M of 2020. After two editions marked by unprecedented massive demonstrations and strikes – labor, consumption and care, the relevance of calling it again is one of the questions that emerged a month after the call, because it falls on a Sunday and most want to advance with new actions. At the moment, only Catalonia is inclined to call a General Strike”. 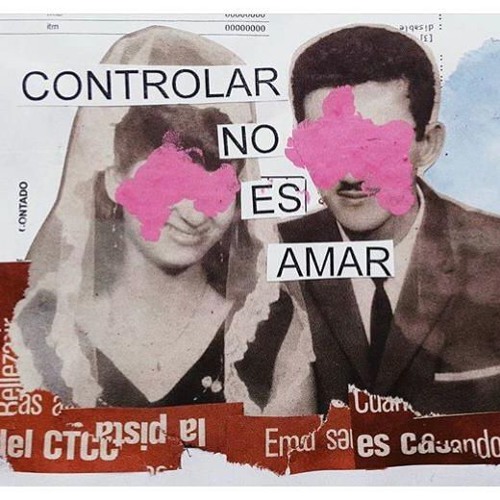 ”As a previous step to the demonstrations that will be convened in all cities for and around the 8th, which when they coincide on Sunday have many possibilities of being massive, all the territories are organizing meetings, assemblies, workshops, appeals, activities … And many of these actions will be carried out on a small scale because “decentralization is one of the most powerful forces of the feminist movement,” says Dolo Pulido from Barcelona.

”In the Catalan capital, the 8M began already on February 14 with a performance called “San Violentín” to point out the myths of romantic love and on the same day the southeast of Gran Canaria held an Assembly with the same intention. One day later, on the 15th, the women took the north of the island in a feminist human chain in the style of that of Madrid and organized several workshops”.

”Of course, the feminist struggle is transversal and affects all women by the mere fact of being so, regardless of ethnicity, country, belief or social status, but in taking up the legacy of the Free Women anarchist movement (Mujeres Libres), women have to free ourselves of a triple slavery. On the one hand, illiteracy and inculturation, on the other the condition of being a woman and also the condition of being an exploited working woman.

While it is true that liberation from the first slavery has been achieved to a very high percentage, at least in our country and indeed in the new generation we can even see that the educational level of women is already higher than that of men, it is also true that the release from the other two kinds of slavery is still pending.

Thus, the woman, by her mere condition of being one, continues to occupy a secondary, invisible and merely a role in this capitalist and patriarchal society. And, furthermore, the working woman suffers an exploitation greater than the man.

We can easily verify this if we review aspects such as the existing wage gap, the amount of the minimum pensions, the highest unemployment rate, the inequality of opportunities, the difficulties for the development of the professional career, the exclusion for reasons of ethnicity and country of origin, the heavy burden of the double working day, etc.

By way of example, it should be noted that, as workers, women suffer a wage gap that, according to the latest economic studies, represents the equivalent that from January 1 to February 28 of this year 2020, women are working for free (calculated for the Spanish State). Unfortunately, this inequality gap continues to grow progressively.

That society is patriarchal and assigns to women a secondary role is something undeniable and this despite the fact that we are witnessing with astonishment a new social and political context in which certain sectors of the extreme right are not only denying the violence of gender but are in open struggle against what they call the ‘gender ideology’, proposing and practicing a denialist theory.

Fortunately, the continuous and exemplary struggle of women, who in this 21st century is reaching the dimensions of an authentic feminist social revolution, in complicity with many sectors of a modern society, is holding back this inquisitorial persecution against equality and freedom.

The struggle of women is ensuring that society as a whole becomes aware that patriarchy is an unquestionable reality that is transmitted through all sources of the system: cultural, political, educational, labour, legal, administrative, communication, personal, family …

The truth is that in the current capitalist and patriarchal society, designed by and for men, women have been assigned a subsidiary, marginal, invisible role; to be used and thrown away, as pure merchandise; in the shadow of the supremacist, protagonistic, leadership, privileged and hegemonic role that man exercises.

The current feminist and anarcho-feminist movement has been demonstrating and denouncing that capitalism functions, makes cash, exploits the population, and achieves benefits and capital gains, thanks to the symbiosis that it maintains with the patriarchate in order to enforce the sexist division of labor, the distribution of social roles differentiated by gender, in which the man, the male of the human species, plays the dominant role.

In patriarchal capitalism, it is the man, by the mere fact of being one, who dominates work in the public sphere, better paid, of greater responsibility, management and social prestige.

Women on the other hand are assigned a restricted role in the sphere of the private, of seclusion in the house so that she performs the domestic work, of care, of upbringing. This is always unpaid work, invisible work and, even if it is compatible with salaried work, it will be secondary work on the social scale

This invisible work is essential for the maintenance of visible productive work. In a word, it is this unpaid work borne by women, makes capitalism work. It can be independently confirmed that capitalism and patriarchy feed off their irresponsible complicity in the existence of the two forms of slavery that we are still pending release from: that of woman as an exploited worker and the marginalization and structural violence against women. These are reflected in murders, rapes, abuses, sexual exploitation, job insecurity, wage gaps, inequality of opportunity, sexism, and invisibility.

This situation must be inexorably reverted, for the sake of justice and dignity. This is the path we need to continue following in order to abolish both forms of slavery, to deconstruct the unnatural macho supremacy and to achieve a new fully equal society, as we were taught by the Free Women Movement (Mujeres Libres) in their integral humanist struggle.

Continue in the fight, because fighting back we change the world”.

World Women’s Strike is ON .. Wed.March 8th .. Day without a Woman

How To Destroy Domination : Anarcha-Feminism

Smash Patriarchy to free Women, curb Climate Change and save the Planet

Between the Feminist Wave and the Green Anti Capitalist Sea

Do we still need Feminism?..Of COURSE, it’s a Way of Life!

Masculinity is Fine and Dandy.. but under Patriarchy can be TOXIC and Hateful

SDF Women aim to Send ISIS back to Hell in Raqqa