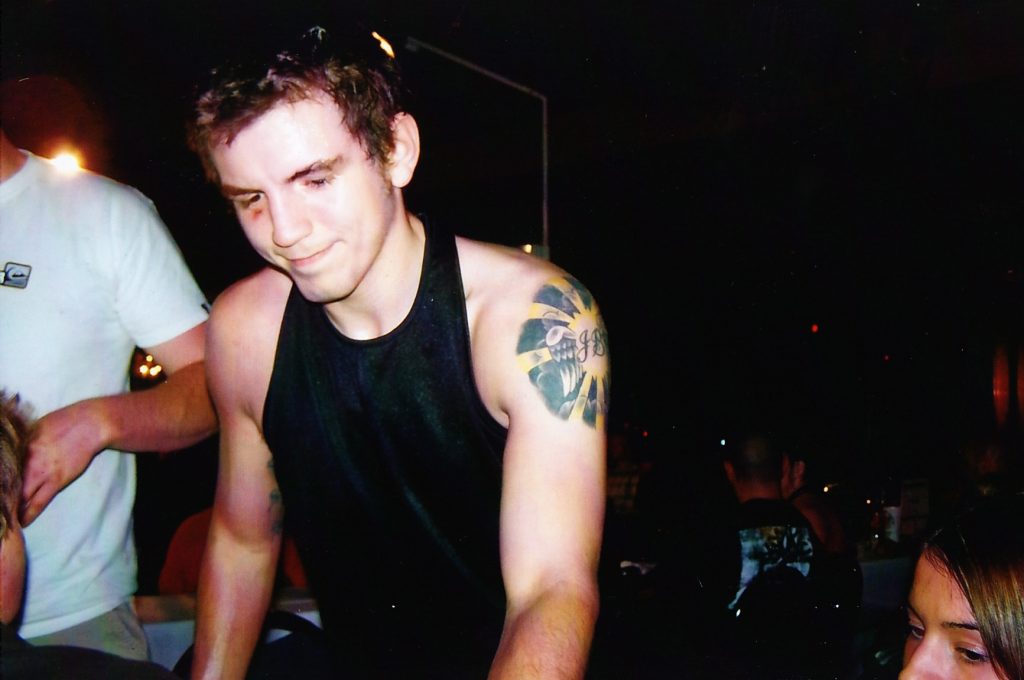 Support Eric King, vegan anarchist and anti-fascist prisoner who was sentenced to 10 years for an action in solidarity with the Ferguson uprising in Kansas city. Throwing two Molotov cocktails into an empty state representatives office at night see also … Eric King facing up to 20 more years in prison.

Eric King: What It Means To Me

I first heard your voice when I was 15

Had no idea what it was to be free

Sheriffs kicking in doors, leaving furniture in the streets

Learning you could starve if you didn’t have the means

All the saints taught me, listen to no worldly kings

When the police blinded me with war chemicals

laughter was my partner, I hadn’t broken my rules

Politicians love to recruit but I can’t be persuaded

My anarchy, grew with me, walmart & McDonalds Protests

Sometimes I was an an archo-fascist, forcing my freedom

with fists and knives, words and hated

the first dominant behavior I had to destroy

Was my own loud-always-right voice

To me Anarchy meant facing up to my own

All of my most productive battles weren’t vs cops

But against hidden learned behaviors

to acknowledge being harmful

The revolution always begins between our 2 ears

& the more I open myself to experiences not my own

The better I become

For me anarchy is in the heart & in the streets

I meant friendship, not chances to be judge

I’ve failed in this aspect many times

Anarchy was a way to live free

A way to find what that means

then instill it in my everyday life

Anarchy means standing up when it counts

Being there when able

My anarchism couldn’t have existed

In a vacuum removed from action

There was never a movement for me

other times the goddess was my partner

There was no attendance, roll-call

Just a desire to make the world better

Anarchy to me meant love, it meant calm

it was living how you want the world to be

Some took it in lots of opposing directions

that was ok also

No one owns an idea

although some swear to have the receipt

wasn’t a big fan of consumerism

If your prerogative was to limit, take from or own/control people

I’m afraid of the internet swallowing it whole

Of sectarianism splintering any progress being made

Of Trump wearing everyone out

then some being convinced in electoral leadership

But only if Berndog wins

communities need to grow & heal together

That’s what Anarchism is to me

Action based healing and growing

Write to Eric at: