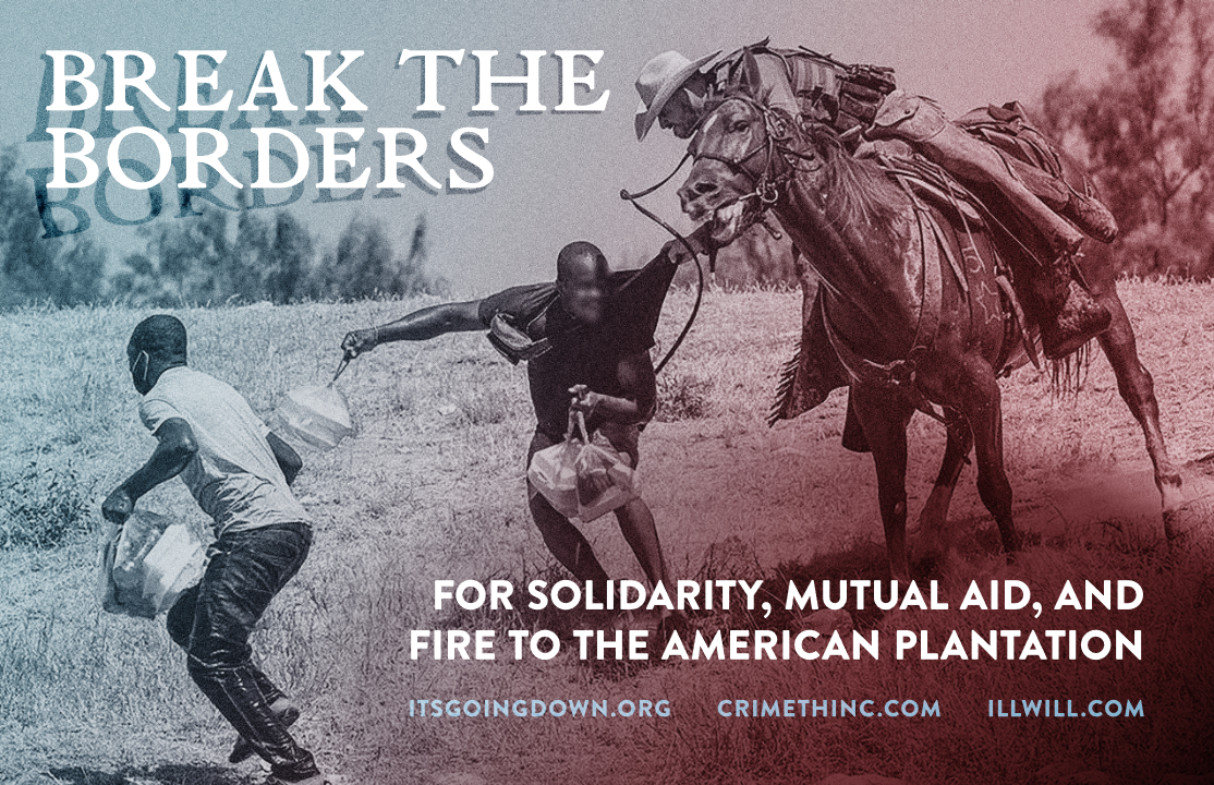 Recent footage of border patrol agents whipping and herding Haitian migrants fleeing natural disasters and economic collapse like cattle while screaming, “You use your women? This is why your country is shit, because you use your women for this,” have shocked millions.

They show that life in Biden’s America is simply a continuation of the same racist policies that characterized the Trump administration. Under Trump, these policies inspired millions to take to the streets, blockade airports, shut down ICE facilities, clash with the police, and combat the far-Right.

Will we turn a blind eye, now that these horrors are happening under orders from Biden?

Thousands of migrants are currently locked in a makeshift concentration camp under a US freeway in Del Rio, Texas, terrorized by brutal border guards and without access to basic necessities and sanitation.

The Biden administration, hoping to score votes with moderate Republicans and centrist Democrats, have promised to deport the vast majority of these asylum seekers, most of whom fled Haiti following a series of disasters in 2010.

Many are also traveling with their children; infants and minors who have never stepped foot in Haiti, which has been torn apart by natural disasters, crippling poverty, rampant government corruption, and escalating armed conflict.

Biden is pushing for these deportations under the Trump-era law Title 42, which itself was popularized by the white nationalist and nativist Trump advisor, Stephen Miller.

Title 42 argued that migrants pose a risk to the US during the pandemic and must be deported immediately, superseding existing laws that allow people to apply legally for asylum from political persecution and natural disasters.

In reality, the horrific conditions within the detention camp and mass deportations will do more to spread COVID-19 globally than simply giving migrants access to health-care and the vaccine.

But this is just the latest in a long series of injustices that the United States has inflicted on Haitians.

Over the past century, the US has occupied the island of Haiti, engaged in military intervention, backed a series of coups, and provided support to corrupt regimes in order to suppress popular movements in Haiti—all in order to preserve the island nation-itself born out of a slave revolt-as a reliable source for cheap, expendable labor.

Just as the United States has responded to widening wealth disparities by ramping up mass incarceration, militarization of the police, and the never-ending drug war, nation-states across the world are now responding to the growing migration crisis by militarizing their borders, introducing brutal security forces, and carrying out mass deportations.

Already, the US is eyeing opening a migrant detention facility at Guantanamo Bay.

Yet these measures will not diminish the number of refugees who are driven to seek a better life by crises originating from imperialist wars, climate change, and increasingly volatile economies.

As long as we put off implementing systemic solutions to the problems generated by militarism, capitalism, and ecological collapse, more and more people will be forced into the conditions that these Haitian migrants face today—and we may soon be among them.

This is why we must act in solidarity with migrants and against borders. Already Haitians have launched revolts: taking over deportation vans, and organizing hunger strikes in protest.

We can act in solidarity with this increasing resistance, bring attention to it, and find ways to offer material support and solidarity, as we join with those in the streets who are calling for freedom for all of those detained.

This Week In Fascism – A weekly roundup antifascist news, actions, analysis and updates.

Prison Break – Every month, the Certain Days collective presents Prison Break, a collection of updates and news about political prisoners and prison rebels.

BreakOut – Roundup of prisoner resistance to the COVID-19 pandemic across prisons, jails, and detention facilities.

Tranarchy – Standing at the intersection of trans identity and revolutionary Leftist politics; consists of radical news and analysis by journalist Evelyn Kronfeld.

Getting Organized – An ongoing column about community organizing and some do’s and don’ts of anarchist and autonomous activity.

The Grouch – The Grouch covers and investigates the far-Right and State repression.

Resistance Is Life – An irregular dispatch on the ongoing conditions of life in the heart of the Rojava Revolution.

Vandalisms – An irregular column of vandalism. We collect stories and photos of all sorts of interventions into the visual space—via paint, posters, stickers, and more—across so-called North America.

Making Monsters – Making Monsters explores the intersections of wealth and power by looking at various contemporary examples of the billionaire class. Written by journalist Luke Gardner.

Peak Civ – Peak Civ is written by Kevin Tucker, a long time anarchist, author, and publisher of many books, journals, and essays.

IGD WorldWide – Our goal is to extend the coverage of It’s Going Down with content from outside North America, including reports, analysis and interviews. We aim to not only build awareness of anarchist struggles worldwide but to usefully contextualize events for an international audience.