After 200 days of incomparable historical resistance, the hunger strikes in Kurdistan, Turkey and Europe have been declared over today 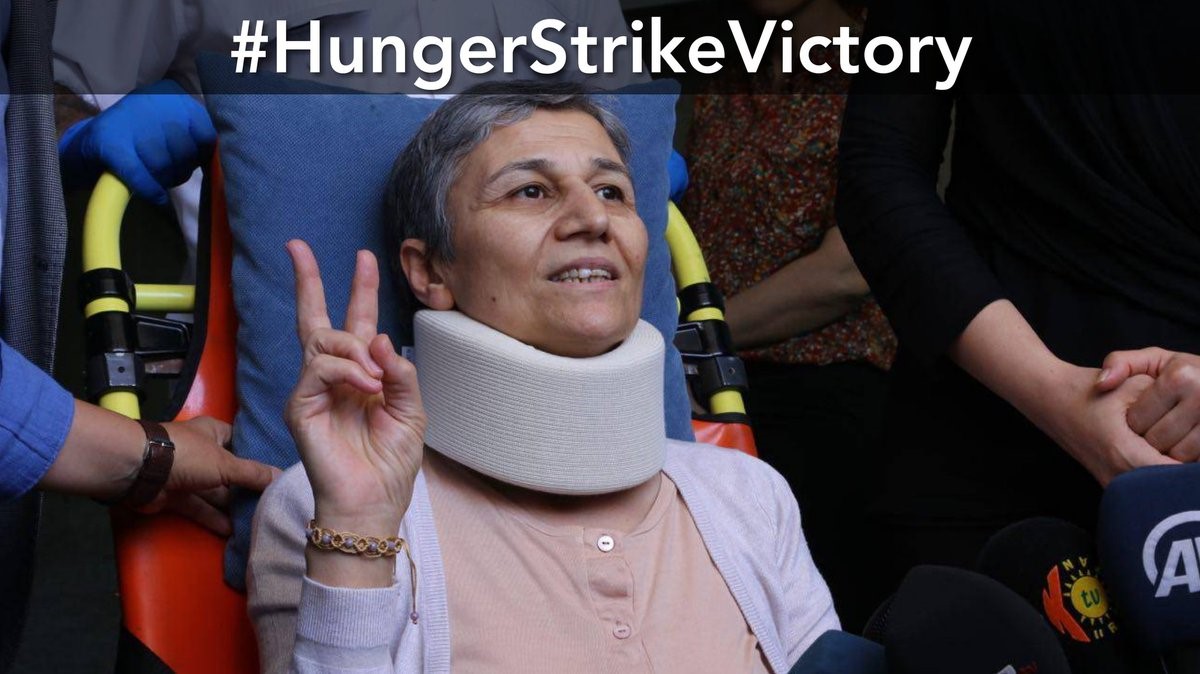 We send our warmest revolutionary greetings to all comrades who took part in the hunger strike and the many resistance actions and congratulate the free peoples on this victory.

Ocalan in the past has declared long ceasefires with the Turkish State rejecting terrorism and separatism  in favour of ‘municipal anarchist’ communal ideas and feminist emancipation which have swept through the over 15 million Kurdish population.

On November 8, 2018 the Kurdish politician Leyla Güven had started her hunger strike to lift the total isolation against Abdullah Öcalan, the representative of the Kurdish people and philosophical thought leader of the revolution in Northeast Syria. END_OF_DOCUMENT_TOKEN_TO_BE_REPLACED