We don’t want a Kurdistan for Kurds, but a democratic federation for everybody,” they say. From Qamishli to Kobane, from Membij to Raqqa, this story describes the difficult implementation of a new political experience in Syria, despite the obstacles of a the war and a suffocating embargo.

A written version of this report can be found in the September 2017 issue of Le Monde Diplomatique: “Une utopie au coeur du chaos Syrian” and “Experiment in self-rule in Rojava” in their English-language version (partly reproduced  here below). a film made by Chris Den Hond and Mireille Court Duration: 45 min. Filmed in July 2017

Experiment in self-rule in Rojava

Activist and prolific writer Janet Biehl has famously taken up the theory and practice of Municipal Anarchism, as theorized by her companion Murray Bookchin in his lifetime. Recently the ideas have been taken up by the Kurdish leader Ocalan and enthusiastically implemented in the Rojava Revolution and Nth Kurdistan. 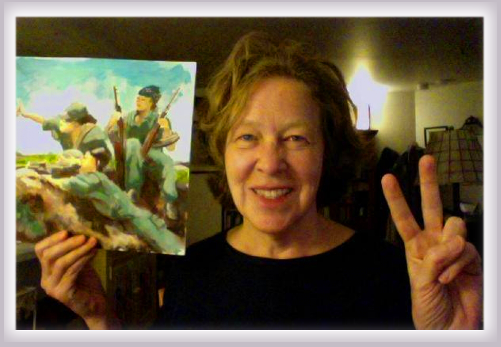 Radical Cities and Social Revolution:
An Interview with Janet Biehl

The abstractness and programmatic emptiness so characteristic of contemporary radical theory indicates a severe crisis in the left. It suggests a retreat from the belief that the ideal of a cooperative, egalitarian society can be made concrete and thus realized in actual social relationships. It is as though – in a period of change and demobilization – many radicals have ceded the right and the capacity to transform society to CEO’s and heads of state.

Janet Biehl’s new book, The Politics of Social Ecology: Libertarian Municipalism, is an affront to this. It challenges the politically resigned with a detailed, historically situated anti-statist and anti-capitalist politics for today.

I asked Biehl about her new work in the fall of 1997 by email. ~ Chuck Morse

Your book is essentially programmatic: you set libertarian municipalism in a historical context and offer concrete suggestions for practice. What political circumstances made it seem especially important to produce this book now?

As the political dimension of social ecology – the body of ideas developed by Murray Bookchin since the 1950s – libertarian municipalism is a libertarian politics of political and social revolution. It constitutes both a theory and a practice for building a revolutionary movement whose ultimate aim is to achieve an equal, just, and free society. My book is intended as a simple articulation of these ideas, which Bookchin himself has expounded elsewhere END_OF_DOCUMENT_TOKEN_TO_BE_REPLACED