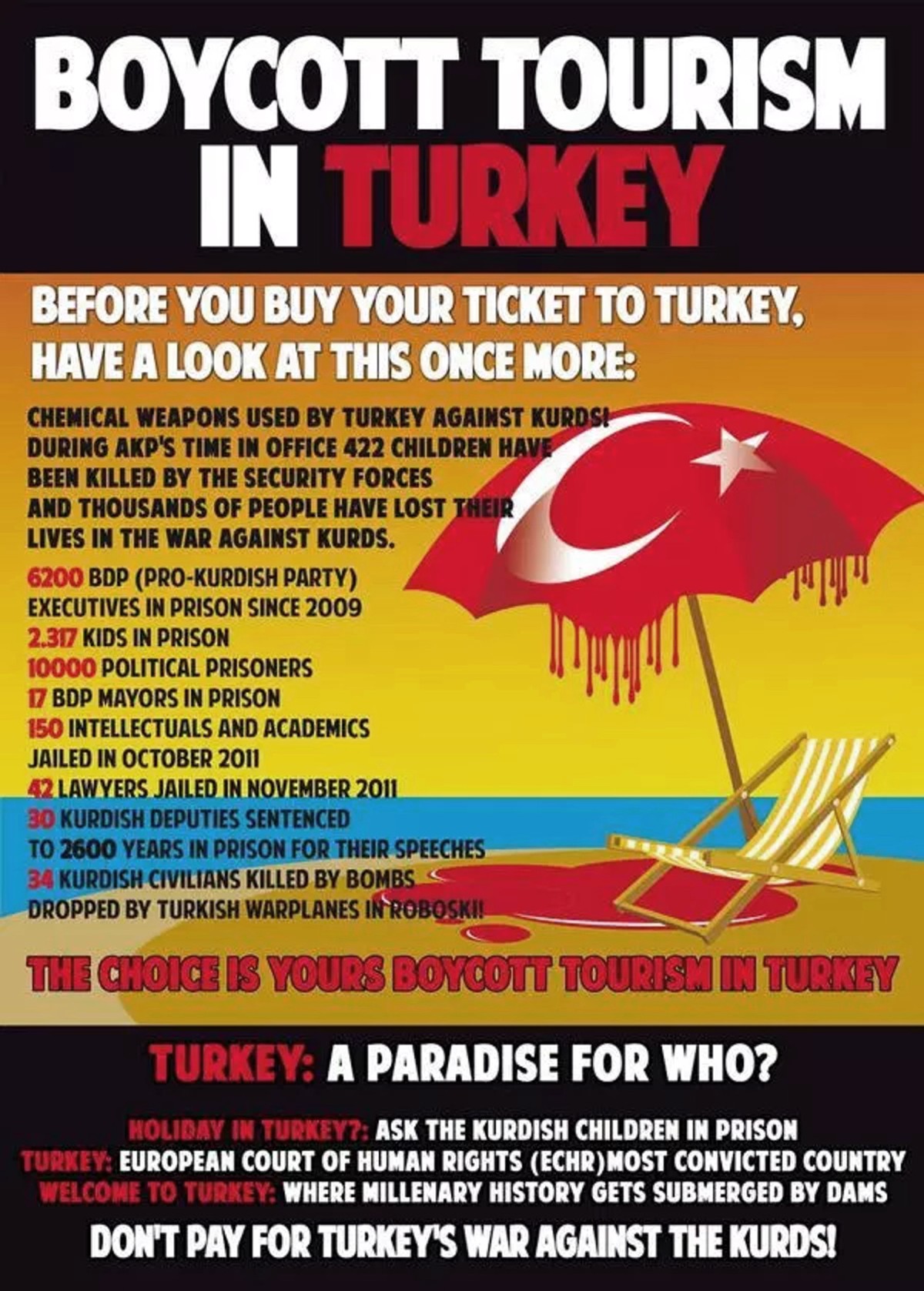 note.. this ‘TheFreeOnline’ blog is now banned in Turkey with Dozens more pro Rojava and anti Fascist sites. Wikimedia and many other sites are closed down.

Turkey’s Interior Minister Suleyman Soylu has said during a pre-election speech on Monday that tourists in Turkey resorts towns like Antalya, Mugla and Bodrum would be detained at airports if they are suspected of “terror” ties. (which can mean almost anything or nothing as massive purges continue.

Speaking to a Sakarya crowd, Soylu said it is not acceptable for Turkey to allow those who take part in “betrayal against Turkey” abroad spend their holidays in Turkey.

At least 217,971 people have been taken into police custody on ”terror” accusations in Turkey).

Turkey is known to every day abuse broadened terrorism laws to jail ”opposition” of all backgrounds in the recent years.

Thousands of people, including mothers with babies, are now jailed and fired from their jobs,  just for being overheard criticizing the president, or retweeting on atrocities against Kurdish or Gulenist victims, or being an activist, or objecting to anti women and gay  repression, or genocidal Turkish invasions in Syria, or just having a friend or partner they suspect.  Hundreds of dissenters have even been kidnapped abroad and returned to Turkish jails.…

How Safe ARE Tourist In Turkey? – The Globe Post

https://www.theglobepost  – 5 Austrians, all believed to be critics of President Erdogan, were deported from Turkey after brief detentions. Ece Heper, a Canadian citizen, was held in prison over allegations of insulting President Erdogan END_OF_DOCUMENT_TOKEN_TO_BE_REPLACED