source: Zero Hedge          Lawyers involved in a California lawsuit against Monsantoclaim to have “explosive” documents concerning the Bayer-owned agrochemical giant’s activities in Europe, according to Euronews.

“What we have is the tip of the iceberg. And in fact we have documents now in our possession, several hundreds documents, that have not been declassified and some of those are explosive,” said US lawyer Robert Kennedy Jr, adding

“And many of them are pertinent to what Monsanto did here in Europe. And that’s just the beginning.” END_OF_DOCUMENT_TOKEN_TO_BE_REPLACED

Just under two weeks since the emergency at the Hanford nuclear facility in Washington state (following a tunnel collapse), NBC’s local affiliate King5 reports Hanford’s owner, The U.S. Department of Energy, is scrambling to deal with a second emergency – signs have emerged that a massive underground double shell nuclear waste holding tank may be leaking.

The tank is known as AZ 101 and was put into service in 1976. The tank’s life was expected to be 20 years. Now it has been holding hot, boiling radioactive and chemically contaminated waste for 41 years. 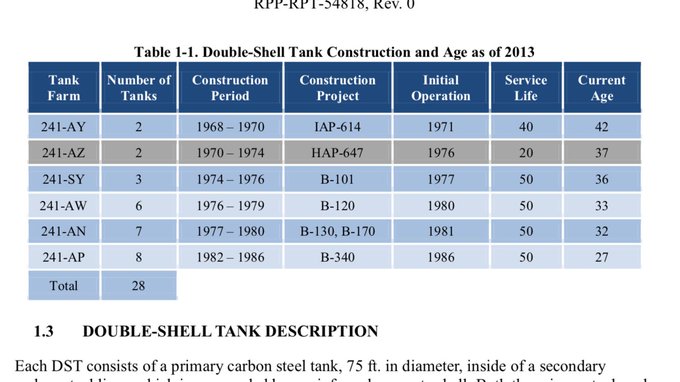 Just days after EU States voted 3 times not to extend Monsanto’s ‘Cancer Herbicide’ license the European Commission went ahead anyway and gave them 18 months more (and that’s for starters). And that despite an unprecedented and  gigantic citizens mobilization.

Glyphosate poisoning from crop spraying has led to an epidemic of toxicity diseases, cancers and deformities in Argentina

And this was the 1st big EU decision since Brexit, which was itself partly a protest against the undemocratic EU commission.

So why the hell did they do this?   Because they have suffered a takeover by corporate capitalism, lots of lobbies and big money sloshing around and entering their untraceable offshore accounts?.. Perhaps also by authorizing continued mass poisoning the EU Bureaucrats assert their power, even over the heads of the member states who voted 3 times against it?..

… of course, because  Monsanto is a top US moneyspinner, because the EU is under direct economic and political threats from their US masters who have ruled Europe by these methods since the 2nd World War. (Another current example could be the crippling trade war with Russia which the EU implements although hardly anyone in Europe believes in it, forced by the US to do this because it supports their military expansionism).

The Companies would have had 6 months to withdraw sales of Roundup, now they have 18 months.. and with no detail of a plan to wind down…no withdrawal timetables, no push to seek alternatives or reorganise.. no no.. THIS IS A STRAIGHT DECISION TO LET MONSANTO CONTINUE.. after the 18 months suitable excuses will be found to continue indefinitely, with some more falsified reports and studies,  if the public haven’t already shut up by then and realised ( as in Greece and Spain) that mass democratic protest is now useless.  I mean, what’s the point? if even 3 votes against by the Heads of States are ignored!!

The above arguments can equally be applied to the ongoing US touted TTIP ‘free trade’ corporate takeover of Europe.

The way to stop Roundup, and to stop TTIP may be by boycotts and ‘Direct Action’, when all else fails, with the current French popular uprising well capable of leading the way. see here

END_OF_DOCUMENT_TOKEN_TO_BE_REPLACED

Argentina has recently become a giant experiment in farming genetically modified (GM) Roundup Ready (RR) soy, soy that has been genetically modified to be tolerant to Roundup, Monsanto’s formulation of the herbicide glyphosate. The Argentine government has been so eager to pull the country out of a deep economic recession that occurred in the 1990’s, that it restructured its economy around GM soy grown for export, most of which goes to Europe to feed livestock. END_OF_DOCUMENT_TOKEN_TO_BE_REPLACED

(CBS News) Can drinking soda cause cancer? A report  from the U.S. consumer watchdog The Center for Science in the Public Interest (CSPI) said popular sodas contain high levels of a chemical that’s used to give cola its caramel coloring – and  that chemical could raise a soda-drinkers’ cancer risk.

The consumer watchdog found Coca-Cola, Pepsi-Cola, Dr. Pepper Snapple Group Inc’s Dr. Pepper and Whole Foods’ 365 Cola contained unsafe levels of the coloring Ingredient, 4-methylimidazole or 4-MI. The group estimates the amount of 4-MI in the Coke and Pepsi products tested is causing about 15,000 cancers among the U.S. population, and many times more worldwide. This in addition to heart disease, epilepsy and chronic bone loss caused by aspartame and other ingredients. END_OF_DOCUMENT_TOKEN_TO_BE_REPLACED