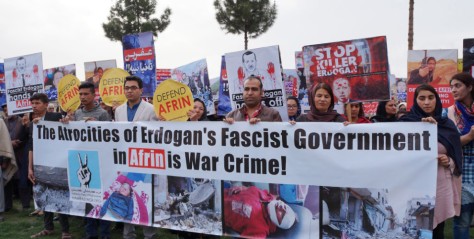 Kino Gabriel, Christian spokesman of the SDF: The priority, now, is Efrîn ..   August 13, 2018  from kurdiscat.
The Syrian Democratic Forces spokesman (SDF) has denied that military units of his militia are moving to Idlib to collaborate with the Arab Syrian Army (SAA). “The liberation of Efrîn remains our priority. We are making plans and preparations for its release. ” Gabriel is part of the Syrian Military Council (MFS), Syrian Christian militia integrated into the SDF. END_OF_DOCUMENT_TOKEN_TO_BE_REPLACED

For more than 6 weeks we have had to watch the Turkish state attack and occupy, together with Islamist groups like ISIS and Al-Qaida, Afrin, the most western canton of Rojava. In this extermination campaign, the invaders are neither deterred by the deliberate bombardment of civilians nor by the use of chemical weapons.

The Islamist mercenaries and fascist Turkish soldiers leave a trail of devastation, plunder, rape and murder, they practice an ethnic cleansing of the territory of Kurds. So far, more than 300 civilians and many militants have given their lives, dozens of villages have been destroyed and hundreds of thousands of people have had to leave their homes.

Despite the determined resistance of Afrin’s people and their YPG / YPJ / SDF defense units, the Turkish army manages to gain more ground every day. While the Turkish offensive was stuck in the border area of the canton for the first month, in recent days important small towns such as Raco and Shera have been conquered by the invaders. Their destination is Afrin City, the place where civilians have fled the villages and small towns they have conquered so far. 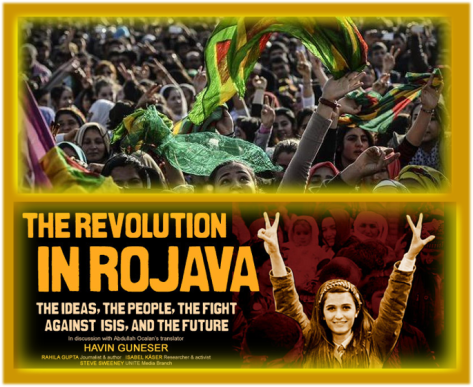 This is made possible by the massive use of modern NATO technology such as fighter jets, artillery, tanks and drones. The fascist-Islamist war of aggression against Afrin is not only Erdogan’s attempt to destroy the Kurdish freedom movement;

While Russia opens the door to the Turkish Air Force and the Syrian Assad regime is de facto inactive, NATO actively supports this war with intelligence information, military technology, weapons and ammunition from Western factories.

The hypocritical messages from the palaces of power can not hide the fact that this war is nothing but the reckoning of the rulers with the revolution of Rojava. It is a reckoning with the attempt to counter the capitalist system with a self-determined alternative of radical democracy, women’s liberation, real gender equality, and social ecology.

Athens, Greece: Incendiary Attack Against Turkish State-Owned Company Istikbal in Solidarity with the Defenders of AFRIN

As radical left in Europe, we should be aware of the historical significance of these days. The attack on Afrin is an attempt to destroy the most promising revolutionary project of our generation. The Rojava Revolution is not only the only significant emancipatory perspective in the Middle East, but also one of the worldwide last remaining glimmers of hope for another world.

END_OF_DOCUMENT_TOKEN_TO_BE_REPLACED

Crimes Against Humanity in #Afrin

The Western media are suppressing news of their Turkish ally committing  ethnic and religious genocide against the peaceful people of Afrin. Even the BBC declared (19 Feb) that it had no details of deaths and injuries despite meticulous documentation by the SDF..see here:   Turkish genocide in Afrin: Diary of Turkish Invasion..Detailed SDF Report (8 to 15 February.’18 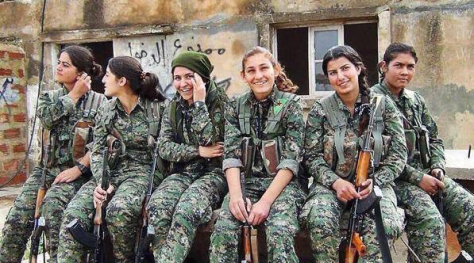 ”For over a month Nato equipped Turkey has been invading and continuously bombing and shelling the small rural canton of Afrin (Efrin) in NW Syria. Afrin is part of Rojava where a unique secular, feminist and non-sectarian revolution is going on based on direct democracy and ecological renewal.Turkey must be stopped, we cannot let a fascist dictator continue boosting his power by fanning insane nationalist and genocidal militarism, much less that he continue to be subsidised by the EU and NATO”. 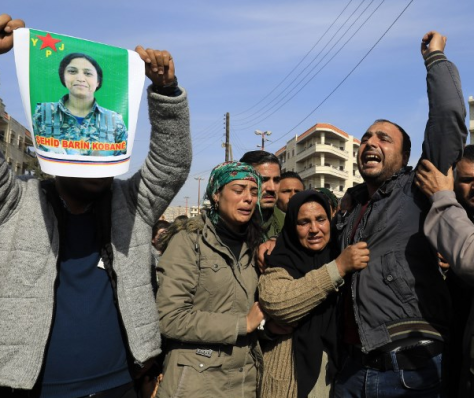 .On February 17  Enough is Enough received this powerpoint presentation about the situation in Afrin. Feel free to download, spread or to use it on your info event. Warning: some of the images are graphic and may be disturbing for some of our readers.

You can download this article as a Power Point file here.  Submitted to Enough is Enough.

END_OF_DOCUMENT_TOKEN_TO_BE_REPLACED

With the defeat of the IS in Syria and especially after the liberation of Raqqa in October 2017, the Turkish state intensified its threats and attacks against the Democratic Federation of the North of Syria In this context began the Turkish invasion and war against Afrin on January 20, 2018 violating international law and the sovereignty of its neighboring country.

The Turkish army has launched this war in cooperation with jihadist groups from the ranks of the FSA. Many of them are ex members of Al-Qaeda or EI.

Since the beginning of the war, those who have suffered the most are Afrin’s civilian population: Kurds, Arabs, Turkmen, Armenians, Ezidis, Alawites, Christians and Muslims. According to hospital staff in Avrin, more than 160 civilians have been killed between January 20, 2018 and February 12, 2018 due to  attacks by the Turkish army and  its associated Jihadist groups of the FSA against the people of Afrin,

Also  480 were injured, including children, women and the elderly.

[2. 3. 4]  From 5 to 7 February, the Turkish air forces did not carry out air strikes, although it intensified shelling by artillery. Many schools, centers of democratic self-management such as the Education, Trade and Agriculture Councils, as well as the Heyva Health Center Sister, mosques, cemeteries and hundreds of civil houses have become targets of artillery. END_OF_DOCUMENT_TOKEN_TO_BE_REPLACED

”Updated balance of SDFs of Turkish terrorist attacks with 405 deaths up to Saturday, January 27, 2018.” The SDF detail 308 ‘Turkish and mercenary’ and 97 local deaths so far  ” But Erdogan’s invading forces proudly claim to have murdered nearly 500 local people.

from  Forces Democràtiques Sirianes     ”The Central Command of the Syrian Democratic Forces (SDR) has issued a STATEMENT on the ongoing confrontations with the Turkish army. In the same he reports that in the last seven days 308 Turkish soldiers and mercenaries, including four officers and a leader of the Turkish bands, died. 54 civilians died and 134 were injured by terrorist attacks by the Turkish army. Finally, 43 SDF combatants lost their lives during the fighting.

For the last several years, anarchists, anti-capitalists, and many people on the Left have been supporting the ongoing struggle and evolving movement in Rojava, as an autonomous region in Kurdistan began to take shape, making up parts of Turkey, Syria, and Iraq.

There, both a sea change has taken place in the form of growing support for “Democratic Confederalism,” which embraces many aspect of anarchism, ecology, and feminism, as well as in the fierce resistance by the YPG and the YPJ against ISIS. In the battle against the Islamic State, many anarchists and anti-capitalists have also joined in the struggle and given their lives.

However, after the fall of ISIS in Raqqa, the Turkish state quickly moved to attack the Kurdish forces, and began a campaign of bombing and attacking various cities starting with Afrin.

Does this mean the death of the Rojava Revolution, and with it, a hope of an anti-capitalist and anti-Statist way of life? Will our comrades in the YPG and YPJ, as well as our anarchist sisters and brothers be slaughtered?

How can we act in solidarity with those on the ground? These are hard questions of which we do not have answers, but already people .. are rallying in support of the Kurdish struggle for autonomy and freedom. 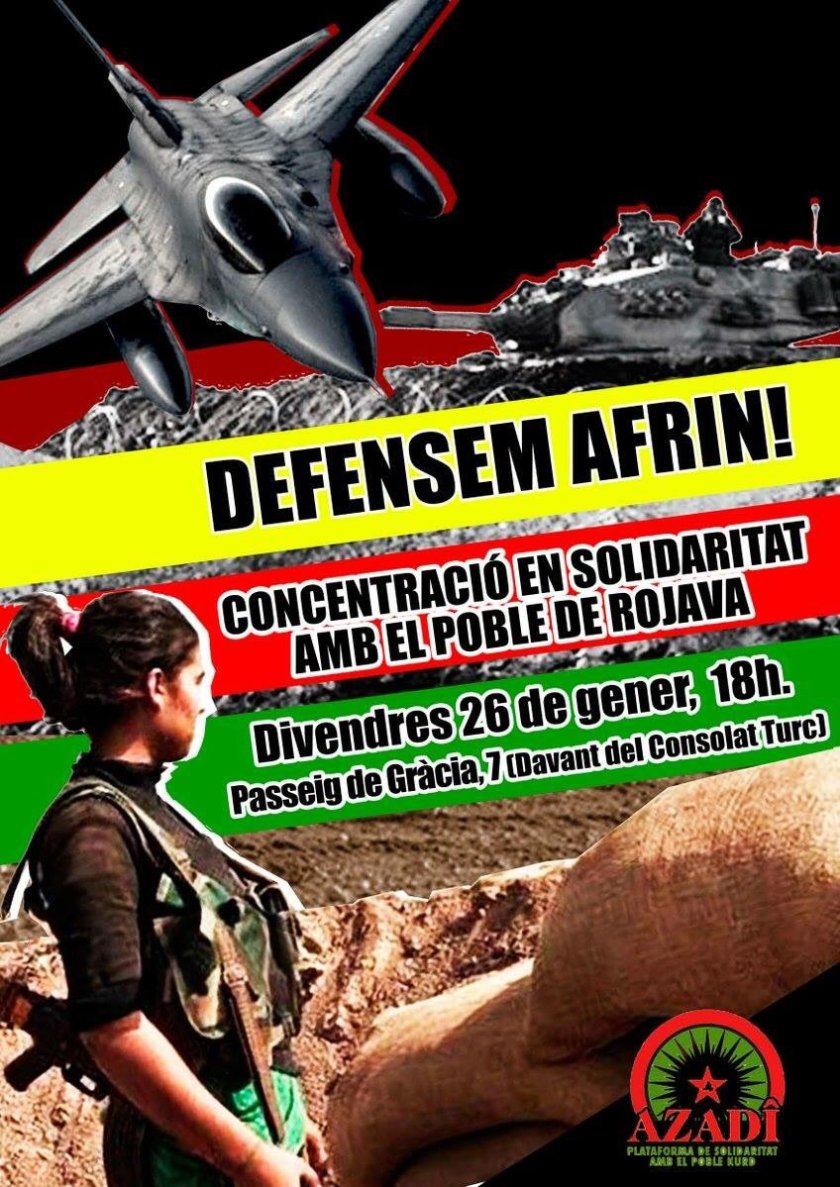 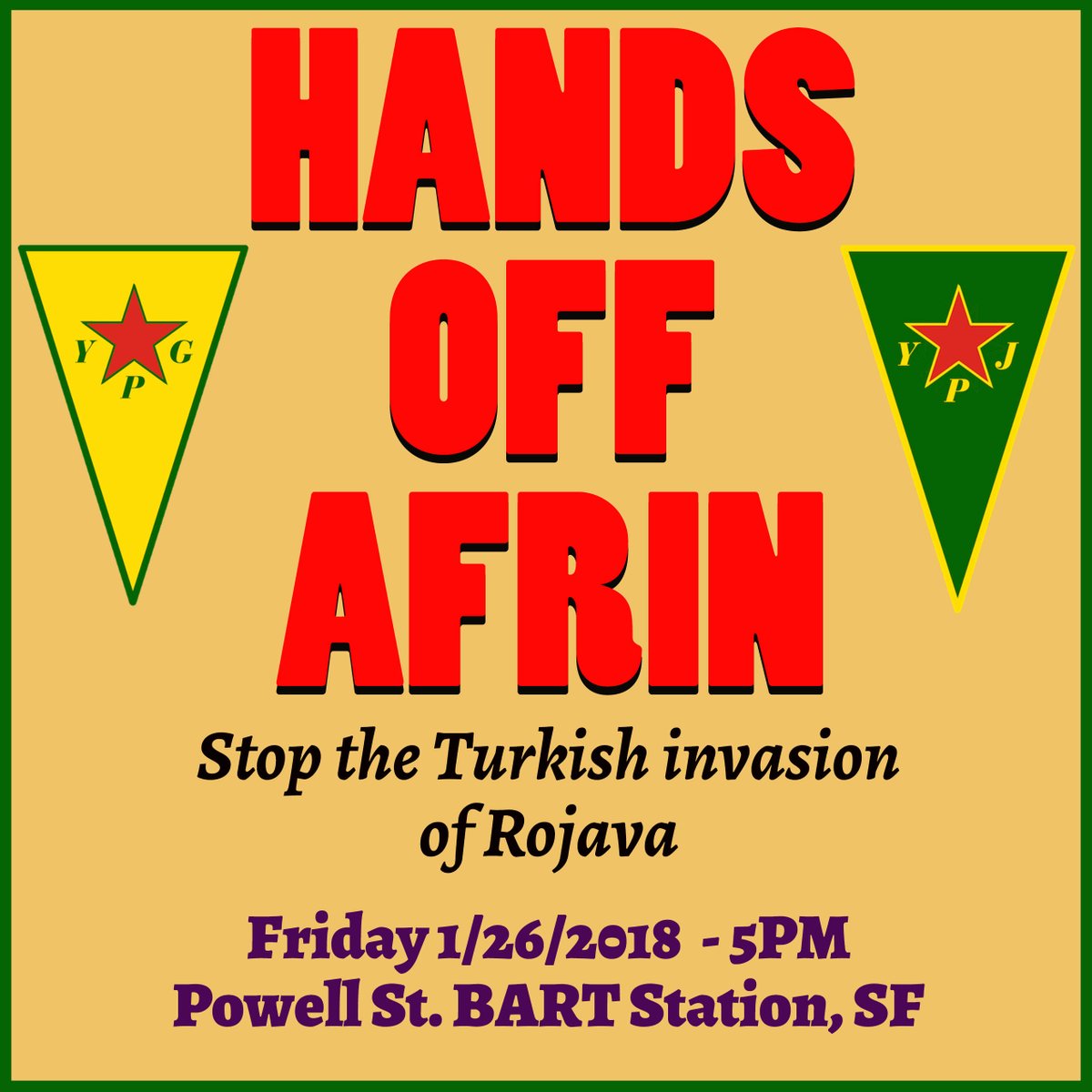 END_OF_DOCUMENT_TOKEN_TO_BE_REPLACED

International academics: “An attack against the peaceful citizens of Efrîn is a flagrant act of aggression against a region and a peaceful and democratically governed population”
Saturday, January 20, 2018

We, the undersigned academics and human rights activists, demand that the leaders of Russia, Iran and the United States ensure that Turkey does not break the sovereignty of the Syrian borders and that the people of Efrîn in Syria can live in peace.

In Efrîn, the mostly Kurdish population, is one of the most stable and secure regions in Syria. With very little international help, Efrîn has hosted so many Syrian refugees in the last five years that its population has doubled to 400,000. Efrîn is now surrounded by enemies: jihadist groups backed by Turkey, al-Qaeda and Turkey itself. 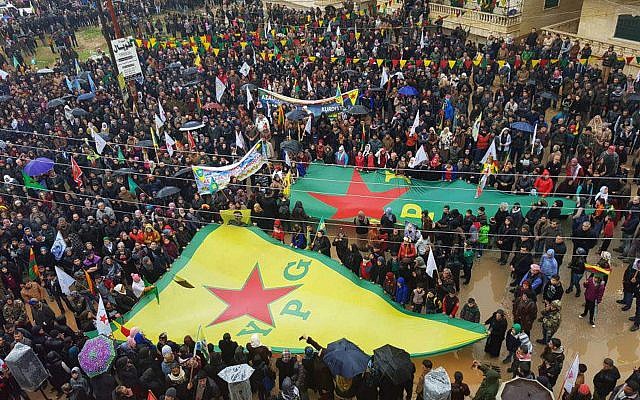 Turkish President Recep Tayyip Erdogan has threatened to attack the  YPG Kurds or the Popular Protection Units, with which the United States has allied themselves against IS.

Turkey accuses YPG of being “terrorists” despite the long history of YPG of creating democratic local government councils in each of the peoples that have freed from IS and its repeated statements that are not interested in Turkey and that they want to function only as the defense of the Syrian Kurds and other ethnic groups living in the Democratic Federation of Northern Syria (DFNS), also known as “Rojava”, which includes Efrîn.