Skip to content
The  referendum in Turkey is to give the president Erdogan nearly total dictatorial powers. But can a Fascist Dictator really  be Elected?

Is this fascism.. in my definition YES. The referendum in this climate is a black joke, with every kind of pressure imaginable against No campaigners, with zero international observers coming, and with the most recent elections in Nov 2015 described as ‘stinking of mass fraud’. END_OF_DOCUMENT_TOKEN_TO_BE_REPLACED

There are already 800  more pro-Kurdish, feminist and left-wing civilians detained in Turkey in just 48 hours.

Meanwhile theTurkish state is receiving billions from European taxpayers in blackmail money to not to send refugees North.

And both the USA and Russia are wooing the dictator Erdogan as a strategic partner and customer in their insane capitalist expansion,  To the extent that both give permission to invade Syria and to bomb and shell SDF and YPG/YPJ areas practising non ethnic, non religious and anti sexist direct democracy.. to replace them with factions of whatever crazed jihadi drug addicts they can find, as long as they are  pro-Turkey.

According to Reuters the Turkish police have detained more than 800 people for alleged links with Kurdish militants in the last two days. A measure of repression that the parliamentary party Halkların Demokratik Partisi (HDP, People’s Democratic Party) said was intended to leave them out of the referendum. END_OF_DOCUMENT_TOKEN_TO_BE_REPLACED

“The Turkish Army and allied jihadist groups launched a renewed offensive in the Kurdish areas of Rojava, targeting YPG headquarters with heavy weapons and airstrikes,” the Protection Unit’s leadership said in a statement.

Turkey has a modern, largely US equipped, Nato army of 300,000 soldiers, though mostly conscripts, and over 5000 tanks.

The Turkish military shelled YPG security offices in the villages of Yabsa, Kerbnav and Seloula with heavy artillery. The artillery bombardment in eastern Kobane, coincided with Turkish air raids on the YPG-held village of Khane. END_OF_DOCUMENT_TOKEN_TO_BE_REPLACED

The few hours that the assault lasted are serving the Turkish president very well. Without any trial, without evidence, without elements of judgment, without international observers, Erdogan continues with his purge … without limits.

A state Emergency Decree, has served, to detain 195,000 opponents, dissidents or simply unconnected people. The figures have been compiled by the Istanbul Human Rights Association (İHD) which has presented them in front of Bakırköy women’s prison.

The report stressed that women prisoners are ‘being  killed by solitary confinement’, it demanded the release of the women prisoners with illnesses and denounced the defenceless situation of  the children who are incarcerated with their mothers.

In total there are 510 children prisoners under 6 years old.

The association has estimated that there are 5,971 minors in Erdogan’s  prisons and 79  LGBT prisoners.

The main problems faced by prisoners of Erdogan are poor nutrition and unhealthy food that cause stomach upsets and poor hygiene in cells of 6-7 people.

However, the worst situation is for political prisoners: they are subjected to torture in jail and forced nudity.

The last and biggest ISIS base north of Raqqa in Tal as-Salam has been totally taken over, completing the 1st phase of the campaign in record time. Now SDF plan to encircle the ISIS capital and are convening a new multi ethnic,  multi religion Raqqa Council to run it, ( as worked so well in Manbij which also is not a Kurdish city) if it can be conquered..

Meanwhile in ISIS held Al Bab area to the west the dramatic situation is changing hourly as The SDF breaks through from east and west and Turkey attacks from the north to block them seizing Al Bab city.

END_OF_DOCUMENT_TOKEN_TO_BE_REPLACED

macho dictator abolishes and seals the only feminist news agency

Jinha News Agency continues on Twitter, although the Internet is also closed down for millions of  Kurds in 11  cities.

JINHA News Offices have been closed down and sealed this morning by the police of the conservative Islamist regime of R. T. Erdogan. The news agency offered written and audiovisual content about women in general and globally.
Its closure is a victory for machismo that wants women invisible, his voice and his worldview. The last few remaining Kurdish media including Women only news agency JINHA & DIHA, Azadiya Welat were closed with new statutory decrees in Turkey.

Erdogan succeeded in his coup of July 15, and now closes the media.

Not only that, yesterday 1,267 more Turkish academic teaching staff were sacked. And, as always, a huge silence, bitter and infinite, from world public opinion, and especially its institutions. This is  impunity.

‘Blocking internet in #Kurdistan is violation of #humanrights’ http://jinhaber.link/en/ALL-NEWS/content/view/67487 … 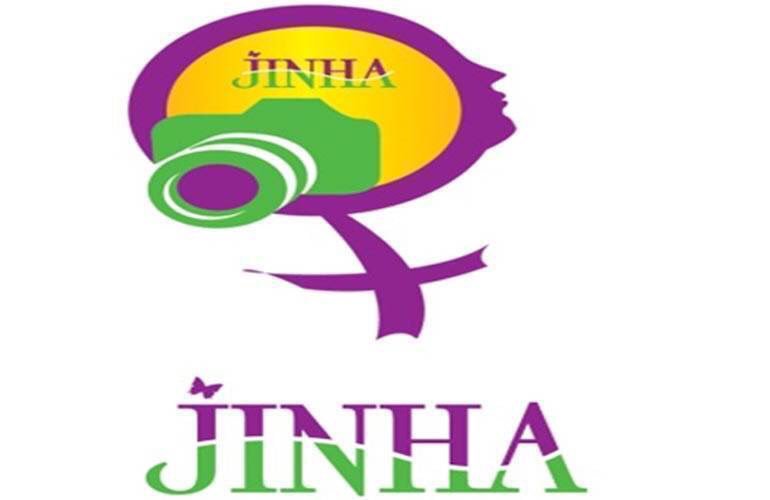 ‘We won’t give up our stance against misogynists’ http://jinhaber.link/en/ALL-NEWS/content/view/67527 …

Efrîn and Shehba women: ‘They have tanks; we have the will of resistance’ http://jinhaber.link/en/ALL-NEWS/content/view/66695 …

Like Loading...
Imagine the scandal if the USA were to fire 11,285 black teachers on suspicion of supporting ‘Black Lives Matter’. Would that be news?

The all powerful Turkish leader Erdogan just dismissed 11,285 Kurdish teachers for maybe not supporting a military crackdown, mass state murders and prohibition of their own language. But you won’t read this in the NY Times, or see it on the BBC or CNN.

Imagine the British Tories sacking 11,285 muslim teachers on suspicion of supporting Islam. Would that be news?

Yesterday some of the fired Kurdish teachers from the KESK union came out to protest in Diyarbakir (Amed in Turkish), but were attacked, arrested or beaten by police. ( see photos). But you won’t read about that anywhere but in tiny blogs like this or the banned Kurdish media.

Imagine if the Russians or Chinese or Mexicans were to fire 11,285 indigenous teachers for ‘membership of a subversive Trade Union’. Would that be news?

The transparent pretext for sacking some of the Kurdish teachers was that many belonged to a left wing teachers union, the KESK. But you won’t see any western trade unions or teachers coming out in sympathy with their Kurdish colleagues.

Imagine if the state were to impose an indefinite curfew on 13 suburbs of Amsterdam or Dublin starting at 5am. Would that be news?
END_OF_DOCUMENT_TOKEN_TO_BE_REPLACED

Late news, The Kurds and allies, the SDF/YPG have retreated south of the river Sajur to make a defensive line against Turkey attacking the liberated from ISIS city of Manbij. Manbij, like all towns in the Rojava revolution, is run democratically and with sex equality by a Council composed proportionally of all the local forces (not by the SDF/YPG).

This is what Turkish tanks and jets are aiming to destroy and replace with the medieval mockery of Islam of their ISIS and allied militias. The SDF/YPG have no tanks or air force and have been betrayed by their US allies so can not now continue the offensive against ISIS in Al Bab or towards Raqqa..

As predicted   here the Turkish anti ISIS invasion of Syria is an excuse to continue their genocidal murder torture, repression and enslavement of Kurds and all things Kurdish.

Back in Turkey the police have closed down the only Kurdish Language Newspaper (for about 18 million Kurds) The paper was already compelled to adopt a strict pro-government line, the assault on the headquarters ‘Azadiya Welat’ by agents of Erdogan has clearly political intentions.

The entire staff of 27 people were arrested and their fate is unknown.

It was the only newspaper in the Kurdish language in the whole of Turkey and follows a long line of repression against the Kurdish minority .

We recall that one month and three days ago the Turkish conservative Islamist government also arrested Zeynel Abidin Bulut, editor of the same publication.

Erdogan is at present negotiating visa free entry in the EU and threatening repeatedly to ‘unleash millions of refugees’ on Europe unless his visa and other demands are met.

Following the military coup of 1980, the Kurdish language was officially prohibited in public and private life.[Wikipedia11] Many people who spoke, published, or sang in Kurdish were arrested and imprisoned… END_OF_DOCUMENT_TOKEN_TO_BE_REPLACED

Activist and prolific writer Janet Biehl has famously taken up the theory and practice of Municipal Anarchism, as theorized by her companion Murray Bookchin in his lifetime. Recently the ideas have been taken up by the Kurdish leader Ocalan and enthusiastically implemented in the Rojava Revolution and Nth Kurdistan.

Radical Cities and Social Revolution:
An Interview with Janet Biehl

The abstractness and programmatic emptiness so characteristic of contemporary radical theory indicates a severe crisis in the left. It suggests a retreat from the belief that the ideal of a cooperative, egalitarian society can be made concrete and thus realized in actual social relationships. It is as though – in a period of change and demobilization – many radicals have ceded the right and the capacity to transform society to CEO’s and heads of state.

Janet Biehl’s new book, The Politics of Social Ecology: Libertarian Municipalism, is an affront to this. It challenges the politically resigned with a detailed, historically situated anti-statist and anti-capitalist politics for today.

I asked Biehl about her new work in the fall of 1997 by email. ~ Chuck Morse

Your book is essentially programmatic: you set libertarian municipalism in a historical context and offer concrete suggestions for practice. What political circumstances made it seem especially important to produce this book now?

As the political dimension of social ecology – the body of ideas developed by Murray Bookchin since the 1950s – libertarian municipalism is a libertarian politics of political and social revolution. It constitutes both a theory and a practice for building a revolutionary movement whose ultimate aim is to achieve an equal, just, and free society. My book is intended as a simple articulation of these ideas, which Bookchin himself has expounded elsewhere END_OF_DOCUMENT_TOKEN_TO_BE_REPLACED