END_OF_DOCUMENT_TOKEN_TO_BE_REPLACED

66 comments By Nicole Belle  In New York on Saturday, a public memorial was held for Aaron Swartz, who committed suicide last week. Among the remembrances of Aaron’s genius, his commitment to progressive causes, his idealistic beliefs of making this a better world, there was also an action plan laid out by his partner, Taren Stinebrickner-Kauffman:

“Aaron was targeted by the FBI,” said ThoughtWorks chairman Roy Singham, Swartz’s employer before his death. “After PACER, they targeted him. He was strip-searched. Let’s not pretend this wasn’t political,” he argued before being interrupted by applause.

Hold the Massachusetts US Attorney’s office accountable for its actions in prosecuting Aaron;
Press MIT to ensure that it would “never be complicit in an event like this again”;
“All academic research for all time should be made free and open and available to anybody in the world”;
Pass and strengthen “Aaron’s Law,” an amendment to the Computer Fraud and Abuse Act that would narrow prosecutorial discretion for computer crimes;
Advocate for fundamental reform of the criminal justice system.

“His last two years were not easy. His death END_OF_DOCUMENT_TOKEN_TO_BE_REPLACED 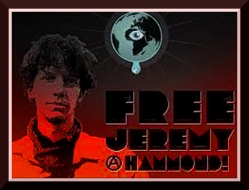 Tues, Jan 08 2013 by: Infoshop    Anarchist hacker Jeremy Hammond is turning 28! A genuinely conscious web developer, Jeremy Hammond is accused of using his computer savvy to attack conservative groups and State operators. He is being charged with providing Wikileaks the documents for their latest Stratfor release. Please send him a birthday card this month! Unfortunately, We found out it was his birthday too late to include it in our January Birthday Poster. So please include him in your card writing nights.

s To Jeremy From Prison Books

United Nations Secretary-General Ban Ki-moon welcomes a record vote by a General Assembly committee in favour of the call for a moratorium on the use of the death penalty, according to his spokesperson.

A couple of weeks ago, columnist Caitlin Moran interviewed Lena Dunham, creator of HBO series Girls, set in multicultural New York. The ensuing row over Moran’s failure to challenge the show’s lack of racial diversity has been raging both on Twitter and the blogosphere. The continuing reactions and counter-reactions to Moran’s tweet about the showhave exposed a long-standing rift within the feminist movement running along race lines. END_OF_DOCUMENT_TOKEN_TO_BE_REPLACED 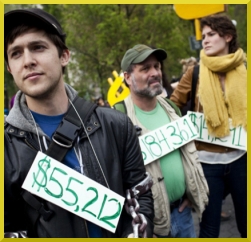 Revolution? Nothing to lose but our debts!

The idea of the “99 percent” managed to do something that no one has done in the United States since the Great Depression: revive the concept of social class as a political issue. What made this possible was a subtle change in the very nature of class power in this country, which, I have come to realize, has everything to do with debt. David Graeber

As a member of the team that came up with the slogan “We Are the 99 Percent,” I can attest that we weren’t thinking of inequality or even simply class but specifically of class power. It’s now clear that the 1 percent are the creditors: those who are able to turn their wealth into political influence and their political influence back into wealth again. The overriding imperative of government policy is to do whatever it takes, using all available tools—fiscal, monetary, political, even military—to keep stock prices from falling. END_OF_DOCUMENT_TOKEN_TO_BE_REPLACED