EN ESPAÑOL AQUÍ         via  Rojava Azadî            The Global Day of Action against the Turkish occupation of Kurdistan will take place on May 26 worldwide.
We call on all feminist organizations to join this campaign.

Next, we publish the manifesto issued by the Organization of Kurdish Women to convene international action:

“The Erdogan government has taken the colonial ambitions of the Turkish state to a whole new level. Now the goal is to destroy all the achievements of the Kurds in the south and west of Kurdistan. If he can not achieve his purpose, then he will seek to encircle the Kurdish territories and drown them. END_OF_DOCUMENT_TOKEN_TO_BE_REPLACED

– The Kurdish administration of Syria’s Afrin region indicated on Sunday that Kurdish-dominated forces fighting Turkey-backed groups in the area will shift from direct confrontation to guerrilla tactics.

“Our forces are present all over Afrin’s geography. These forces will strike the positions of the Turkish enemy and its mercenaries at every opportunity,” Othman Sheikh Issa, co-chair of the Afrin executive council, said in a televised statement.

“Our forces all over Afrin will become a constant nightmare for them. 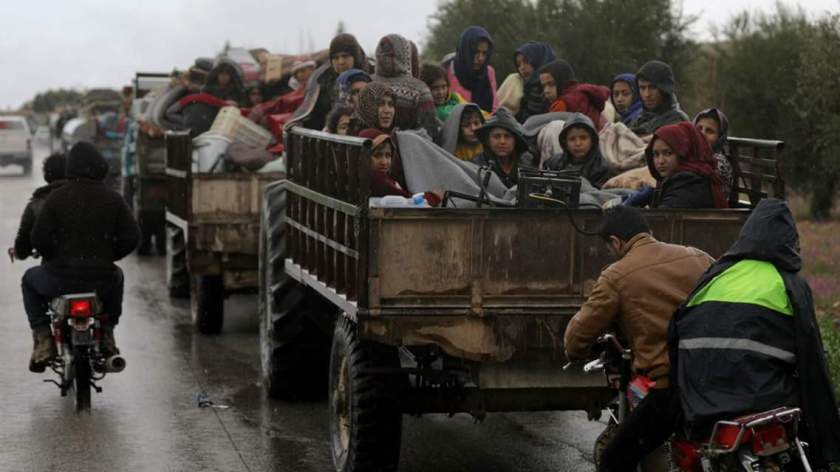 ”The YPG is now facing some of the same Isis fighters in Afrin with whom it fought over the past four years.” Turkey pays $300 a month to the 25,000 ex ISIS and Jihadis to kill Kurds (http://www.independent.co.uk/news/w… #BreakSilenceOnAfrin #DefendAfrin #YPGPressOffice

Turkish forces and their Syrian rebel allies swept into the northwestern Syrian town of Afrin on Sunday, raising their flags in the town centre and declaring full control after an eight-week campaign to drive out fighters from the Kurdish YPG militia.

Issa said Kurdish fighters had shown “unparalleled steadfastness and resistance” in the fight, but that Kurdish authorities had decided to evacuate civilians from Afrin “to avoid a worse humanitarian catastrophe”.

Defeated but defiant. Reports of massacres  by Turkish troops and  the mercenaries of FSA came from around Afrin  as the NATO tanks finally rolled in.

Indefinite hunger strike for Afrin to launch in Geneva todayhttps://anfenglish.com/news/indefinite-hunger-strike-to-launch-in-geneva-on-march-19-25578 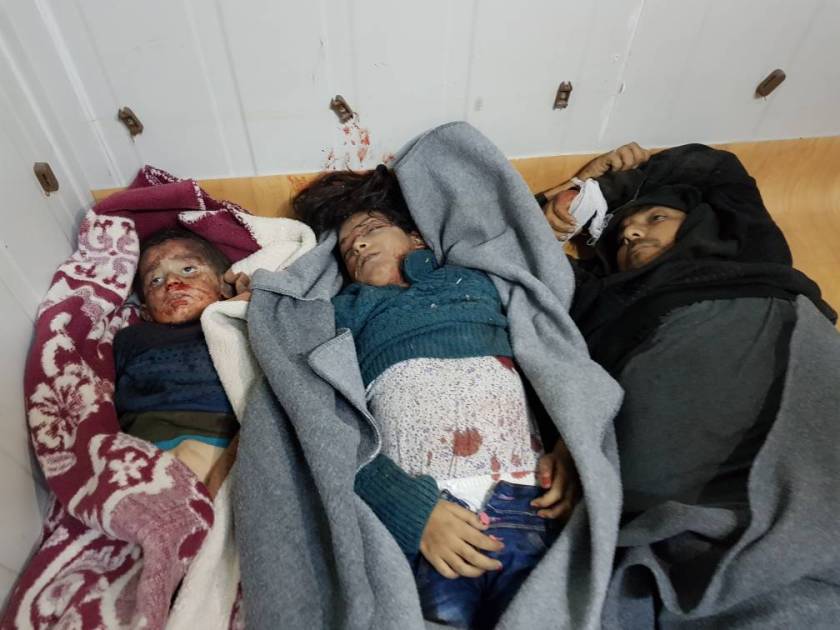 Call for a boycott of Turkish goods and tourism for Afrin https://anfenglish.com/news/call-for-a-boycott-of-turkish-goods-and-tourism-for-afrin-25521

The Internationalist Commune calls on everybody to join a day of action and global solidarity, as the one that took place on 1st November 2014 for Kobane. ANF; NEWS DESK; Friday, 16 Mar 2018, 13:34.     #WorldAfrinDay 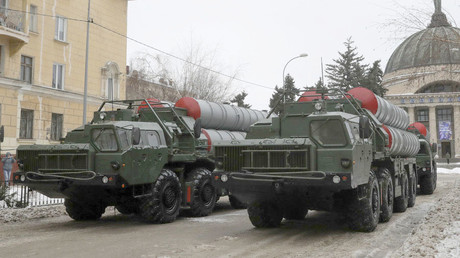 Russia to speed up S-400 deliveries to Turkey – Lavrov . Coinciding with Putin’s permission to bomb Afrin and Erdogan’s green light to phase 2 of The Russian Turkstream gas pipeline Moscow yesterday okayed the request by Ankara to speed up the delivery of its S-400 air defense systems to Turkey, Sergey Lavrov, Russia’s Foreign Minister, said after talks with visiting Turkish counterpart, Mevlut Cavusoglu.   Mar 15, 2018 02:13

Just 24 hrs before they started blasting the only progressive forces in the Middle East with US planes and German tanks the ‘Turkish Hitler’ Erdogan gave permission to Russia to build the 2nd #turkstream gas pipeline through Turkey into Europe. (see Jan 21 2018 Gazprom receives construction permit for second string of TurkStream)In return Russia was probably blackmailed to criminally okay the bombing. 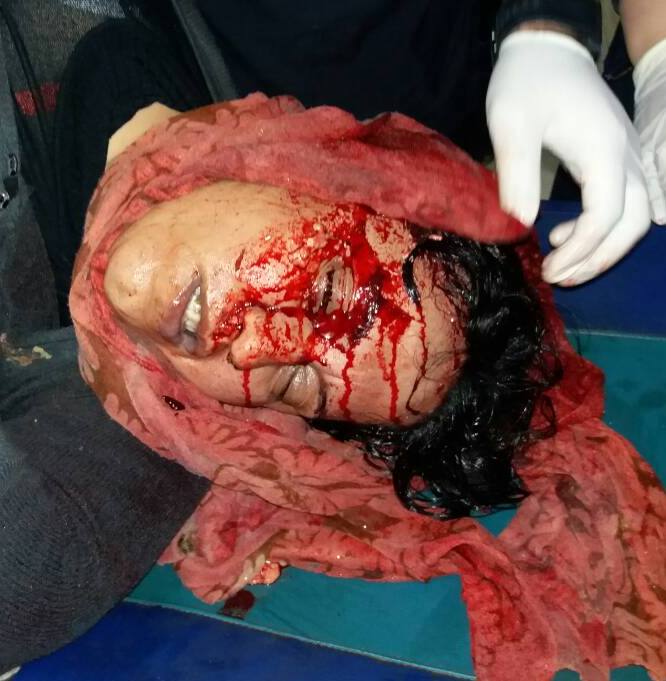 From daily The Independent in Britain, 7 February 2018:

Exclusive: Former Isis fighter tells The Independent that Turkey is using the name of the now defunct, Western-backed Free Syrian Army to conceal its use of jihadi mercenaries

Turkey is recruiting and retraining Isis fighters to lead its invasion of the Kurdish enclave of Afrin in northern Syria, according to an ex-Isis… 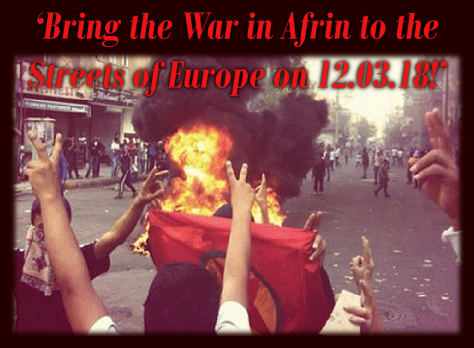 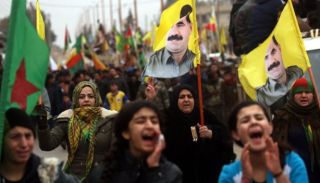 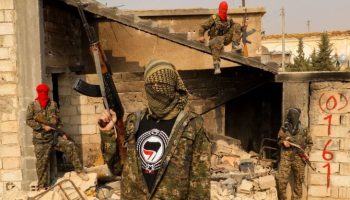 Last week saw the coming and going of International Women’s Day – a day that went curiously under-reported here in the US. The silence with which the day passed was surprising precisely because the past year has been so remarkable in an opposite sense, bringing an upsurge not only in recognition of, but also in action against, gender-based harassment, oppression and inequality.

Barring accidents voters in Russia will elect Putin again. Just when Turkey is invading and slaughtering people in Afrin, Syria, with Putins personal permission. With just one word ..NYET .. Putin could cancel the Fly Permission as he did before when Turkey shot down a Russian plane, and Erdogan’s invasion would grind to a halt. Now for gas pipelines and arms deals Russia lets the Turkish Hitler Erdogan indulge in genocide to boost his personal powers. But what a vile bastard is Putin, bathing in mass nationalist adulation, when with just one word he could STOP the massacre of a people and their brilliant revolution.

The #MeToo movement was but one manifestation of this welcome development. From January’s massive Women’s March – the largest single-day protest in American history – through scores of political and celebrity downfalls last summer and fall, to Steve Bannon’s admission last month that “this time is different” where white male overlordship is concerned, it is hard not to hope we’re approaching a new push to equality.