Here are the links to the latest books uploaded to The Anarchist Library in the last month or so.  All are free to read online and download in various formats

Beyond the Impossible — Author: Raoul Vaneigem

Title: Beyond the ImpossibleDate: 2012Notes: Published in L’Impossible #2, April 2012. Translated from the French by NOT BORED! on 16 May 2012.Source: Retrieved on 17th January 2019 from http://www.notbored.org/beyond-the-impossible.htmlRaoul Vaneigem –

”Concerning the “Yellow Jackets”: Everything is possible, even self – managing assemblies in the middle of street intersections, villages and neighborhoods”Vaneigem

The Prisons Must Be Destroyed — Author: Raoul Vaneigem

Title: The Prisons Must Be DestroyedDate: 2004Notes: Written by Raoul Vaneigem in 2004. Translated from the French by Jordan M.L., 2005. Footnotes by NOT BORED!, except where noted.Source: Retrieved on 17th January 2019 from http://www.notbored.org/prisons.html

Title: Six Questions for Raoul VaneigemSubtitle: “A Radical Change Is At Our Door”Date: 2007Notes: Questions posed in French by Javier Urdanibia. First published in Castilian in La Felguera #12, 2007.

Printed in French as part of Vaneigem’s book L’Etat n’est plus rien, soyons tout [Editions Rue des Cascades, 2010]. Translated from the French by NOT BORED! 19 May 2012.Source: Retrieved on 17th January 2019 from http://www.notbored.org/six-questions.html

The Anarchist Library on mobile

Indigenous Anarchy & The Need for a Rejection of the Colonizer’s “Civilization” — Author: ziq

Title: The Principle of FederationSubtitle: and the Need to Reconstitute the Party of RevolutionDate: 1863Notes: Translated by Richard Vernon. Only the first part and the first chapter of the second part are translated, as these were what Vernon considered “the theoretical core of the work”. Introduction and preface by Richard Vernon. Conclusion translated by Ian Harvey. Footnotes are both Vernon and Proudhon’s.Source: Retrieved on 09 December, 2018 from http://www.ditext.com/proudhon/federation/federation.html#11, introduction retrieved from http://www.ditext.com/vernon/proudhon.html and conclusion retrieved from Iain McKay’s Property Is Theft! Jan 9, 19

The Strait — Author: Fredy Perlman
Title: The StraitSubtitle: Book of Obenabi. His SongsDate: 1988Notes: Black and Red, Detroit.Source: Scanned and OCR’d from the original book by a librarianJan 6, 19

Title: The Ecology of FreedomSubtitle: The Emergence and Dissolution of HierarchyDate: 1982Notes: Converted September 2018; Published by Cheshire BookJan 5, 19

Title: My anarchismDate: 2018Notes: This text was written following the publication of « Contre l’anarchisme, un apport au débat sur les identités. [1]» It isn’t a conversation with the peddlers of ideas who let themselves spit sneakily on a diverse stream they are incapable of understanding. It is though a ”response to a response”[2] that was written answering this text, and which seemed to me as sorry as the first one was. Translation from french by Bus Stop Press.Source: original translation from frenchJan 5, 19

Notes on the Commune — Author: LL

Title: Notes on the CommuneDate: Spring 2012Notes: footnotes references at end are missing the textual reference.Source: copied out of Lawless: a manual for warJan 5, 19

Anarchism at the End of the World — Author: Darren Allen

Title: Anarchism at the End of the WorldSubtitle: An Introduction to the Instinct that Won’t Go AwayDate: 10th December 2018Source: Retrieved on December 10, 2018 from http://expressiveegg.org/2018/12/10/anarchism-at-the-end-of-the-world/Jan 5, 19

Notes on the Commune — Author: LL

Title: Notes on the CommuneDate: Spring 2012Notes: footnotes references at end are missing the textual reference.Source: copied out of Lawless: a manual for warDec 21, 18

Title: Arming Negativity: Towards the Queerest AttackSubtitle: A Response to “Beyond Negativity: What Comes After Gender Nihilism?”Date: 12/8/2018Dec 17, 18

What Is a Dispositif? — Author: Gilles Deleuze

From the State of Control to a Praxis of Destituent Power — Author: Giorgio Agamben

Title: From the State of Control to a Praxis of Destituent PowerDate: 2013Notes: Transcript of a public lecture by Giorgio Agamben delivered to a packed auditorium in Athens on November 16, 2013.Source: https://roarmag.org/essays/agamben-destituent-power-democracyDec 16, 18

Social Wealth Must Belong to Those Who Created It — Author: Louis-Auguste Blanqui

Title: Social Wealth Must Belong to Those Who Created ItDate: 1834Source: Retrieved on December 8th, 2018 from https://blanqui.kingston.ac.uk/texts/social-wealth-must-belong-to-those-who-created-it-february-1834Dec 16, 18

Title: Address to the LivingSubtitle: Concerning the Death That Governs Them and the Opportuneness of the Present Moment for Getting Rid of ItDate: October 16th, 1989Notes: Translated by Jordan Levinson in 2005. Six missing paragraphs (four in “Against Anti-Terrorism” — which was missing completely, the last from “To Rediscover a Blooming Childhood…” and the first from “The Time Torn from the Living”) were subsequently translated from the printed edition, that also served as a basis for adapting segments of the text and for organizing the chapters.Source: Retrieved on October 2nd, 2018 from http://inventin.lautre.net/livres/Vaneigem-Address-to-the-living.pdfDec 16, 18

Title: War and Peace in KurdistanSubtitle: Perspectives for a political solution of the Kurdish questionNotes: Published by: International Initiative Freedom for Abdullah Ocalan – Peace in KurdistanSource: http://www.freedom-for-ocalan.com/english/download/Ocalan-War-and-Peace-in-Kurdistan.pdfDec 16, 18

Declaration on the Democratic Solution of the Kurdish Question — Author: Abdullah Ocalan

Title: Declaration on the Democratic Solution of the Kurdish QuestionSubtitle: The Defence Arguments that the Head of the PKK ABdullah Ocalan Presented at “The Trail of the Century”Date: 1999Notes: This is Ocalan’s 1999 defense in courtSource: https://web.archive.org/web/20071020183517/http://www.geocities.com/kurdifi/ocelan.htmlDec 16, 18

by  https://theanarchistlibrary.org/special/index  shared with thanks
illustrations added

Like Loading...
Here we have copied the links with notes to over a hundred books now included in The Anarchist Library in the past 2 months. ALL ARE FREE TO READ AND DOWNLOAD 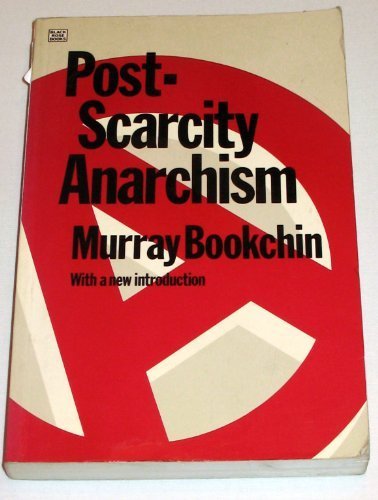 An Invitation to Desertion — Author: Bellamy FitzpatrickTitle: An Invitation to DesertionDate: Spring 2018Notes: Backwoods is Edited by Bellamy Fitzpatrick, Fera Sylvain, and Thuggy Whiskers, PhD. Backwoods is published twice a year by Enemy Combatant, publishers of anarchist books and pamphlets, with and eye to small scale, low-tech, and natural materials, as much as is possible within the bowels of leviathan.Source: Backwoods: a journal of anarchy and wortcunning, No. 1, Spring 2018. Retrieved on September 22, 2018 from https://viscerapvd.files.wordpress.com/2018/06/bellamyfitzpatrick-aninvitationtodesertion.pdfSep 22

END_OF_DOCUMENT_TOKEN_TO_BE_REPLACED

New material on The Anarchist Library in July 2018, from feed, illustrations added. http://theanarchistlibrary.org Read and Download Everything for Free. (all these in the English section, there are 10 languages). 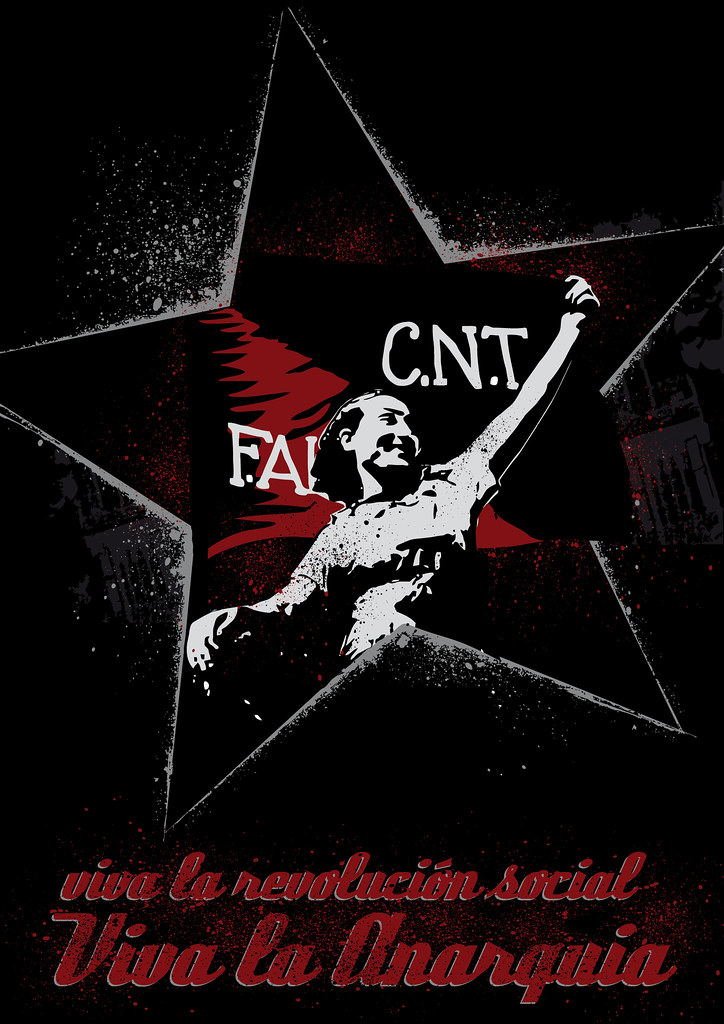 Alexander Berkman: The Idea is the Thing

Here is a thoughtful piece on social change by Alexander Berkman. A version of this essay formed part of Berkman’s classic introduction to anarchism, Now and After: The ABC of Anarchist Communism. Informed by a lifetime of struggle and involvement in the international anarchist movement, and having witnessed the triumph of the Marxist dictatorship in Russia and the rise of fascism in Italy, Berkman was well situated to comment on the problem of achieving far-reaching social transformation in the face of reaction.