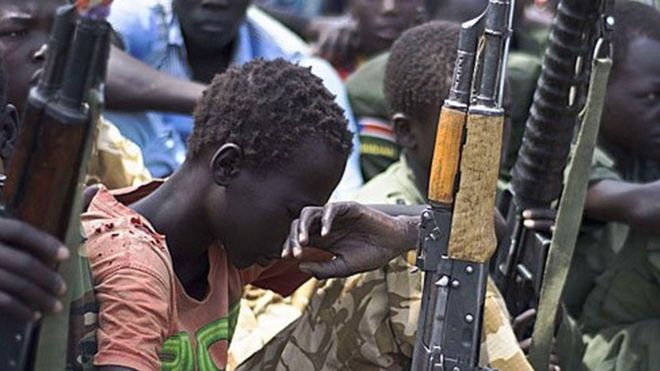 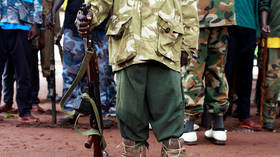 by  AndreeaCampeanu,   .. shared with thanks
by RT     The Saudi-led coalition in Yemen is recruiting Sudanese child soldiers from war-torn Darfur to serve on the front lines, according to a new report claiming children as young as 14 comprise up to 40 percent of some units.

Reports from Sudanese soldiers who’ve returned from Yemen indicate up to 14,000 Sudanese have been fighting for the Saudi-led coalition. Most hail from Darfur, a region still mired in chaos after a prolonged and bloody war that saw 300,000 people killed and 1.2 million displaced from their homes, and many are children, according to a shocking report from the New York Times. 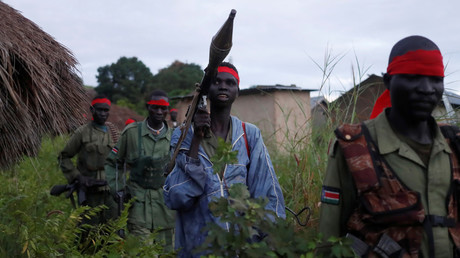 So few are opportunities in war-torn Darfur that some families actually bribe militia officers to take their sons to fight in Yemen, according to the report. The Times interviewed five fighters returning from Yemen who confirmed children as young as 14 comprised at least a fifth of their units. Two soldiers said the proportion was closer to 40 percent. END_OF_DOCUMENT_TOKEN_TO_BE_REPLACED

A six-year-old boy is held by his mother at a malnutrition intensive care unit at a hospital in Hodaida, Yemen. (Photo:Reuters)

Yemen is hemorrhaging. After more than three years of a brutal and genocidal war waged by a U.S/U.K-armed Saudi Coalition against 27 million Yemenis, life in Yemen has been reduced to a diseased, starving, mutilated and preyed upon nation that is still resisting some of the world’s most powerful nations in their attempts to drive Yemenis to their knees.

In May 2018, Sir Roger Carr, chairman of BAE, gave a speech to shareholders at the BAE AGM. “There is no doubt that 2017 was a successful year as reflected in our sales, profits and cash flow, which, I am pleased to say, has supported an increase in your dividend for the year to 21.8pence per share.”

Shareholders in arms production benefit from bloodshed globally. The deaths of Yemeni children pay “healthy” dividends. In 2015 the UK exported £ 2.94 billion in arms to Saudi Arabia over a period of 9 months. The illegal aggression against Yemen began in March 2015. BAE jumped at the opportunity to reap a harvest from the murder of Yemeni civilians. According to Amnesty International:

“They (UK) recently diverted a batch of 500-pound ‘Paveway IV’ bombs to Saudi Arabia. These bombs are used by Tornado and Typhoon fighter jets, both of which are manufactured and supplied to Saudi Arabia by the UK arms company BAE Systems.”

In May 2018 Carr said “our customers are our lifeblood” while those customers shed blood globally. Saudi Arabia is crucial to BAE’s success in the arms industry and is its third largest market sector after the U.S and U.K.

“According to the company’s own figures for 2015, the Saudi military market helped boost its overall performance. Sales increased by £1.3 billion to £17.9 bn.” END_OF_DOCUMENT_TOKEN_TO_BE_REPLACED

”The Saudi State only exists so the US can rule the Oil Market. Terrorism, extreme misogyny, slavery and mass murder are therefore acceptable with impunity”.

This video is called The Famous Chess Trap In Action By Anna Muzychuk.

from  The Independent             ‘I am ready to stand for my principles’: Double world chess champion says she won’t defend titles in Saudi Arabia because of kingdom’s inequality

The Ukrainian, 27, will not travel to Saudi Arabia, where she wouldn’t even be allowed to walk down the street unaccompanied

”It would be great if the Ukrainian government would have principles as well, and would follow the example of this chess player by stopping selling Ukrainian warplanes to the Saudi absolute monarchy for their bloody war on the civilian people of Yemen. However, as they are waging their own bloody war against their own compatriots, I am afraid they won’t do that unless they are under big pressure to stop”. END_OF_DOCUMENT_TOKEN_TO_BE_REPLACED

According to various sources consulted by Radio Bilbao, each container has capacity for 28 tonnes, which would mean that 8,656 tonnes could have been sent to that destination in just ten months.

Greenpeace, in the “Arms under Control” campaign, calls on Basque administrations to rule against these shipments and calls on the central government to stop being an “accomplice” in the war against Yemen.

The details of what they contain, whether ammunition, armaments or projectiles, are unknown, but all include that stamp of “Explosives” bound for Saudi Arabia. END_OF_DOCUMENT_TOKEN_TO_BE_REPLACED 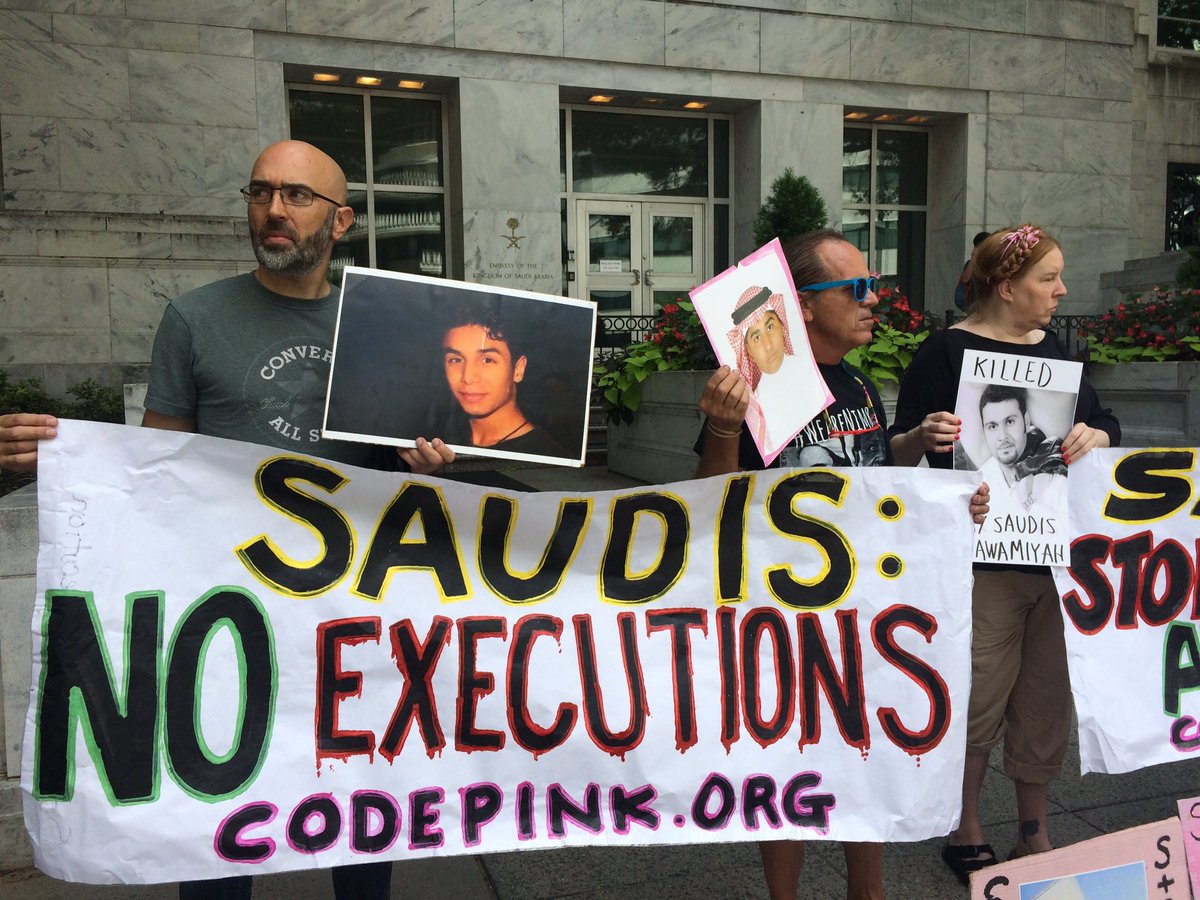 by Middle East Eye   Posted by Lou           Saudi Arabia defended its decision to execute more than a dozen Shia activists involved in demonstrations during the 2011 and 2012 Arab Spring revolts.

In a rare statement, the Saudi authorities said it had sentenced the activists to death based on a fair trial.

Human-rights activists claim that some of the sentenced men were tortured and forced into making false confessions. This later led to them being convicted to death in a secretive counter-terrorism court.

The group included a teenager who was arrested at the airport before boarding a flight to visit a university in Michigan, and a youth who is half-deaf and nearly blind, activists said.

Shias in the Sunni-majority kingdom have long complained of discrimination and harassment by fanatical Sunni authorities.

Middle East Eye this week reported on the continued siege Saudi authorities have imposed on a Shia-majority town in the east of the country.  see.. Saudi Arabia’s Orwellian “Development Plans” For The Shia Town It Just Flattened

END_OF_DOCUMENT_TOKEN_TO_BE_REPLACED

We are witnessing an astonishing new level of human depravity in which the US sells $110,000,000,000 worth of arms to the terrorist  Saudi state while actively aiding it in bombing and starving it’s neighbours to death.

President Trump mouthes platitudes of ”alternative truth” in the middle east and is applauded by Western media, the sunni States and even the UN in a veritable cacaphony of hubris and damned lies. 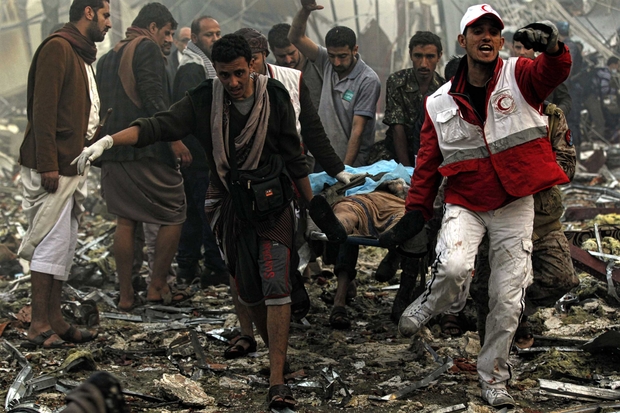 Next day we read of a massive cholera epidemic but no one makes the connection. The coming Yemeni genocide is an object lesson, with the proof open to any blogger in the internet, of the capitalist insanity whereby just one day of arms spending could save the infinite suffering of poverty and lack of health services on the planet.

One  big ubiquitous lie is that President Hadi is legitimate president of Yemen. He lives in Saudi Arabia, he was appointed by Saudi and the US with no other candidate as a 2 year interim president. .. then he REFUSED TO STEP DOWN or implement any of the agreed power sharing reforms, and continues rejecting the latest UN peace plan solely to retain illegitimate personal power. END_OF_DOCUMENT_TOKEN_TO_BE_REPLACED 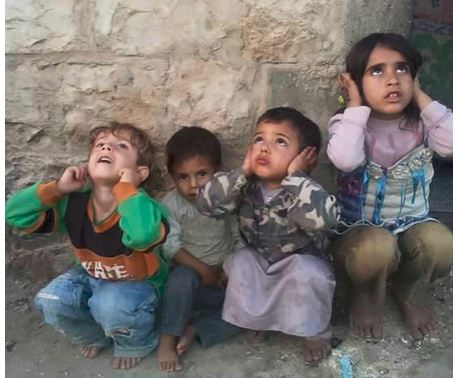 http://insurgente.org    A Spanish firefighter could receive up to four years of suspension from his job after he refused to approve a weapons and explosives-laden shipment from the port city of Bilbao to Saudi Arabia for potential use in Yemen.

Speaking from the town of Getxo, on Friday, Biscayan firefighter Inazio Robles said he refused to supervise the 26-countainer shipment after his superiors confirmed its contents and destination.


4,000 tons of explosives, bombs and detonators, .. used to kill civilians in the invasion of Yemen.

A firefighter who on 13 March refused to hold a check in a shipment of arms in the port of Bilbao will be sanctioned. The weapons, 4,000 tons of explosives, bombs and detonators, were directed to Saudi Arabia and were to be used to kill civilians in the invasion of Yemen. END_OF_DOCUMENT_TOKEN_TO_BE_REPLACED