The owner of the  squatted garden in Prosperitat, Barcelona gets $3,000,000,000 a year from the USA for ‘military services’

On June 21 the squatted garden collective  in the working class  Prosperitat neighborhood in Barcelona had a second eviction Case, this time by the new owner, the vulture fund, Cerberus belonging to Trump’s favourite billionaire, the mega parasite Steve Feinberg.

Cerberus is preparing the bullying or eviction of thousands of homes bought in lots in poorer neighborhoods to then gentrify and resell at exorbitant prices.

The gardens, which have been squatted for 3 years, (previously abandoned for 10 years) are described as “a model of anarchist functioning” and have the unanimous support of the entire neighborhood, from the town hall to the neighbour’s cat. It is also known as an ‘Agora’, a free space for all kinds of activities.

The first failed eviction attempt was by the BBVA .. the parasite bank, which, despite being ‘rescued’ with an incredible 12 billion euros of our tax money, continues to abuse with countless evictions, blatant speculation and harmful practices, resisted by companions of the PAH. Obra Social and the Okupas.

BBVA even supports the mafia organization called Desokupa (squat evicters), formed by hired thugs who are evicting illegally while the police look the other way.

The  second failed eviction case resulted in another agreed suspension….VICTORY ..Perhaps for public relations reasons Cerberus doesn’t want to mix it with a community who love their garden, and prefer to quietly proceed with their other 100,000 properties Long live the squatted gardens..Date una huerta… an oasis of community spirit and common sense.

The garden had been sold as part of a huge ‘package’ to the jewish New York billionaire Steve Feinberg owner of  Cerberus, the $4,000,000,000 dollar vulture fund and advisor to Donald Trump. (The word ‘Cerberus‘ means a 3-headed Greek mythical monster!). In 2018, Donald Trump invitted Feinberg to head the President’s Financial Intelligence Board

It now  almost the same level as Blackstone, the leader of the 32 vulture funds that are devouring our homes, with more than 100,000 ‘assets’.

Cerberus  gains its billions taking advantage of death and the misery as a  “contractor” of the CIA in the wars of Iraq, Syria, Afghanistan, etcetera and invests in very cheap property, mainly from evicted mortgage and renter victims in Europe, much of it stolen from the public for not being able to pay abusive mortgages or rent on time. (In Spain you not only lose your home but have to continue paying back the mortgage).

Much of the money comes from its subsidiary DynCorp  as a hyper profitable military contractor, and thus indirectly from the US financial monopoly that can just ”borrow” for itself any amount because everyone is forced to trade in  US dollars. So Spanish tenants whose rent is sometimes nearly as high as their income are now often slaves to the US financial empire.

The owner and CEO of Cerberus, Steve Feinberg, has publicly applauded this ‘great opportunity in Europe’ to speculate or simply collect rents forever. On the other hand the new  semi socialist government has introduced a law to try and  slow down the rocketing rent price spiral.

As the Spanish Savings Banks Foundation (FUNCAS) warned, “private equity funds with large investments have begun to worry that many Spanish families, who make a living with poorly paid jobs, without security, are unable to pay today’s high rents. Many of those who can not pay have already been evicted from the apartments that are owned by the funds. ”.

Cerberus has come here to suck our blood and force us to work for them forever. But it has even worse crimes. In 2010 Feinberg/ Cerberus purchased DynCorp for $ 1,500,000,000, a major national security contractor with the CIA and the government of the United States.[17 wikipedia]

Feinberg has been described as “secretive” in The New York Times.[15wikipedia]  In 2007, Feinberg told Cerberus shareholders: “If someone in Cerberus has his picture in the newspaper and a picture of his apartment, we will do more than fire that person, we’ll kill him, the jail sentence will be worth it.”[16wikipedia]

The term ‘contractor with the military’ gives impunity and covers up all kinds of horrors.    DynCorp is a capitalist mafia endowed with impunity for a long series of mega crimes still being committed.  US government operations are privatized in order to directly empower and stuff the coffers of corporations linked to the ruling scum.

It is difficult and often dangerous to obtain and publish evidence against Dyncorp. In Iraq and Afghanistan, several billion dollars managed by Dyncorp have been “disappeared”.

”  [103wikipedia] An audit report from the US government  revealed that $ 1.300,000,000 was spent on a contract with DynCorp to train Iraqi police. [104] The auditors stated that the program was ”mismanaged” to such an extent that they could not determine how the money was spent. [104]

There is increasingly more evidence that a large scale human organ extraction industry has been operating in areas of conflict throughout the Middle East.

George Webb , who has explored organ harvesting worldwide,  has described how organ ‘harvesting’ complements human trafficking, illicit drug trafficking and arms smuggling in conflict areas such as Syria. However we have no access to definitive evidence that these ‘operations’ are organized directly by Dyncorp ..

” In the video series DynCorp Harvest,  George Webb also describes in an incremental way a tourist center of luxury medical tourism in the north of Haiti, financed by USAID and built by the Clinton Foundation, whose profitable activities are considered as a) a market for illegal organ harvesting, b) sex trafficking of people  and c) micro-credit loans that share the slavery of debt to DynCorp, the ‘contractor of covert and privatized services’ of the CIA “.

“These activities, in addition to blackmailing the police forces, politicians and industry influencers in compliance and service loyalty (the so-called Brownstone Operations) are the” natural and necessary “functions of the CIA, because , the company mistakenly believes it to be necessary to fund these same covert operations! In short, “We need to commit crimes so we can continue to commit crimes.” (Comment on Webb’s videos in Reditt)

Despite the scandal “Dyncorp was again hired to provide troops for the United States in Haiti  during this period ..

Among other scandals partly revealed we could highlight the atrocities of Plan Colombia and the Aerial operations of fumigation with carcinogenic Monsanto herbicides in southern Colombia. [91] as reported in the Permanent Peoples’ Tribunal, [93wikipedia], and well known before Feinberg bought Dyncorp in 2010.

Another huge business was sex trafficking in Bosnia involving thousands. Two employees, Ben Johnston, a former DynCorp aircraft mechanic, and Kathryn Bolkovac, a supervisor of the United Nations International Police Force, independently claimed that DynCorp employees in Bosnia had sex with minors and were selling them to each other like slaves.[95][96wikipedia] Johnston and Bolkovac were dismissed. Origins of Organ Harvesting in the Balkans

113.11.16. Eighty riot police expelled the inhabitants of La Profana in Barcelona and handed over the property to the same investment fund, Vauras Investment SL, registered in Luxembourg, which runs “superluxe” homes throughout Catalonia.

” .. DynCorp was investigated and it was discovered that he had been involved in the sexual trafficking of people and children for more than a decade. Kathryn Bolkovac, the United States peacekeeper, who was in charge of investigating the problem in Bosnia, was later demoted after exposing the practice among military officers.  US Congresswoman Cynthia McKinney boldly questioned former Defense Secretary Donald Rumsfeld. However, her questions were not answered and DynCorp continues to receive billions of dollars from taxpayers to this day”. ”

Many ‘incidents’ are mentioned and sometimes deleted from the wikipedia page. DynCorp convoy of the US Department of State  killed a taxi driver in Baghdad. According to several witnesses, the taxi did not pose a threat to the safety of the convoy.[107]  On July 30, 2010, a riot broke out when an Afghan car and a DynCorp vehicle crashed on a highway near Kabul International Airport.[119][120] 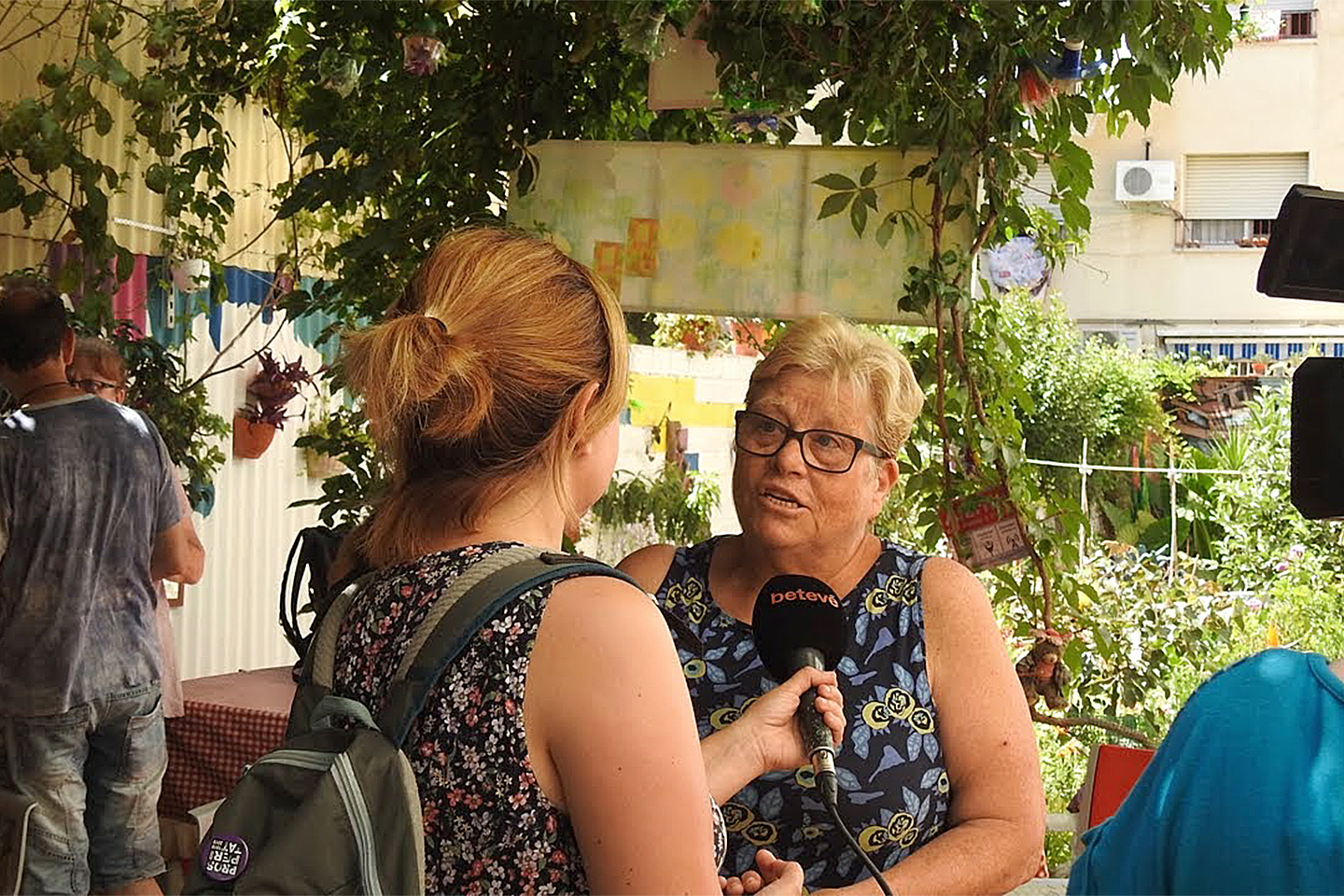 According to Mozambique media reports, the government of Mozambique seized and seized the shipment of 16 vehicles pending the outcome of investigations into the alleged tax evasion and deception of OTT Technologies Mozambique. [122wikipedia]

Operation of DynCorp in Afghanistan. 18 years of invasion and war by the US

DynCorp receives more than 96% of its more than $ 3 billion in annual revenues from the federal government of the United States..[8][9] The company has served the American military in several theaters, including Bolivia, Bosnia, Somalia, Angola, Haiti, Colombia, Kosovo and Kuwait.[10]

.So the owner of the squat garden of Prosperitat receives US $ 3,000,000,000 a year for  ‘military services’.  Cerberus is preparing with bullying or eviction of thousands of homes bought in lots in popular neighborhoods to later gentrify and resell at exorbitant prices.

However they have not wanted to mess with the squatters of La Prosperitat, the eviction was suspended for the second time and the occupied gardens continue for now, as an oasis of community spirit and common sense, challenging the ‘vilest vulture fund in the world’. 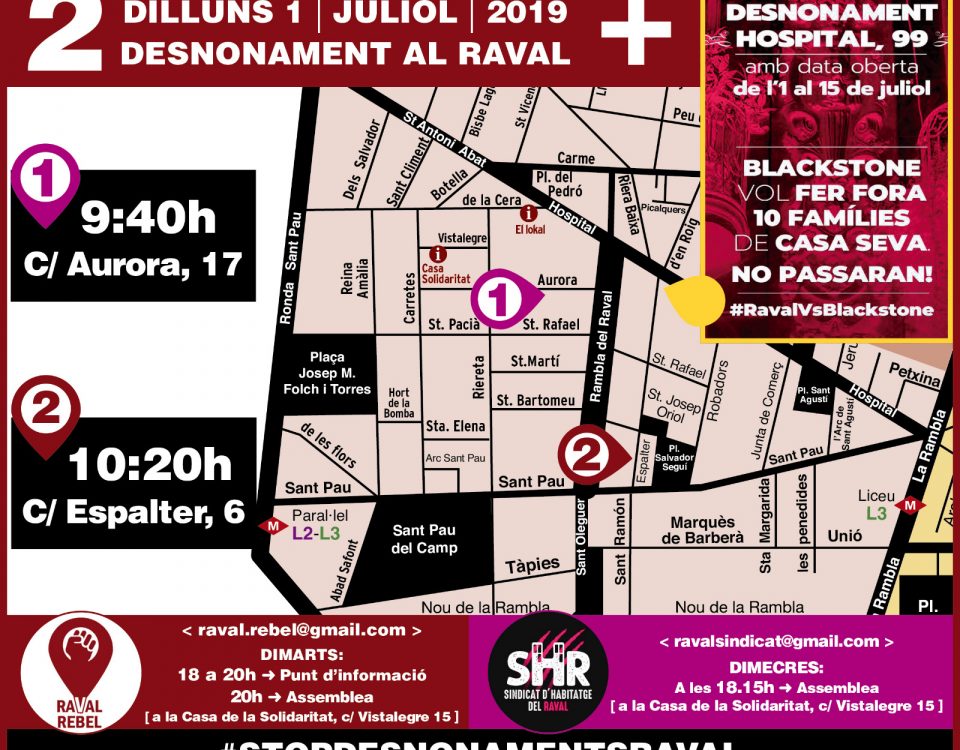 PIZZAGATE- DYNCORP INTERNATIONAL is the SCUM OF THE EARTH.